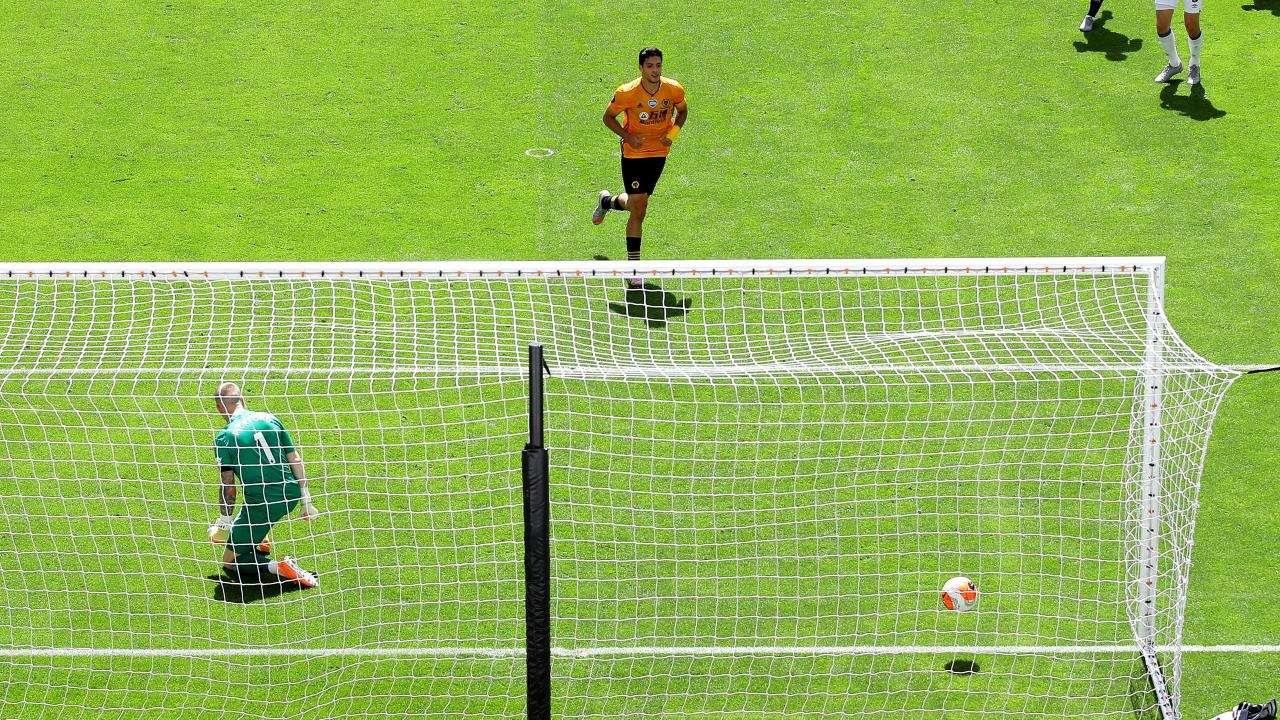 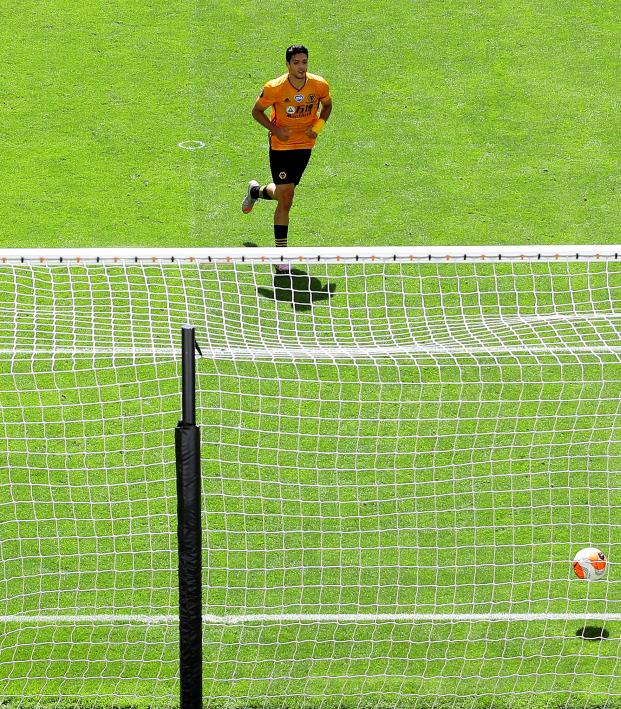 Reuters July 12, 2020
Another European adventure beckons for Jiménez and Wolves.

Wolves boosted its hopes of qualifying for the Champions League with an emphatic 3-0 home win over Everton in the Premier League on Sunday.

Victory lifted Nuno Espírito Santo’s side up to sixth in the standings with 55 points — four points behind fourth-placed Leicester City who plays Bournemouth later on Sunday. Everton remained in 11th place on 45 points, with Carlo Ancelotti's dreams of European qualification fading with only three games left in the season.

"What was important was the timing when we scored, the end of the first half and the beginning of the second half," Santo told Sky Sports. "It's very difficult for Everton to react at that moment and we were able to manage the game better."

Wolves took the lead in first half stoppage time when Daniel Podence was fouled by Lucas Digne and Raúl Jiménez maintained his 100% penalty conversion rate this season to score his 16th goal of the league campaign (25th across all competitions).

Raul Jimenez has now scored 25 goals across all competitions this season for Wolves.

Wolves' all-time top scorer in the PL adds to his tally. pic.twitter.com/WmzUu5j6sU

Leander Dendoncker doubled the lead straight after the interval when he directed a glancing header past the outstretched arm of Everton goalkeeper Jordan Pickford.

Podence nearly made it 3-0 just after the hour mark when his shot on goal was spilled by Pickford but the Englishman recovered quickly to claw the ball back before it crossed the line and technology confirmed he had made the save.

Diogo Jota sealed the three points after midfielder Rúben Neves found him with a pinpoint cross-field ball and the Portuguese forward chested it down before firing an emphatic half-volley past Pickford at the near post.

Everton defender Seamus Coleman said their performance was "shocking" after the Merseyside club failed to win a third game in a row.

"There's no hiding, they were better all over the pitch and we need to ask some serious questions of ourselves," Coleman said. "The attitude and desire is not there, we got beat by the better team. As individuals, as a club we need to be expecting better and the lads really need to dig in or that won't be good enough for this manager or this football club."