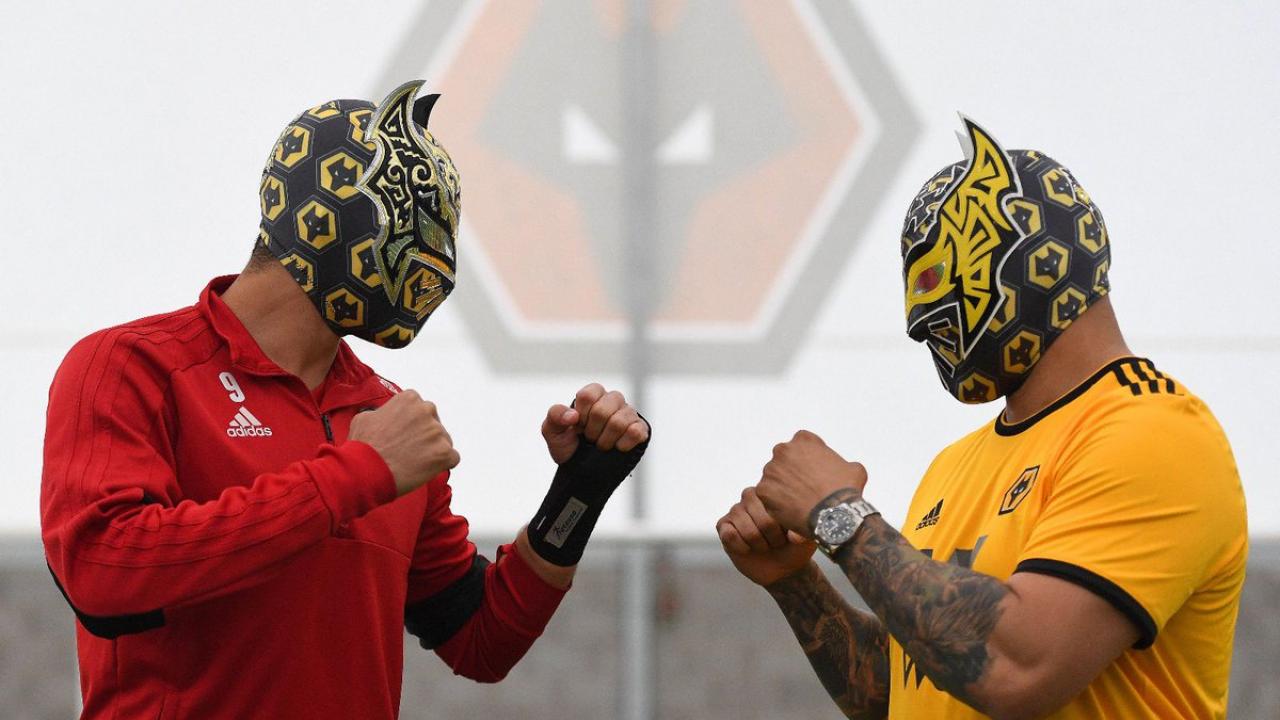 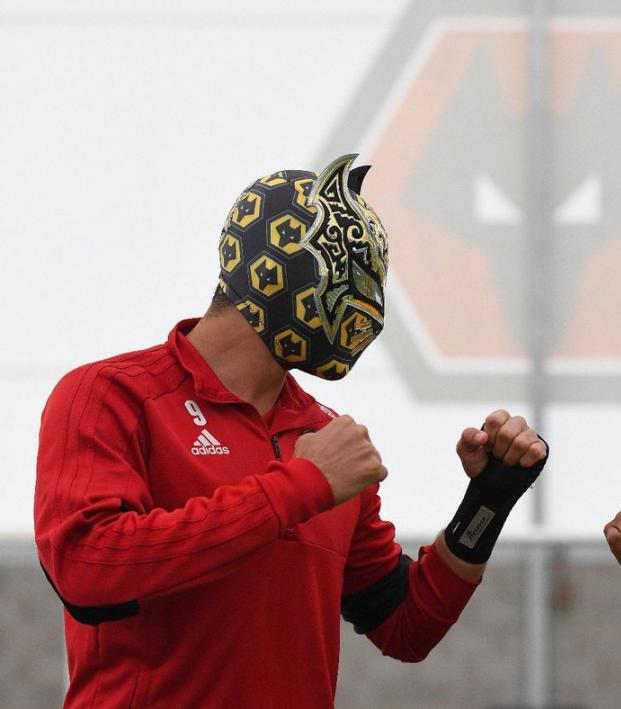 Felipe Vieyra May 14, 2019
Sin Cara and Raul Jimenez's bromance started with a loss and a mask.

Raúl Jiménez and WWE's Sin Cara have had a budding friendship this season.

Jiménez, who has been on fire for the Wolves, has been attracting attention from all over the world for his glittering performances for Wolverhampton. He first showed glimpses of his bromance with Sin Cara back during a FA Cup semifinal match where, after he put the Wolves up by two goals, he ran behind Watford's goal to grab something from underneath the goal post.

Sin Cara had designed and mailed that mask to Jiménez before that match, inspired to connect with Jiménez because of how resilient and consistent he has been in his first season in the English Premier League. Jiménez scored 13 goals in his first season. He became a regular for a Wolves side that had just made it out of the Championship last season and has gone on to end the current season in seventh place, an incredible feat by Nuno Espirtu Santos' men.

It has helped that they have had such a goal scoring threat on their side. Not everyone was a fan of the mask though, and Jiménez would later be ridiculed by Watford captain Troy Deeney. He would go on to chastize the El Tri star for putting on the mask and losing shortly after. Watford ousted the Wolves from the FA Cup tournament with Deeney scoring a penalty in extra time. The score ended 3-2 for Watford, booking a final match with Manchester City later this month.

Sin Cara showed up for his countryman and explained exactly the significance of the luchador mask to Mexican culture, which I agree in that we should allow players to be their most authentic selves off the field and on it. Lucha libre has been an integral part of Mexican culture dating back to the times that El Santo donned his legendary silver mask. Sin Cara explained: "The mask of the luchador has been and will always be part of our culture. It represents the spirit of the warrior that is inside all of us."

And there you have it folks. The start of a beautiful bromance. Jiménez would go on to invite Sin Cara to one of Wolves' matches. He was present at Wolves' last home match on May 4 against Fulham as the VIP guest for Raúl. Here's to hoping we'll be seeing more of that mask next season.