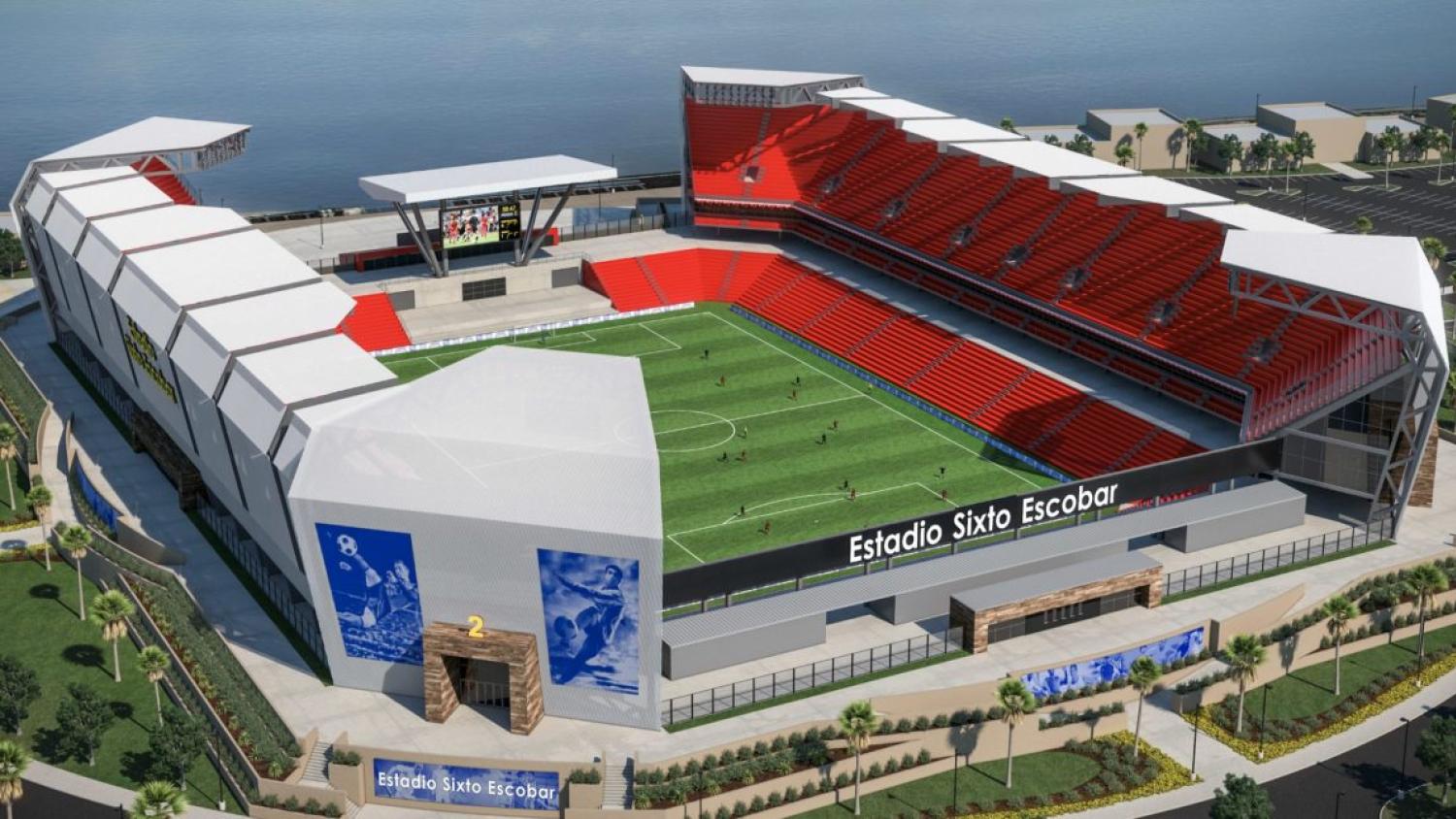 Three years ago, Hurricane Maria devastated Puerto Rico, leaving the territory’s infrastructure in shambles. Soccer was an afterthought, with hundreds of thousands left without homes and millions left without power.

This week, Puerto Rico revealed its road to recovery for soccer in the U.S. territory, with an ambitious plan to build green, eco-friendly stadiums that double as shelters during natural disasters — and a goal to qualify for the 2026 World Cup.

The Puerto Rico Soccer League unveiled its new logo and launched a revamped website on Wednesday to kickstart and highlight the territory’s footballing aspirations.

“Hurricane María forced us to see the world in a different way and with it a necessary rebirth,” said Joey Serralta, chairman of the Puerto Rico Soccer League. “As part of the process of reengineering the league, we also undertook the task of finding a person who understood world football to create the new image of the league. We found it in San Francisco. Chris Payne is not only a great graphic designer specializing in sports portals, but a man with great vision when it comes to soccer brands.

“And so, between brainstorm sessions with him, partners and members of the league, we arrived at this new image that will be our image for the start of the league in February 2021. The next step was to create a website and in that department we have the services of Blake Skidmore a subject matter expert and cybersecurity expert. This image is intended to create a movement not only in Puerto Rico but worldwide. It is the only way we can lay the foundation for a solid league and to reach the 2026 World Cup.”

But the logo and website were mere window dressing for the real meat of the Puerto Rico soccer project deserving mention: the emphasis on youth in the territory’s professional league and building green soccer stadiums that serve the public as much as the footballers.

Let’s start with the vision for LigaPro, a first division-quality organization to develop players beyond the age of 17 into professional footballers. What will make LigaPro different is finding owners with a vested interest in the league’s success. This self-funded project — along with the Puerto Rico Soccer League — aims to improve the quality of the national team in hopes of qualifying for the 2026 World Cup. That tournament will be hosted by the U.S., Mexico and Canada, make it more likely an underdog nation can qualify from Concacaf. The Puerto Rico Soccer League has been shut down since Hurricane Maria in 2017 and plans to restart in 2021 (Covid-19 hasn’t helped).

“LigaPro will develop 10 professional clubs that will produce 44 world class players, from which the starting 11 for the 2026 World Cup will arise,” PRSL said on its revamped website. “These young men are aged 12 to 24 today. Moreover, most of them will play professional soccer and receive scholarship offers. Our commitment is to them.”

Puerto Rico, a U.S. territory, is a FIFA member on its own (in the same way Scotland has its own national team). The national team will begin 2022 World Cup qualifying in Concacaf Round One Group F against Trinidad and Tobago, Saint Kitts and Nevis, Guyana and Bahamas. Should Puerto Rico advance through that group and fend off the Group A winner (headlined by El Salvador), the territory would take on the U.S. in the first match of the Final Round.

To aid the growth of the domestic leagues, Puerto Rico has detailed plans for new stadiums across the territory. With many of the old venues wiped out by Hurricane Maria, Puerto Rico has the ability to build from scratch. It’s an opportunity they’re taking full advantage of with what they’re calling PRSLSafeStadiums, which have already been recognized by the United Nations. The venues will be built with reinforced basalt rock fiber, which reduces the carbon footprint while also being lighter and stronger than traditional steel rebar.

“We plan to design and build football infrastructure throughout Puerto Rico with the best technologies and best practices developed to resist Cat-5 hurricanes and earthquakes of magnitude 7, so that our neighbors may find safe shelter within each and every PRSLSafeStadium,” the PRSL website said. “A dry, sheltered stadium that is three times stronger than if built with steel rebar and beams, powered with renewables so it will always deliver electrical power and meant to transform within hours into a community shelter that serves hot meals and tends to patients in its Players Clinic turned to Emergency Department.”

You read that correctly. These stadiums will be able to within hours repurpose into community shelters during emergencies. It makes so much sense you wonder why every major sporting venue isn’t built with the same mindset.

“Our commitment to an energy efficient and self-sustaining stadium project to help our environment requires that the league adopt a Zero Carbon Footprint by 2030 Mandate,” Serralta said. “The whole league from top to bottom is committed to saving our planet. Our design of an eco-system that supports that mandate is clear evidence of our steadfast commitment and will provide the financial stability and backbone necessary to achieve our goals.”

Construction has already begun in many instances and it will be exciting to track the progress of this Puerto Rico soccer initiative. At a time when it’s easy to grow frustrated with U.S. Soccer, it’s good to see one part of the country producing a solid vision for the future of soccer. Because Puerto Rico knows better than anyone that you can’t just throw paper towels at a problem and call it a day.