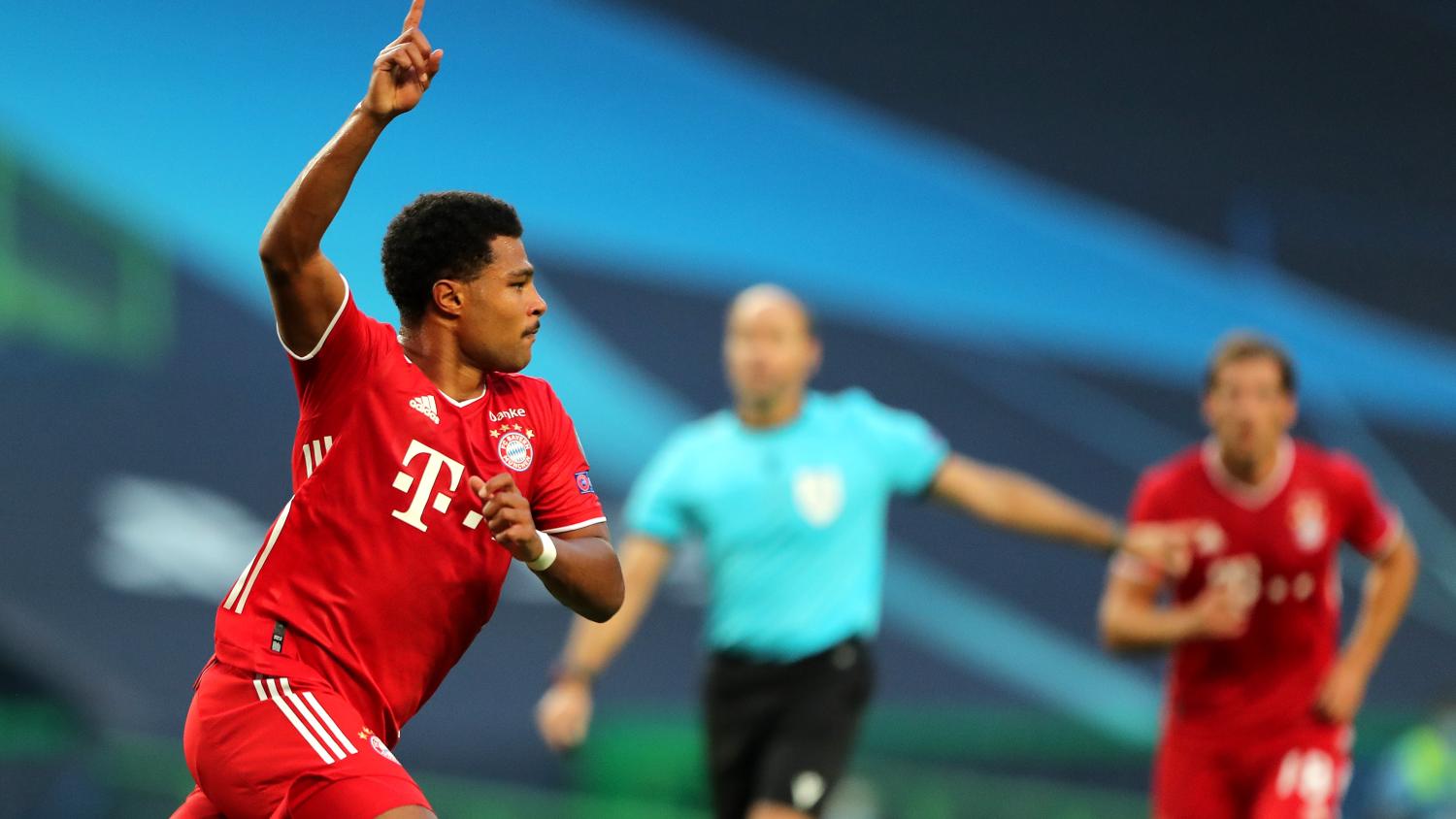 Lyon is twice as good as Barcelona after only losing 3-0 to Bayern Munich in the UCL semifinals.
Getty Images

Serge Gnabry scored twice in the first half and Robert Lewandowski provided his obligatory goal in the second as the German giants stifled Lyon 3-0 on Wednesday in Lisbon to advance to the Champions League final. Bayern will play Paris Saint-Germain on Sunday for the completion of an unorthodox but epic 2020 Champions League season.

While Lyon’s Cinderella season came to an end (it finished seventh in France, tied for third in Europe), there was no shame for the Ligue 1 side that overcame all expectations, taking down title favorites Juventus and Manchester City en route to the semifinals. And if we’re being honest, Lyon’s 3-0 loss to Bayern looks pretty damn good right now after what Bayern Munich has done to opposition in the Champions League this season.

Die Roten have been nothing short of devastating throughout the 2019-20 Champions League. In Group B, they won all six games with 24 goals for, five against — Steve Nash is still trying to cope with that 7-2 beatdown they put on his Spurs.

The Round of 16 saw Bayern eviscerate Chelsea 7-1 on aggregate, after which the competition moved to single elimination because the novel coronavirus pandemic forced a streamlined version of the tournament. No one will ever forget what happened next in the quarterfinals: an epic 8-2 demolition of Barcelona that could impact the Spanish club for years to come.

By those standards, Lyon acquitted itself quite well on Wednesday. Had a few bounces gone its way, the match could’ve been far different.

Despite the final score, it was Lyon that had the best chances early in the match. A couple minutes in, Memphis Depay broke away from the Bayern defense but Manuel Neuer’s gutsy high positioning forced the former Manchester United forward to shoot wide.

A golden opportunity squandered for Memphis to start the match  pic.twitter.com/C0j5ITRAgS

Lyon then struck the post in the 17th minute, but much like in Lyon’s win over Manchester City on Saturday, a miss on one end spurred a make on the other. This time the French side was on the conceding side of the exchange as Serge Gnabry used his low center of gravity to rip a brilliant opening goal in the 18th minute.

Serge Gnabry drifts through four Lyon defenders before cracking one in at the top of the box. 1-0 Bayern.pic.twitter.com/cqonl0STXp

Gnabry popped up for a second 15 minutes later. Lewandowski didn’t have himself the best of games, but he’ll happily take an assist on this blunder.

I just hope Robert Lewandowski gets the assist. 2-0 Bayern.pic.twitter.com/Ij6f8TSCqA

Unlike against Barcelona, Bayern couldn’t pull away from Lyon in the second half.

Karl Toko Ekambi nearly pulled one back in the 58th minute.

Lyon continued to threaten here and there but Bayern Munich’s defense — which has conceded eight goals in 10 matches now — was impregnable.

Eventually, Lewandowski reaffirmed his status as the world’s best center forward by heading in the goal to clinch the victory in the 88th minute.

Lewandowski now has 15 goals in the Champions League, two behind the all-time record set by Cristiano Ronaldo (and with fewer games so far). Incredibly, he’s scored in every single Champions League match this season, a mind-boggling statistic.

Bayern, which has beaten clubs by an average of 4.2-0.8 goals per game, will now meet PSG in the final in what is sure to be a memorable match between Neymar and Coutinho.