Preview: Liverpool-Man City a chance for Núñez to show he can rival Haaland 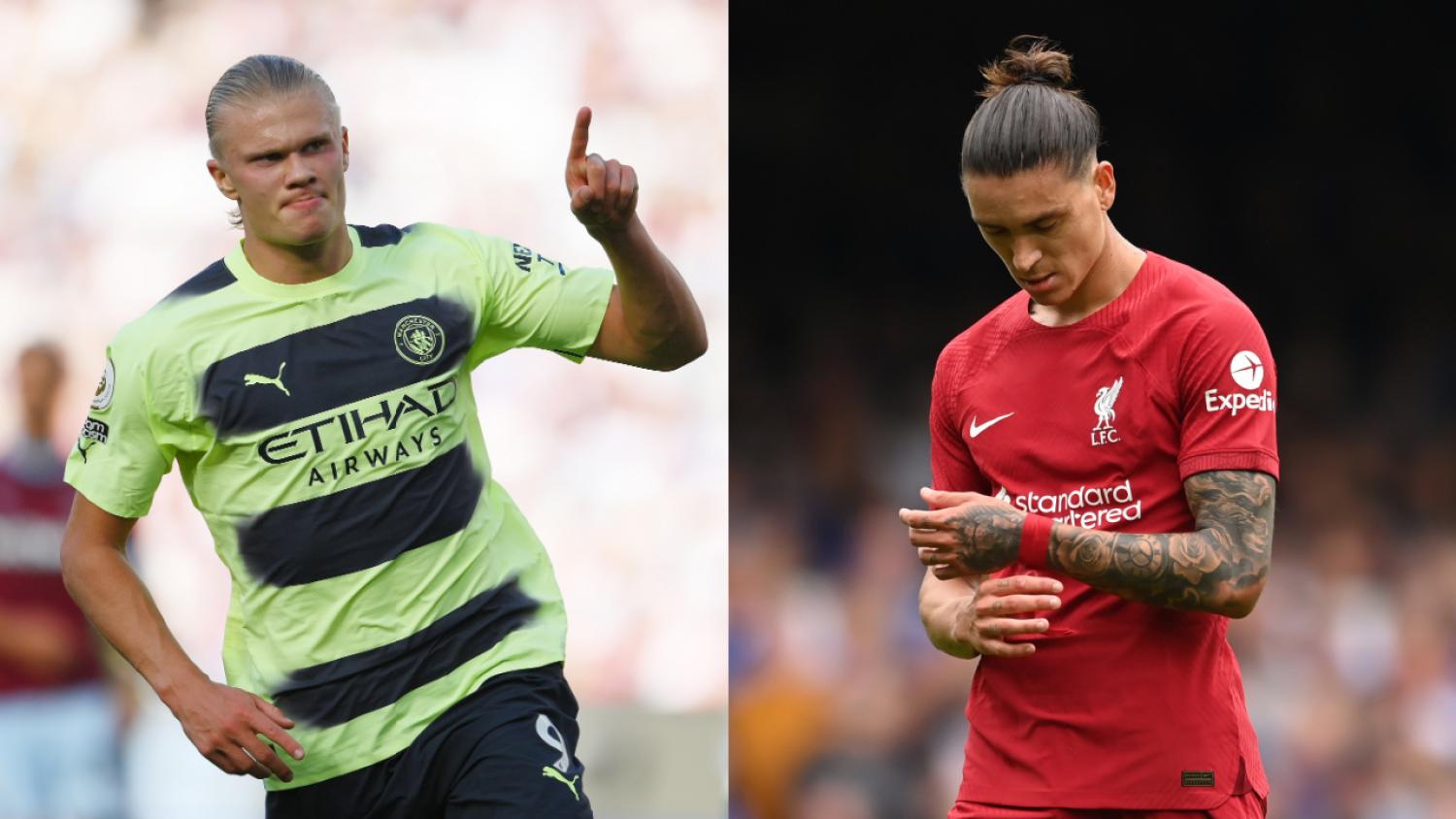 The striker rivalry has been no contest so far, much like the gap between the Reds and City.
Getty Images

MANCHESTER, England - Both Manchester City and Liverpool spent big to revamp their striker department in the close season, with Erling Haaland and Darwin Núñez tipped to be rivals atop the goalscoring charts, but so far it has been no contest.

City's capture of Haaland and Liverpool's addition of Núñez represented a style shift for both, focusing their forward lines around a central striker, as last season's title rivals tried something different.

Núñez was much coveted after his impressive rise at Benfica in Portugal, persuading Liverpool to part with $73.28 million to bring in the Uruguayan. The results have been moderate so far, but the same cannot be said for City's new phenomenon. The doubters suggested Haaland's incredible goalscoring feats at Borussia Dortmund in Germany could not be as easily replicated, but the Norwegian has made light work of silencing such talk ahead of City's trip to Liverpool on Sunday.

Haaland has played in nine Premier League games to date, but nonetheless already holds the record for most goals (15) and most goal involvements (goals and assists combined, 18) in a player's first 10 appearances in the competition's history. The most goals a player has scored over any 10-game stretch in the competition is 16 by Luis Suárez for Liverpool between October-December 2013.

"It's unbelievable honestly," City forward Jack Grealish told BT Sport when asked about Haaland after last week's win over FC Copenhagen in the Champions League. "I've never witnessed anything like it in my life. For the first and second goals I was just laughing. He is always there. The keeper said something to me as I was walking back. He said 'he's not human!' I said 'you're telling me?'"

Núñez's initiation to life in England has been tumultuous, given he was sent off on his home debut in August for an apparent headbutt, and was forced to miss three games through suspension.

Three goals from five starts in all competitions is a more than respectable return, especially for a new player at a new club, settling into a new country. It is just that Haaland, and his City team, continue to raise the bar to unprecedented levels. Two of Núñez's goals have come in his last two games, against Arsenal and Rangers, suggesting that he is starting to reach something like a Haaland-type output.

"You could see with Darwin that it meant the world to him," Liverpool coach Jürgen Klopp said after Núñez's goal at Rangers in their rampant 7-1 win. "The relief is big. All the effort is paying off. Let's hope he can go on from here."

Back to back matches with a goal for Darwin Núñez, evolution. pic.twitter.com/30C3rokylk

Sunday's clash would be the perfect time to show that, on his day, Núñez can score goals against the very best around. The problem is, Haaland, rested in midweek, will be out to do the same, with any defense, so far, powerless to stop him.