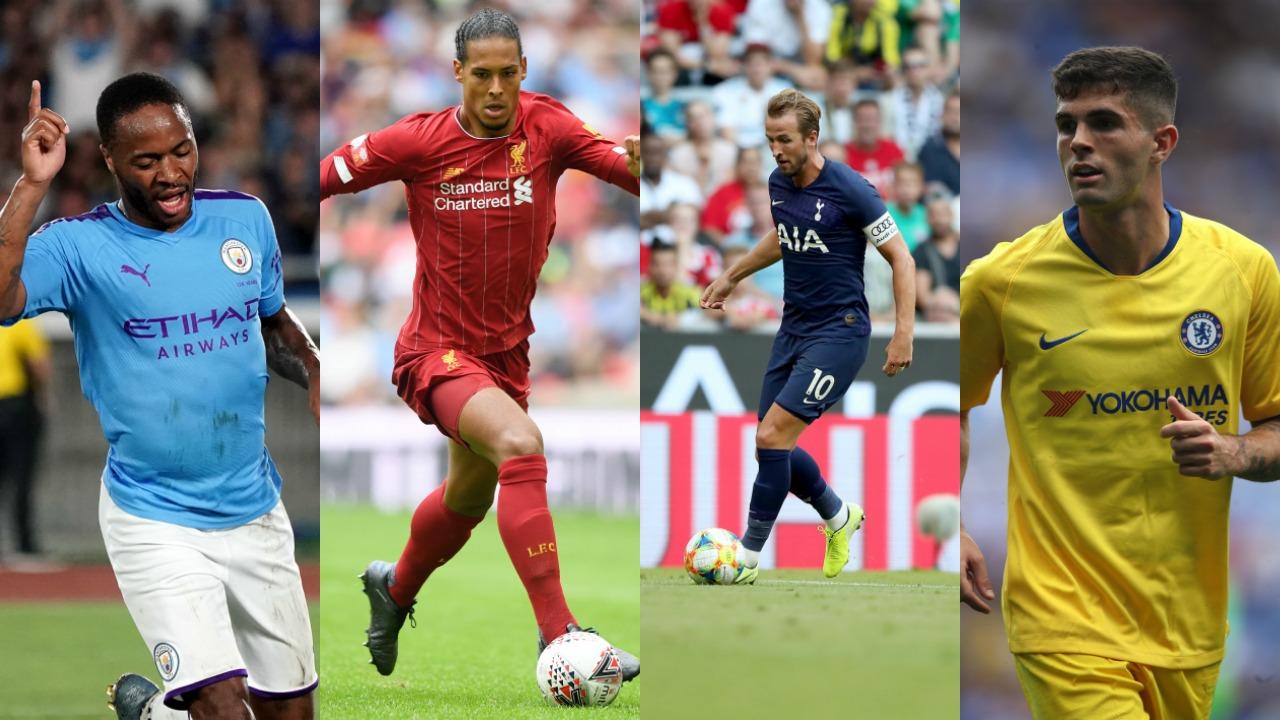 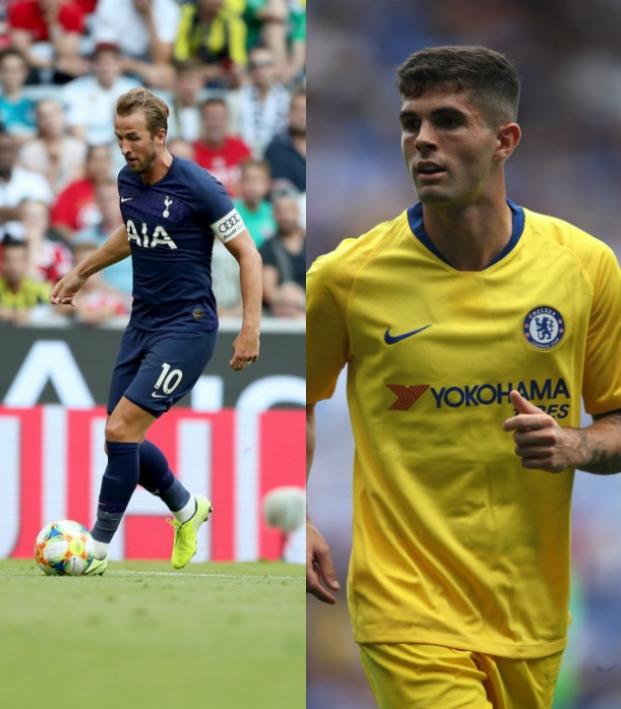 Premier League Preview And Predictions: How Your Club Will Win It All Or Get Relegated

Connor Fleming August 8, 2019
At the start of the new campaign, here's your primer on the new faces and countless graces that'll be bestowed upon us.

The 2019-20 Premier League season kicks off on Friday, Aug. 9, with a match between last season’s runner-up Liverpool and newly promoted Norwich City at Anfield. The title fight between Liverpool and Manchester City will again be epic, while the rest of the ‘Big Six’ attempts to close the gap. Here are our Premier League predictions 19/20, including reasons why each club could win it all or get relegated to the Championship.

Why they’ll win the title: The addition of Pépé adds another 20 goals to Arsenal’s haul, giving the Gunners an attack that rivals that of City and Liverpool. Year 2 of Unai Emery sees the club shed more of its Wengerian defensive frailties, and the club’s oft-criticized center backs transform into actual monsters.

Why they’ll get relegated: After conceding more goals than 13th-place Newcastle last year, the defense is even worse this time around without Laurent Koscielny and with an increased emphasis on Shkodran Mustafi. Mesut Özil provides zero goals and zero assists in 38 starts.

Why they’ll win the title: Coming off his finest season as a professional, Jack Grealish continues to get better and takes the EPL by storm while a summer expenditure of nearly $180M proves entirely genius.

Why they’ll get relegated: Villa “do a Fulham” and all that money was wasted, Wesley’s left leg being longer than his right turns out to be an unmitigated disaster and a side that shipped a hearty total of 61 goals in the Championship concedes 80 in the EPL.

Why they’ll win the title: It’s Bournemouth’s fifth straight season in the EPL and that stability is personified by the presence of the division’s longest-serving active manager, 41-year-old whizkid Eddie Howe. Callum Wilson wins the Golden Boot, 22-year-old talent David Brooks overtakes Gareth Bale as the best Welshman on the planet and the 5-foot-4-inch Ryan Fraser reaches 10 goals and 20 assists.

Why they’ll get relegated: The club has steadily dropped from ninth to 12th to 14th and that stagnation continues after a summer of uninspiring recruitment. The Cherries had the division’s third-worst defense last season and that unit really sucks again.

Why they’ll win the title: Chris Hughton built a solid team and great environment over the course of four-and-a-half years in charge, and now the highly touted Graham Potter takes them to the next level. Soon-to-be 36-year-old striker Glenn Murray scores 20 goals.

Why they’ll get relegated: Only the three relegated clubs scored fewer goals than Brighton last season, and the Seagulls will again struggle to put the ball in the back of the net. Potter’s desire to build from the back and play like a Pep Guardiola side is all well and good, but it’s hardly suitable for a team in a relegation battle.

Why they’ll win the title: Teams find it impossible to deal with the big man partnership of Ashley Barnes and Chris Wood up top, and precocious 19-year-old winger Dwight McNeil blossoms into the EPL’s “next Eden Hazard” and James Tarkowski is the “next Virgil van Dijk.”

Why they’ll get relegated: The delicate balancing act at Turf Moor (small budget, same squad, same tactics) finally crumbles during year four in the EPL. There’s not enough quality, particularly in the center of the park, and their rivals near the foot of the table pass them by.

Why they’ll win the title: Frank Lampard oozes inspiration, N'Golo Kanté returns to his defensive midfield role and is back to his best, the young front three of Pulisic, Callum Hudson-Odoi and Tammy Abraham is devastating and the new manager coaxes world-class performances from previously panned players like Ross Barkley, Danny Drinkwater and Jorginho.

Why they’ll get relegated: Lampard is not ready for this, and the transfer ban means that the defense has gone entirely without reinforcement/improvement. Chelsea frequently looked like Hazard + an assortment of wandering blue shapes over the past couple years, and now Hazard is out, leaving the team without an elite player. The Blues are dependent on the goals of Olivier Giroud.

Why they’ll win the title: Wilfried Zaha and Andros Townsend both score 15, and Christian Benteke recaptures the form that once made him one of the world’s best target men. Roy Hodgson has his Claudio Ranieri moment in the sun.

Why they’ll get relegated: Zaha is sold before the window closes, everyone wants out — including American owners Joshua Harris and David Blitzer — and the club plummets into the Championship with a huge wage bill full of underperforming players. It’s a tale as old as time.

Why they’ll win the title: Kean is a massive success following his move from Juve, and that allows for even more production from Richarlison, Gylfi Sigurðsson and Dominic Calvert-Lewin. Yerry Mina comes good, Michael Keane and Lucas Digne only get better and Jordan Pickford eliminates the errors.

Why they’ll get relegated: The club is still hamstrung from the haphazard spending of the Ronald Koeman era and the monstrous wage bill, and Gueye’s departure for PSG exposes the defense as shoddy. Without a proven forward, there’s too much reliance on the inconsistent Richarlison for goals.

Why they’ll win the title: Leicester has long been looking for the perfect compliment to Jamie Vardy up top, and Pérez is just that — he provides the Foxes with another dimension in attack that’s perfect for a Brendan Rodgers side. Tielemans is the best young midfielder on the planet.

Why they’ll get relegated: The sale of Maguire means that aging defenders Jonny Evans and Wes Morgan are more important than ever. Pérez usually doesn’t do anything until April. Everyone gets tired of waiting for Demarai Gray to be good.

Why they’ll win the title: Just do more of the same and pray that City doesn’t win 14 consecutive games to close out the season this time.

Why they’ll win the title: Because, as last season’s domestic treble showcased, City’s probably the greatest team in the history of English football. The club’s B team would challenge for Europe.

Why they’ll get relegated: Some sort of financial irregularity results in a scandal that demotes them to the Championship.

Why they’ll win the title: Maguire’s arrival transforms the defense, and the two players who initially looked so good under Ole Gunnar Solskjaer — Paul Pogba and Marcus Rashford — carry that form throughout the entire season.

Why they’ll get relegated: The slump at the end of last season carries into the new one and Solskjaer is the first EPL manager to get the sack. Highly questioned players like Pogba, Romelu Lukaku, Fred, Nemanja Matic and Jesse Lingard are all part of the problem rather than any sort of solution.

Why they’ll win the title: Steve Bruce manages to improve on the defensive solidity instilled by Rafa Benítez and the newfangled front-three of Miguel Almirón, Joelinton and Saint-Maximin proves to be the EPL’s best.

Why they’ll get relegated: Players like Jonjo Shelvey, Isaac Hayden, DeAndre Yedlin, Paul Dummett and Fabian Schär go completely unhinged without the meticulous organization of Benítez, and Joelinton doesn’t adapt quickly to life in the EPL.

Why they’ll win the title: After finishing as the division’s top scorer with 29 goals and taking home EFL Championship Player of the Season honors, 29-year-old Finnish striker Teemu Pukki does the same thing at the next level. They’ll also need to replicate last season’s goal haul of 93, and young Argentine playmaker Emi Buendia will also need to treat the EPL like the Championship.

Why they’ll get relegated: Despite winning the second tier, Norwich only had the division’s eighth-best defense. There hasn’t been any significant improvement in that department, and it’s widely assumed that they’ll concede a shit-ton of goals this year.

Why they’ll win the title: Playing a positive style but boasting the joint-best defense in the Championship, Sheffield United’s the most balanced of the promoted sides. Jack O’Connell is the best defender nobody’s heard of, and 33-year-old striker Billy Sharp will have a massive chip on his shoulder as he finally gets his chance at the top of the English football pyramid.

Why they’ll get relegated: The attack has been heavily beefed up this summer, but the midfield remains worryingly suspect (especially in the defensive/holding roles). 22-year-old goalkeeper Dean Henderson returns on loan from Manchester United after winning the Sky Bet Championship Golden Glove, but this’ll be a trial by fire for the young man.

Why they’ll win the title: After seasons spent losing the likes of Luke Shaw, Morgan Schneiderlin, Sadio Mané and Virgil van Dijk with progressively worse returns, Southampton’s actually keeping the squad together again — although it’s the squad that finished in 16th last year. Nathan Redmond is poised to join the upper echelon of EPL attackers.

Why they’ll get relegated: Goals were hard to come by last season with Ings struggling with injuries and Charlie Austin falling out with manager Ralph Hasenhüttl, and that will be the case again this campaign.

Why they’ll win the title: The gang’s all together again with a proper season at Tottenham Hotspur Stadium ahead. Year 6 of Mauricio Pochettino will be the best one yet, what with Daniel Levy actually signing a player, 22-year-old France international and midfield enforcer Tanguy Ndombele.

Why they’ll get relegated: Levy’s reluctance to fully back Pochettino in the market reaches its nadir, Harry Kane, Dele Alli and Son Heung-min suffer with constant injuries after being run into the ground and everyone abandons ship.

Why they’ll win the title: Watford spent most of last season hovering around seventh place before dropping to 11th at the very end — the Hornets are a top-10 side that kept everyone together, including the formidable midfield of Abdoulaye Doucouré, Étienne Capoue, Will Hughes and Roberto Pereyra.

Why they’ll get relegated: There’s a reliance on 31-year-old striker Troy Deeney for goals and Gerard Deulofeu — who excelled with 10 goals and five assists last year — is notoriously inconsistent. Last season was the high, get ready for a new low.

Why they’ll win the title: Year 1 of Manuel Pellegrini ended with a respectable 10th-place finish, and there’s a sense that the London Stadium could be home to some of the division’s finest football once Haller and Fornals gel with Felipe Anderson, Michail Antonio and Manuel Lanzini. Declan Rice is the EPL’s best young player.

Why they’ll get relegated: Haller is a massive bust and Chicharito is leading the line and poaching goals by October. The team finds itself in a position where it’s relying on the health of Jack Wilshere.

Why they’ll win the title: With a season of EPL experience under their belts, the likes of João Moutinho, Jiménez, Diogo Jota, Rúben Neves and Willy Boly will be even better this time around, and Cutrone should thrive away from the pressures of being a homegrown lad in Milan.

Why they’ll get relegated: It’s not the largest squad, and the demands of Europa League football coupled with the EPL pressure they now face after finishing seventh last time out will be too much to handle.