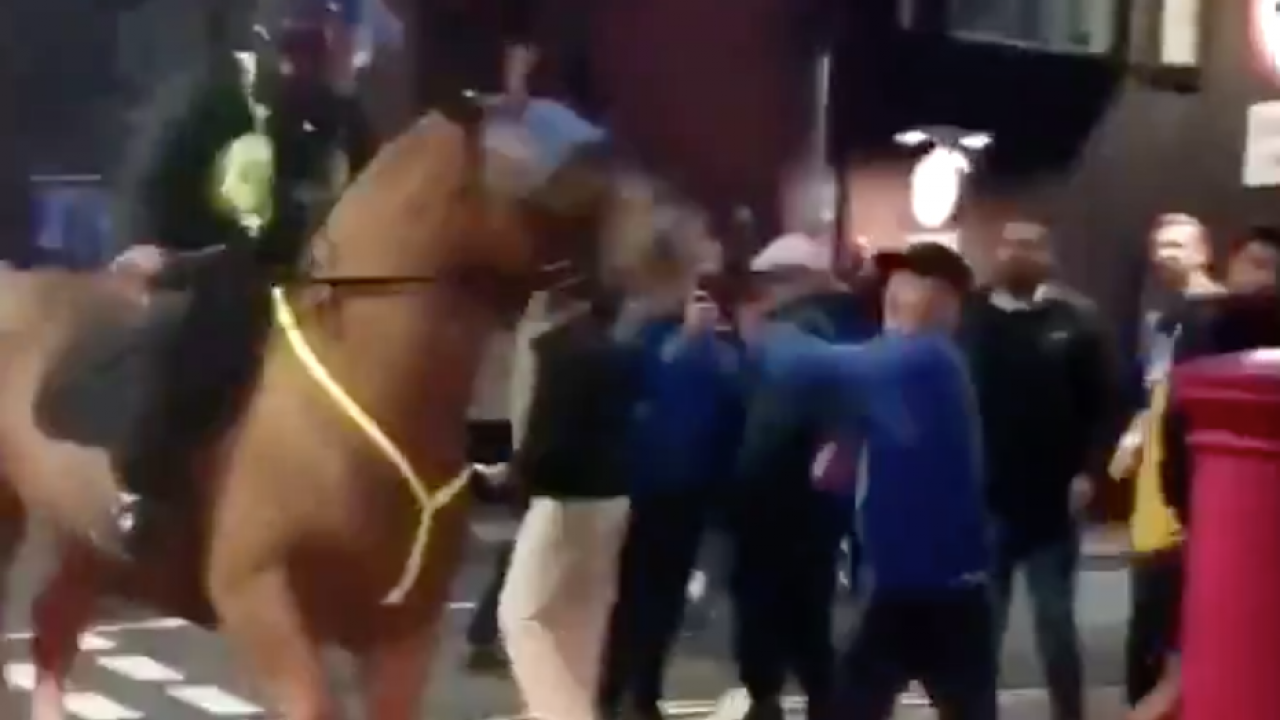 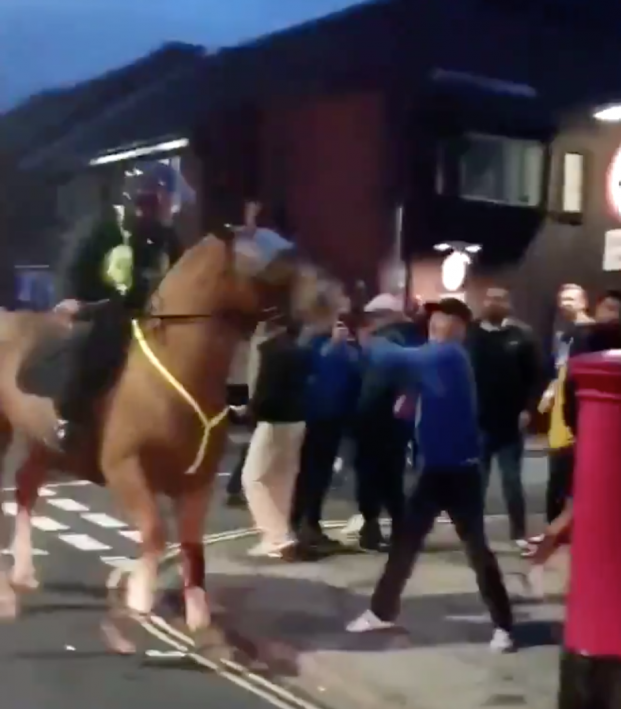 There may have been some big Carabao Cup headlines Tuesday, like Tottenham losing to a team three leagues lower than it and Arsenal’s youngsters thrashing Nottingham Forest, but there was an entirely different kind of story that grabbed my attention. An intoxicated Portsmouth fan was caught on video attempting to fight a police horse after the Pompey side lost to Southampton 4-0 and was knocked out of the Carabao Cup.

In the video, the man swings his fist at a police horse and then attempts to run away (if you want to call that running) only to be caught by the horse and the officer riding it, being subdued by a large group of police officers in the process.

The 52-year-old man was arrested on suspicion of animal cruelty and attempted criminal damage. He was released from custody this morning but is still under investigation.

You may think this type of idiotic behavior would be unheard of, it has in fact happened before. In 2013, after a 3-0 loss to Sunderland, Newcastle fans rioted in the city, forcing the police to get involved.One fan, a 45-year-old man named Barry Rogerson, attacked a riot control officer, punching his police horse in the process.

For punching the horse, the man received a year-long prison sentence and was banned from attending league matches for six years.

The Portsmouth fan may be thanking his lucky stars his punch didn’t fully land on the horse, as he that would have made it more likely that he faced a similar punishment to Rogerson. But even if was just an attempt to harm the horse, in my opinion this man deserves some jail time and shouldn’t be allow to attend any professional soccer matches for an extended period of time.

In case you were worried about the horse's condition, the horse was shaken but unharmed and carried on with its policing duties for the rest of the night.