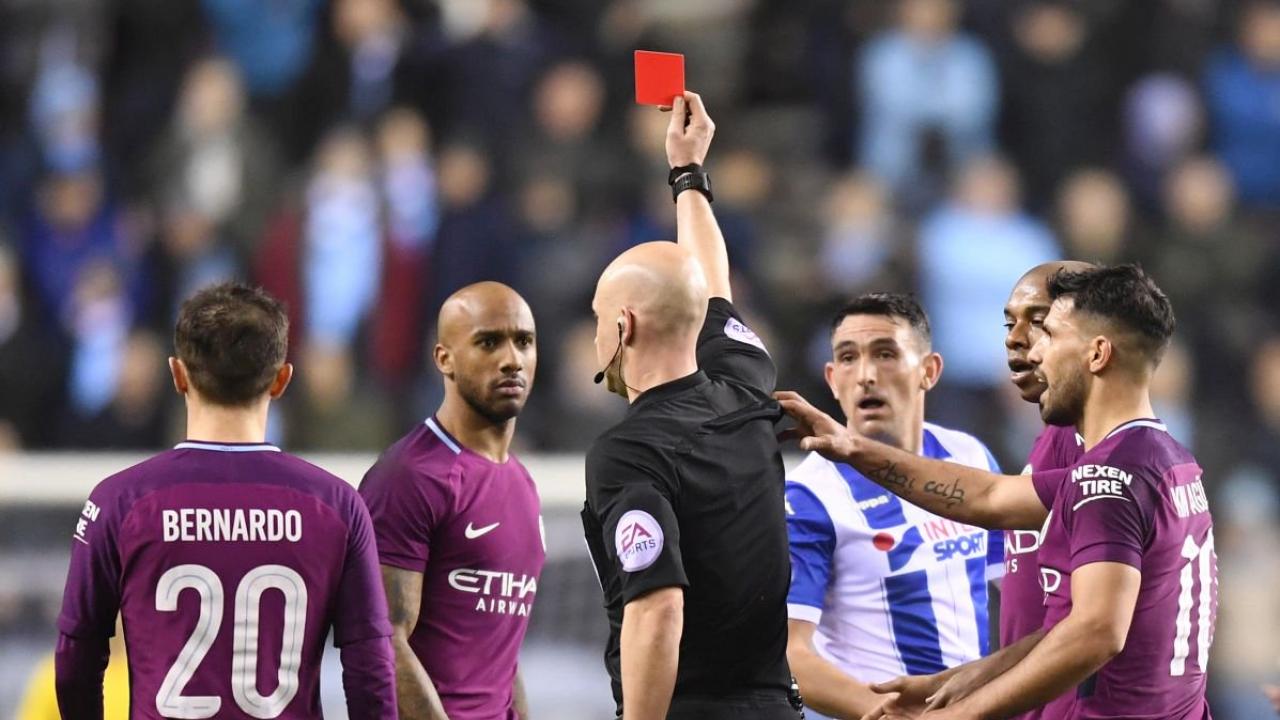 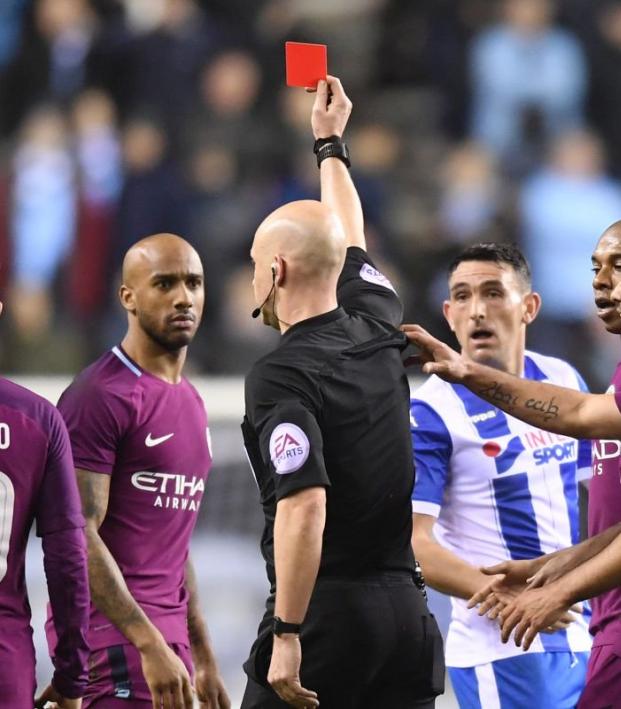 Sam Klomhaus February 20, 2018
Manchester City did their best against Wigan Athletic, currently cruising in third place in League 1, but in the end it wasn't enough.

Topical Winter Olympics joke: just like some of the figure skaters in South Korea, Manchester City just couldn't land the quadruple. Wigan Athletic, currently third in League 1 (England's third division), took down the mighty Citizens in the FA Cup for the third time in six years (!!!!!).

Fabian Delph provided a sign for how things would go for Man City.

Was it a red card?

Pep Guardiola had no complaints about Fabian Delph being sent off on a night when Manchester City's quadruple dreams diedhttps://t.co/qhgnYFkzVg #WIGMCI #FACup pic.twitter.com/2e4YrmQKVE

And then, in the second half, Will Grigg caught fire, as is his wont.

WIGAN LEAD AGAINST MAN CITY! WILL GRIGG'S ON FIRE! https://t.co/SqepkNRKlN

Pep Guardiola, despite his team's loss, was extremely pleased by the result, as you can see from the tunnel footage.

Would like to thank Pep Guardiola for giving me the perfect .gif to illustrate "Come round the corner, I just want to talk." pic.twitter.com/ZJF0TyHjcH

Can anyone stop Wigan? We don't think so. This is the third Premier League club they've taken down in a row in the FA Cup.