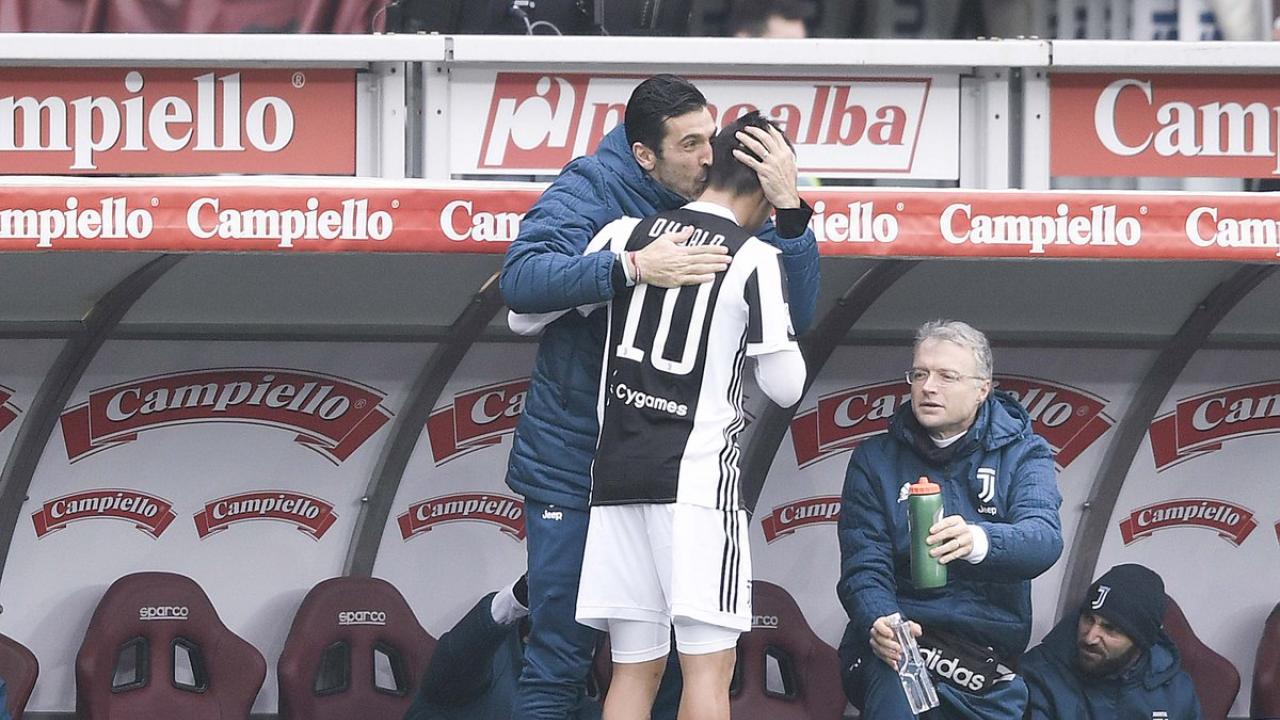 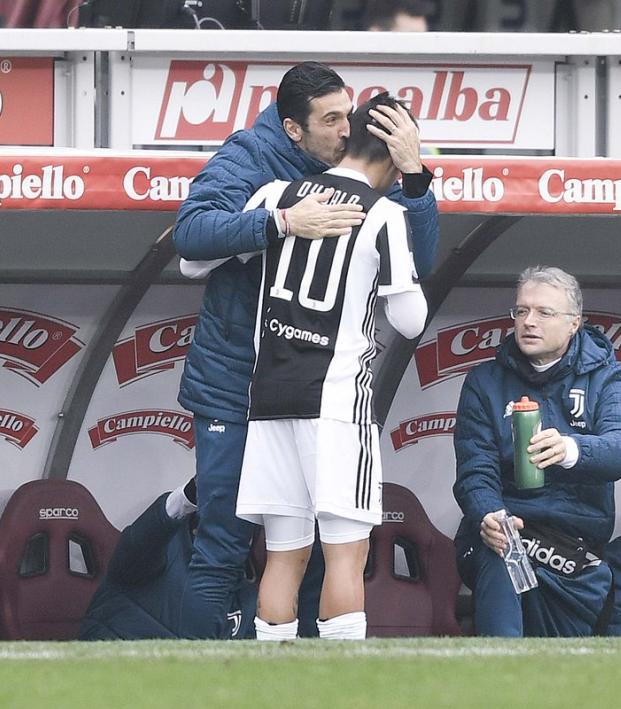 The Juventus Show: A Review Of Juve’s New Netflix Documentary

Huw Thomas February 20, 2018
“Defeat” to Spurs, victory over Torino and the launch of a new Netflix documentary: what can we learn from Juve’s busy week?

This was a big week for Juventus. Not only did they get a hiding in the Champions League, they also released a self-glorifying TV show and lined up against their old cross-city rivals, Torino.

This kind of glitz and glamour is what we’ve come to expect from the reigning six-time champions. It shows why they’re one of the countries best loved and most hated teams, all at once.

But what did we actually learn from this week?

We should probably start with the Champions League. It’s safe to say that not many people expected the final result. The people who had warned everyone about the dangers of Spurs were surprised to see Juve up by two goals in the opening ten minutes. Those who dismissed Spurs were then shocked by the fantastic comeback. Everyone was wrong at different times of the night.

For a team who want to win the Champions League, however, it was a rude awakening. 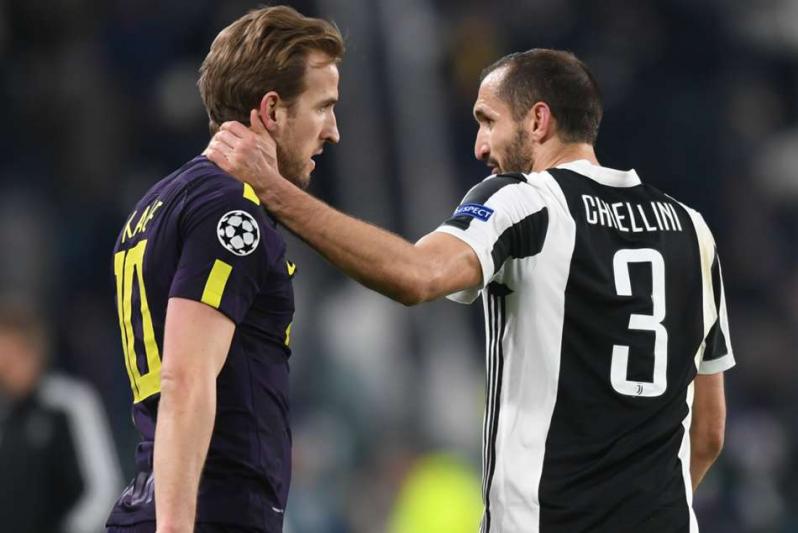 Hot on the heels of this surprise draw (which felt like a defeat) came the release of the Juventus Netflix documentary which had been teased for months. Titled First Team: Juventus, it’s two hours of footage spread across three episodes, covering the opening months of the season.

However, by the end of those two hours, there’s no real insight into how the team functions.

Instead, the documentary tells us more by what is left out than by what is shown to the viewer. So we’re left with a documentary detailing exactly how Juventus want to present themselves to the outside world.

Firstly, we should establish early on: this documentary is pure propaganda. The way the club is portrayed – right from the opening voice over – as the most successful, most storied team in Italy might bare some truth, but it is hardly compelling television.

Juventus’s victories are announced rather than demonstrated, their superiority is assumed, rather than illustrated. It runs against the classic writer’s idiom: show, don’t tell. The audience is told Juventus are the best team because that is how Juventus see themselves: the best.

The documentary begins with this assumption of Juventus as the inherently superior team, which presents an interesting contradiction in the first two episodes as neither Inter nor Napoli are mentioned. While they might be leading the league at the time of filming, this is attributed to Juventus’s failings, rather than their rivals’ qualities.

Napoli and Inter are not better, the documentary seems to purport. Rather, Juventus simply lack concentration because they’re so used to winning.

That Juventus are not leading the table is an incomprehensible abnormality and it is simply not addressed. While we’re watching Paulo Dybala score goal after goal, you could be forgiven for thinking that Juventus were top of the table. As it is presented, the documentary assumes that Juventus’s superior talents will win out in the end.

Added to this, the clubs’ recent past is comprehensively whitewashed. We’re not talking about Calciopoli (though that is obviously not mentioned) but, rather, last season’s bust up in the Champions League final. 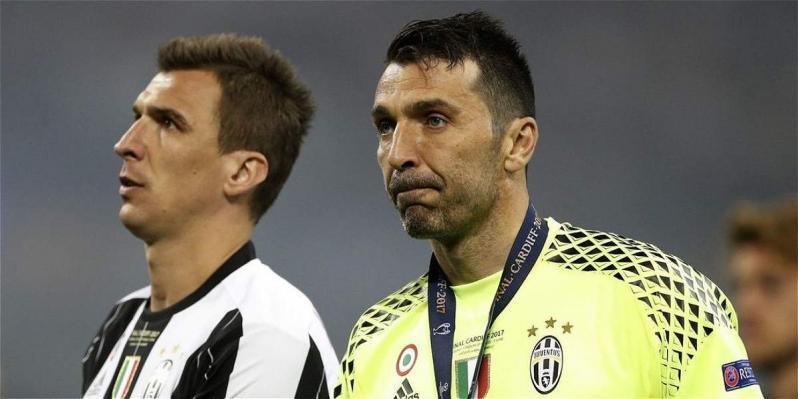 The opening episode mentions the match in Cardiff but presents it as an admirable defeat, rather than a self-imploding thrashing.

This means that both Dani Alves and Leonardo Bonucci are not mentioned at all. The two protagonists from the supposed fight during the half time break in the final both left the club over the summer. Neither seemed to depart on good terms.

As such, no one references either by name. The talk is of “defensive issues” and “departed players.” Fittingly for Juventus’s very own Pravda, these two are erased from the past. Their roles in reaching said final – as absolutely essential as they were – and their infamous half time disagreement with the manager, followed by both players swiftly departing the club, is entirely absent.

Such inconvenient truths do not exist in the version of Juventus that is presented to the world in this documentary.

Instead, we get late-night hotel footage of Gonzalo Higuian trimming his beard. We see Miralem Pjanic driving his children to school and Claudio Marchisio introducing us to the back-room staff. Interesting for the purist, but hardly compelling television.

More interesting is the role of Gianluigi Buffon. To some extent, this documentary is pure hagiography. But Buffon earns his beautification.

He speaks well, providing intelligent insight and an authentic display of leadership. When the third episode roles around, by which time his place in the team is being called into question, there is a genuine sense of what Buffon has achieved and why he is a club legend, making his troubles all the more engaging.

But this is the only note of compelling drama within the piece. Compared to other, more successful football documentaries, it falls flat.

It does not have the rich, white-toothed comedy of Being: Liverpool or the thrilling tragedy of An Impossible Job. Fans will enjoy seeing their favorite players lounging about at home and larking about on the training pitch. But it is hardly essential viewing.

As a documentary, then, it falls flat.

But there is something to be gained from this documentary. It allows us to learn how Juventus wish themselves to be perceived. It’s how they see the ideal version of themselves and it’s the version of the club which they want to present to the world.

At one point, following their league defeat to Lazio, Giorgio Chiellini is shown talking in a press conference. The center back has been at Juventus long enough to be able to articulate the club’s voice. He blames the loss on their lack of composure and concentration. It’s hard, he suggests, to be this much better than everybody and still win games.

This is perhaps the most telling moment in the show and accurately reflects the ideology of the entire documentary: Juventus’s failures are not external but self-inflicted.

Being as no team could plausibly challenge them, any defeat or set-back must simply be because Juventus were not Juventus enough. The solution is to be more like Juventus or, at least, the version of Juventus which is presented in this film.

It’s what makes the defeat to Spurs and the subsequent derby victory over Torino so interesting.

After going two nil up in the Champions League, Juve’s natural response was to sit deep and defend. They do not concede goals. They do not lose at home. They are, quintessentially, Italian.

But this didn’t work. Spurs simply overran them. In the aftermath, amidst the praise for Tottenham, there was a sense emerging from the Juve dressing room that the draw was somewhat self-inflicted. It was their own mistakes which decided the match, not Tottenham’s skills.

And, to some extent, this is true. They did sit back. They did miss a penalty. They did throw away chances on the counter.

As might follow, they went into the game against Torino with something of a point to prove. This time, they went one nil up and were successfully able to absorb everything their rivals threw at them. They kept a clean sheet. They defended well. And, most importantly, they won. 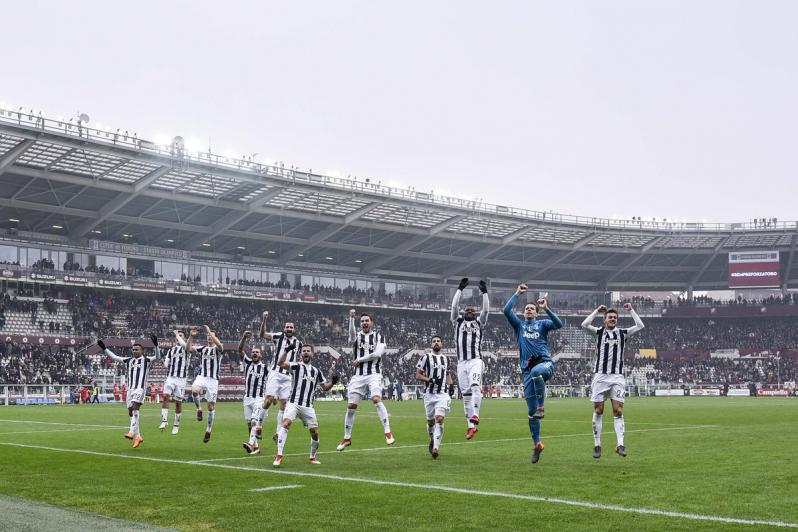 The documentary purports to show us behind the scenes at Italy’s most successful club. That is partly true. The club is willing to peel back the curtain to some extent, allowing you to see exactly what they want you to see. What emerges instead is an alternative text: we see the ego of Juventus while they determinedly dust the id under the carpet.

Thankfully, we have extra textual evidence of the theory. The games against Spurs and Torino reveal the Juventus id in all its glory. The determination to succeed, the arrogance, the confidence in their own abilities, even when challenged. Often these are the qualities which compel rival fans to loath Juventus. But, for the Juve fans themselves, they’re a huge part of what makes the club attractive.