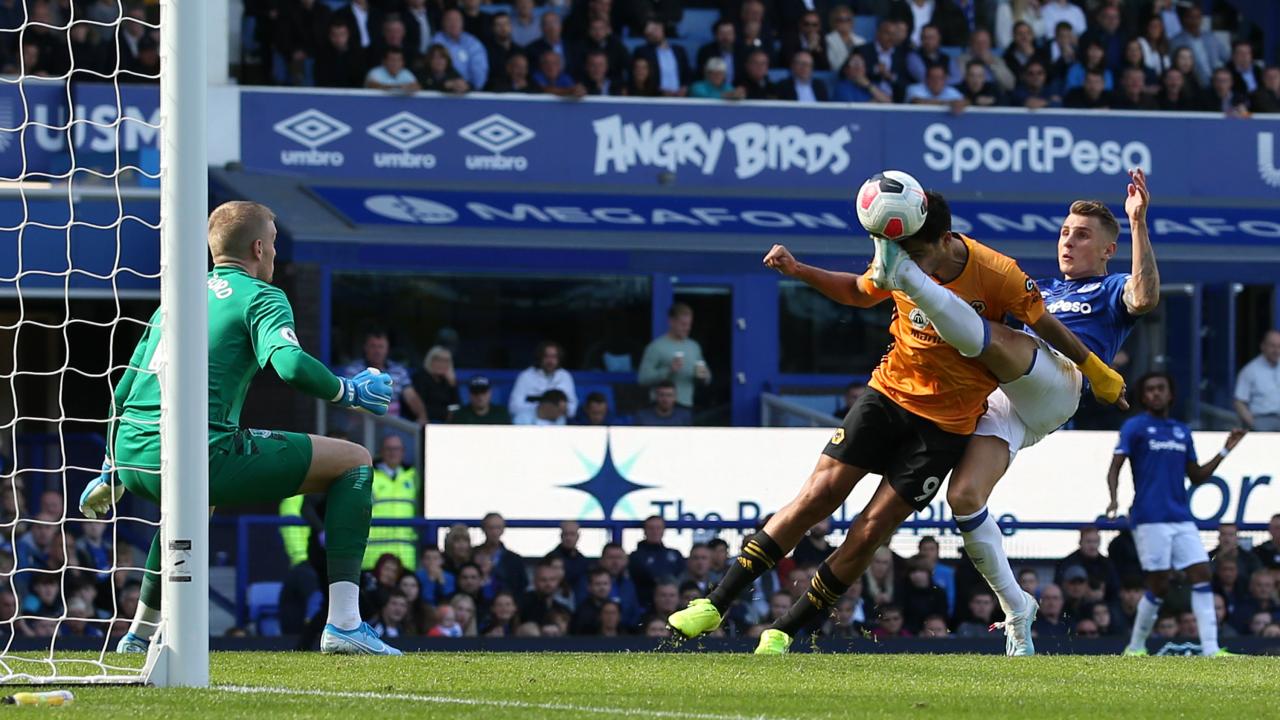 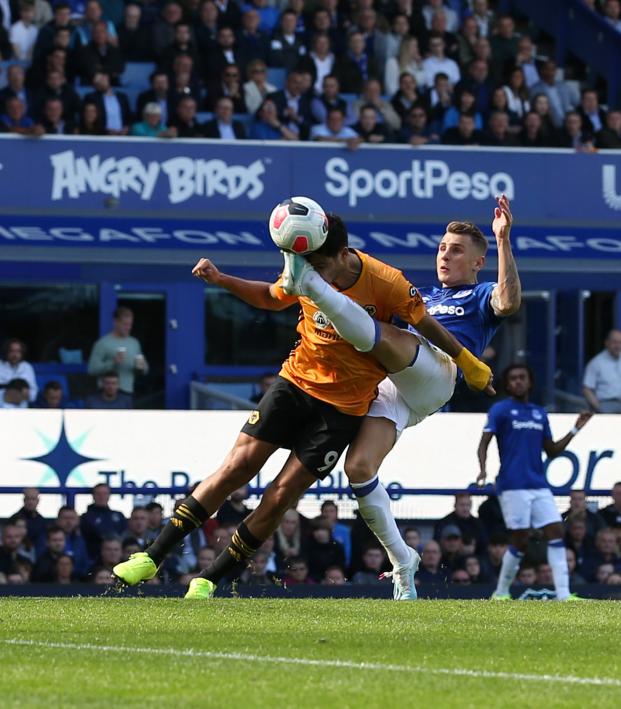 Playing With A Fractured Wrist, Raúl Jiménez Scores While Getting Kicked In The Face

While Liverpool and Manchester City again look a cut above the rest in England, there’s every indication that a club outside the “Big Six” may yet disrupt the hegemony and finish in the Champions League places. This morning saw a clash between two such sides — Everton and Wolves — at Goodison Park.

In the end, Everton would triumph 3-2 thanks to a brace from Richarlison and another from Alex Iwobi to move up to fifth in the EPL. Wolves, meanwhile, have achieved joy in Europe and secured passage to the Europa League group stage, but the club is still searching for its first domestic win of the campaign after four games.

Richarlison opened the scoring in the fifth minute and it was entirely self-inflicted from a Wolves point of view. However, take nothing away from the Brazilian’s finish.

The visitors would respond only four minutes later through Romain Saiss. The goal was created after some brilliant wing play from Adama Traoré.

However, Everton reclaimed the lead only three minutes after that! It was a wild one.

Everton’s lead would last until the 75th minute, but Raúl Jiménez brought Wolves level again with his second of the EPL campaign. It was just recently revealed that Jiménez has been playing with a fractured wrist for the last five months, and the Mexico international took a boot straight to the face on this one.

Raul Jimenez scores for Wolverhampton but picks up a knock in the process. pic.twitter.com/vH0PShW92d

The rowdy match would take one final twist in the 80th minute when Richarlison put Everton ahead for good with a powerful header, sending Goodison into raptures.

Richarlison puts Everton back in front!

Although Wolves sit 17th, it was the club’s first defeat of the season following draws with Leicester City, Manchester United and Burnley. It was always going to be a supremely difficult match following a demanding 2-1 win over Torino in the Europa League playoffs on Thursday, but the club’s going to need to find a way to balance its demanding schedule going forward.

Wolves have been drawn alongside Braga, Besiktas and Slovan Bratislava in the Europa League.