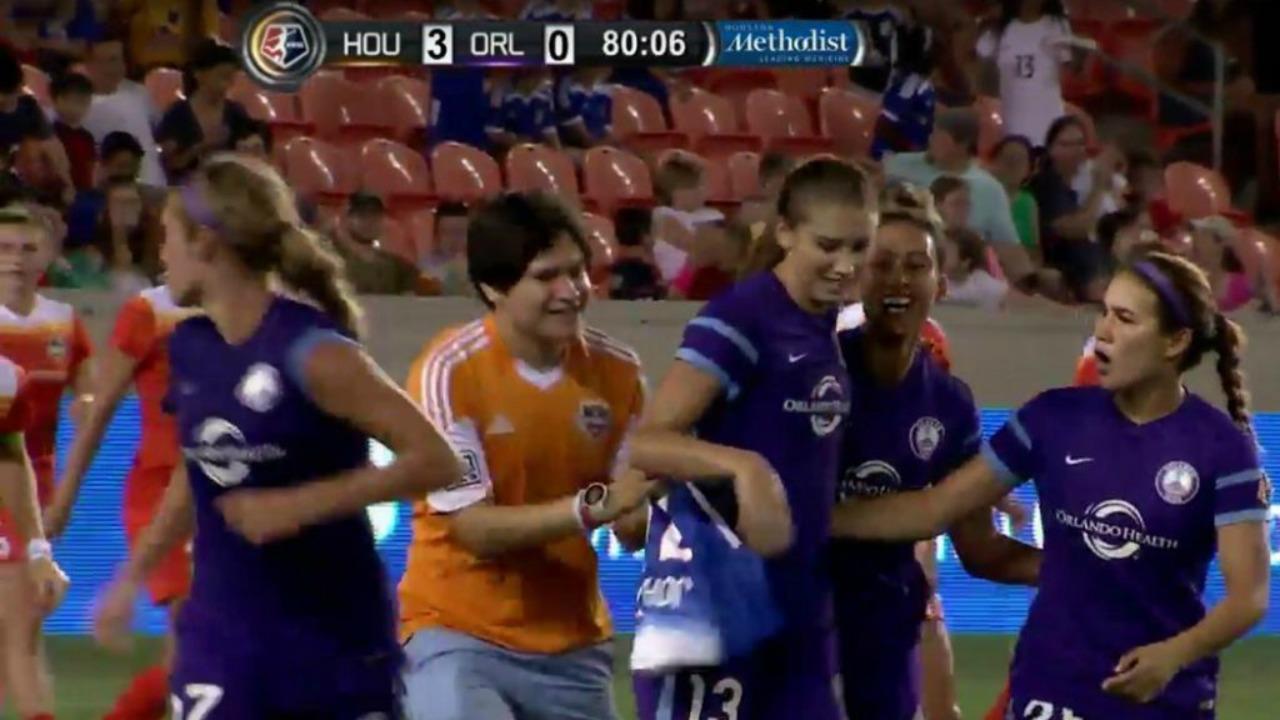 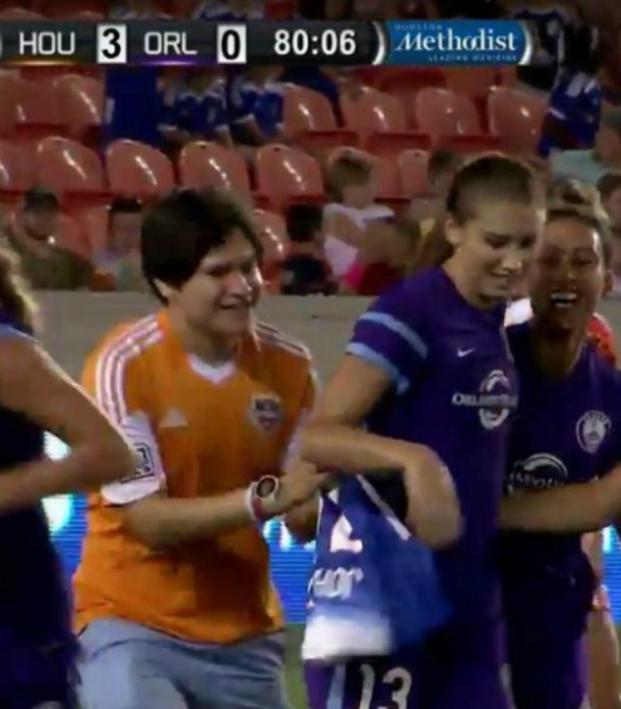 Connor Fleming September 5, 2016
Alex Morgan was the target of a man wielding a soccer jersey during Saturday’s NWSL match between the Houston Dash and the Orlando Pride.

It wasn’t a particularly good day at the office for Alex Morgan and her club side the Orlando Pride on Saturday. The Pride were defeated 4-2 by the Houston Dash at BBVA Compass Stadium in Houston, Texas.

Orlando were seemingly done and dusted by the game's 80th minute, the Dash dominating proceedings and holding a comfortable 3-0 advantage. However, Morgan and the Pride were able to pull one back after a clever set piece routine allowed the USWNT striker to break through on goal. Her finish was characteristically precise, nestling into the far corner.

With the deficit reduced to 3-1 and with 10 minutes still to play, the Pride tried to quickly restart the match. Unfortunately, that’s when things got a little unpleasant for Morgan.

A man was able to make his way onto the field and approach Morgan, perhaps looking for an autograph for his jersey or a selfie. Either way, it was hardly the appropriate place or time for such a request.

Morgan’s teammates were quick to guide her away from the man sporting an orange Houston Dynamo jersey.

Brittany Alvarado, a video manager for the Pride, crafted this humorous tweet regarding the scenario:

When you see your friend getting hit on at the bar by a creep #swerve pic.twitter.com/ngSmaUGxCr

Alex Morgan made light of the situation as well:

us Bears stick together. https://t.co/fQOHaJvEhq

Save it for after the game, buddy. You're not the star of the show.