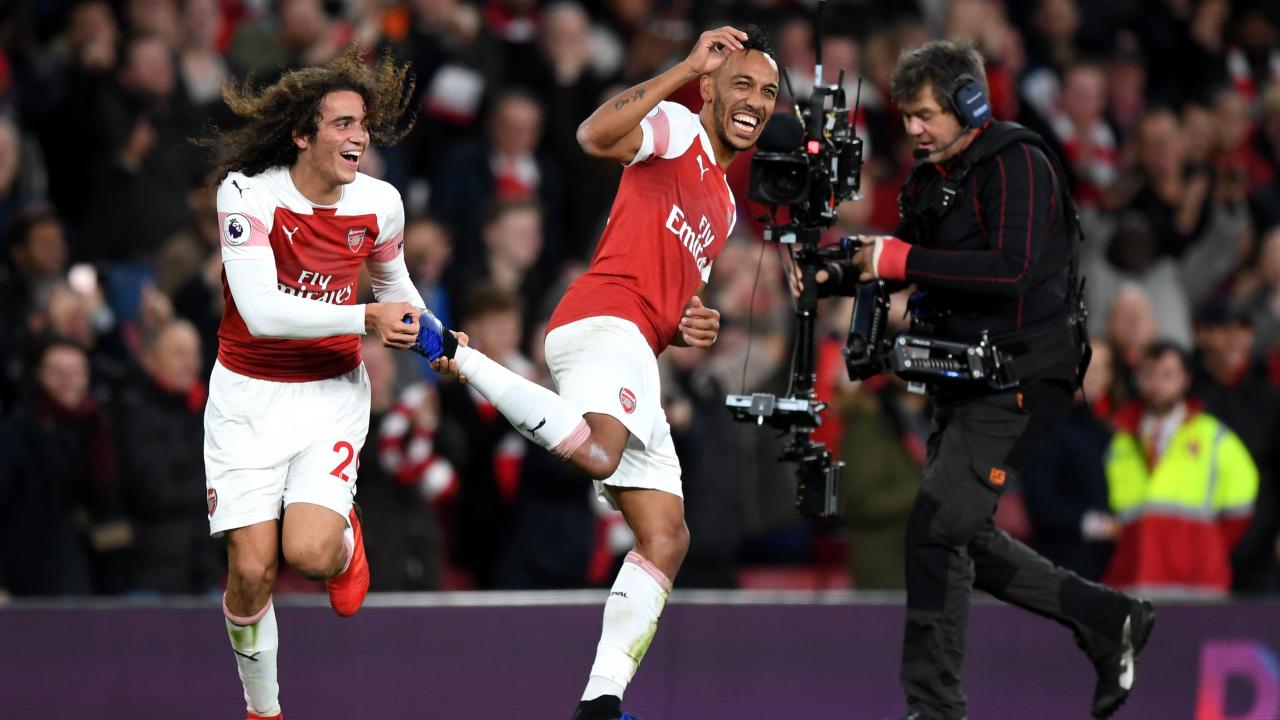 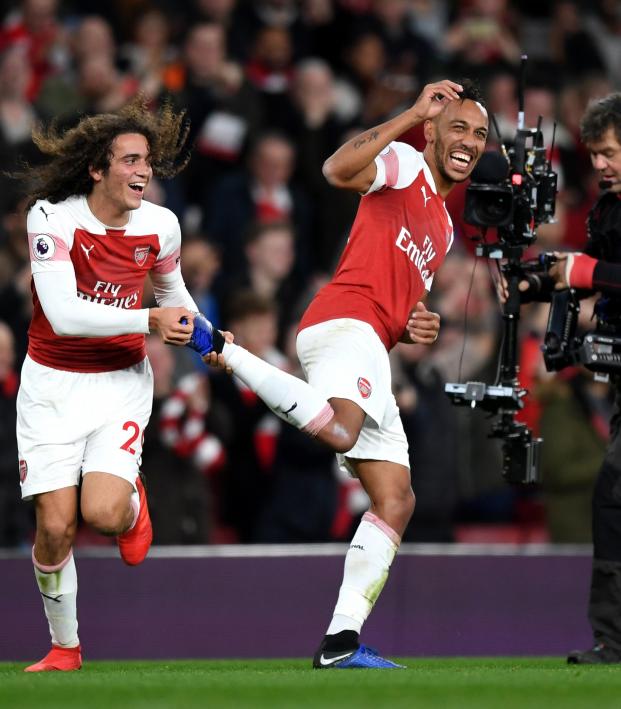 Connor Fleming December 2, 2018
Aubameyang had two goals and an assist in Arsenal’s 4-2 win over rivals Spurs.

Except for a four-minute spell of tilt which resulted in two Tottenham goals, Arsenal thoroughly enjoyed a 4-2 derby victory over Spurs on Sunday after a glorious second half fightback that included strikes from Pierre-Emerick Aubameyang (his 10th of the season), Alex Lacazette and the inspirational Lucas Torreira.

The match quickly set about foreshadowing the madness to come in the ninth minute, when Jan Vertonghen inexplicably handled a corner to give Aubameyang his first goal of the match from the spot.

However, on the half hour mark, Tottenham leveled after Eric Dier’s header was allowed to squirm beyond Bernd Leno at the near post. Not a good look for the German.

Dier celebrated the goal by hushing the Emirates crowd, a gesture which Gunner substitute Stephan Lichtsteiner took offense to. A brief melee ensued.

The goal triggered Spurs, and the excellence of Mauricio Pochettino’s approach seemed to totally justify the penalty that Son Heung-Min won only four minutes later … until you saw the replay. Son “won” the penalty in every sense of the word.

This is the moment that led to Harry Kane's penalty that gave Spurs the lead... but was it actually a penalty? pic.twitter.com/K7YjXy1iVI

The tables have turned! @SpursOfficial take the lead thanks to a Harry Kane penalty! pic.twitter.com/YZUyW1SxLZ

At the break, Unai Emery made a bold double substitution and change in shape, brining on Aaron Ramsey for Henrikh Mkhitaryan and Lacazette for Alex Iwobi. The shift worked wonders, but the equalizer — from Aubameyang in the 56th — was a moment of pure magic from the Gabonese marksman. The substitute Ramsey registered the assist.

AUBAMEYANG WHAT A GOAL! pic.twitter.com/R5zXHmaF4D

10 - Pierre-Emerick Aubameyang is the first player to score with 10 consecutive shots on target in the Premier League since October 2007 (Benni McCarthy for Blackburn). Pinpoint. pic.twitter.com/CHa1Tjyzfb

Arsenal moved into the ascendency; the quality of Aubameyang’s strike converged with the significance of time and occasion to turn the ground into a cauldron of sound. The match was only going in one direction from there.

In the 74th, the Gunners took the lead after Lacazette’s slipping shot took a deflection to beat Hugo Lloris.

The coup de grâce landed only three minutes later. Aubameyang turned provider with a great through ball and the 22-year-old Torreira further elevated his growing status with a fine finish.

Torreira makes it four and Arsenal are FLYING! pic.twitter.com/F3AwLMaKif