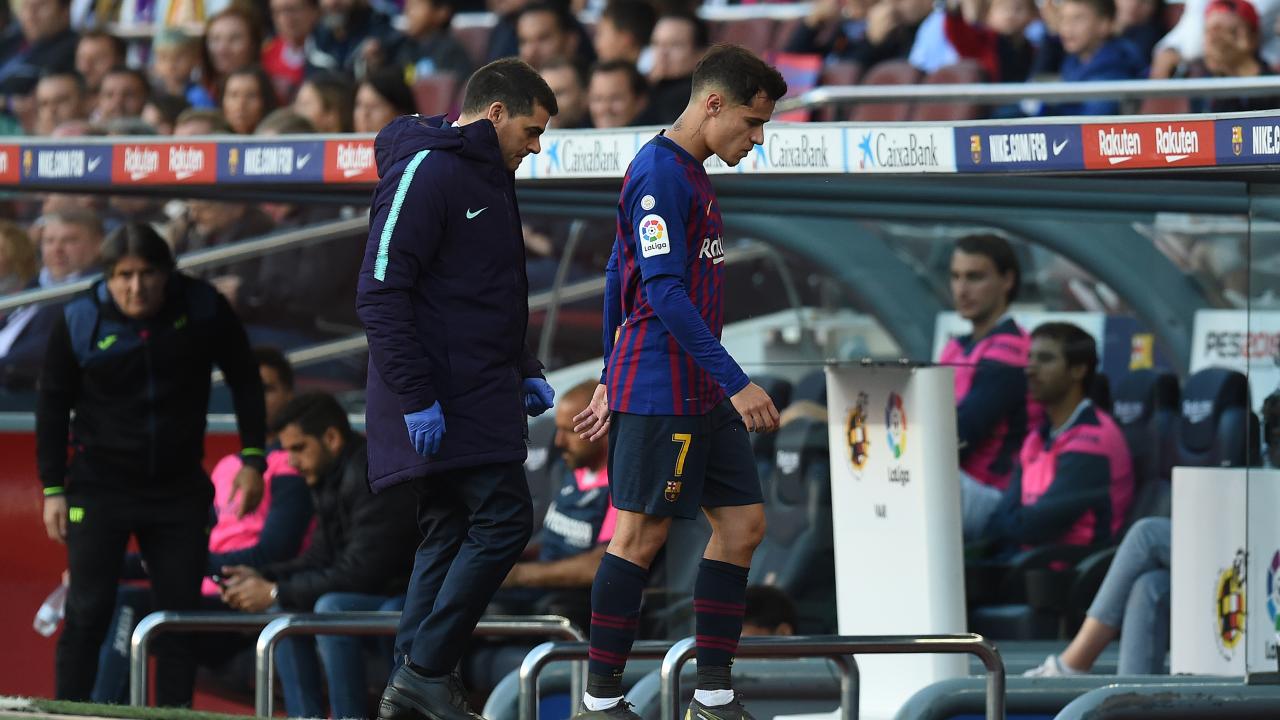 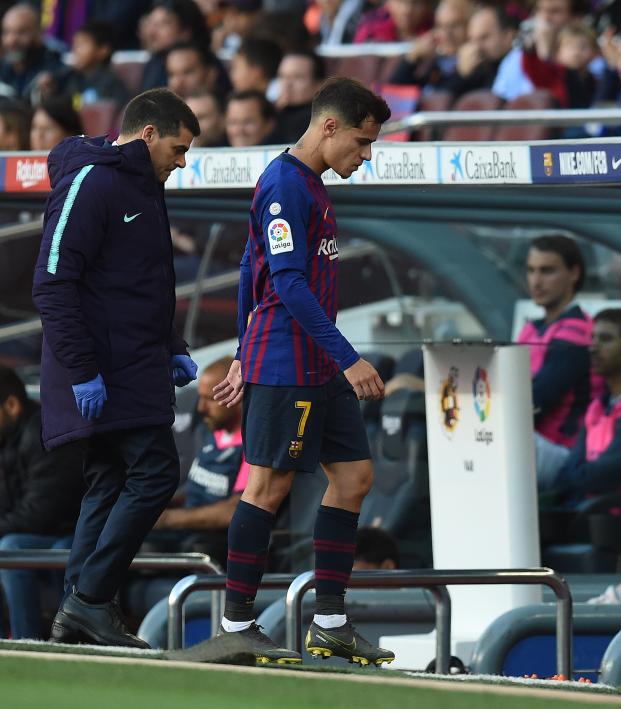 Connor Fleming May 12, 2019
The Brazilian was subbed off with an injury in Barca’s meaningless 2-0 win.

The Camp Nou was just over half full on Sunday as Barcelona — already confirmed league champion — hosted Getafe in the penultimate game of the LaLiga season. Ernesto Valverde named a strong lineup for the meaningless match, giving the 57,000 in attendance the chance to voice their displeasure at the capitulation the team suffered last Tuesday at Anfield.

The majority of the jeers were reserved for Philippe Coutinho. His name was roundly whistled throughout the stadium during player introductions while Lionel Messi’s was cheered.

During his hour on the pitch against Liverpool, Coutinho touched the ball only 37 times while misplacing five passes and getting dispossessed once. Today he lasted only 69 minutes before needing a substitution because of an injury. He was intensely whistled while taking corner kicks throughout the game.

After spending nearly $140 million to get him from Liverpool last January, Barcelona is now reportedly looking to sell Coutinho for as little as $117 million. The 26-year-old scored eight goals and provided five assists in 46 LaLiga and UCL appearances this term. That’s not nearly enough for a Barcelona attacker.