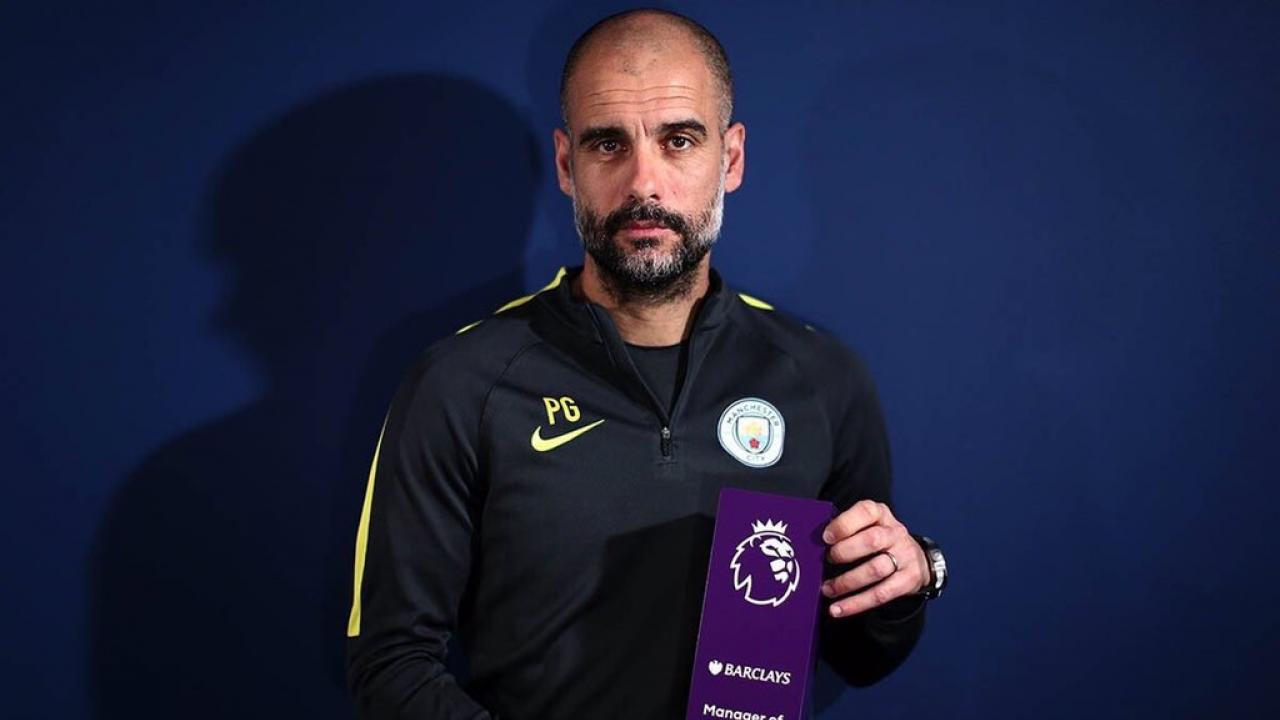 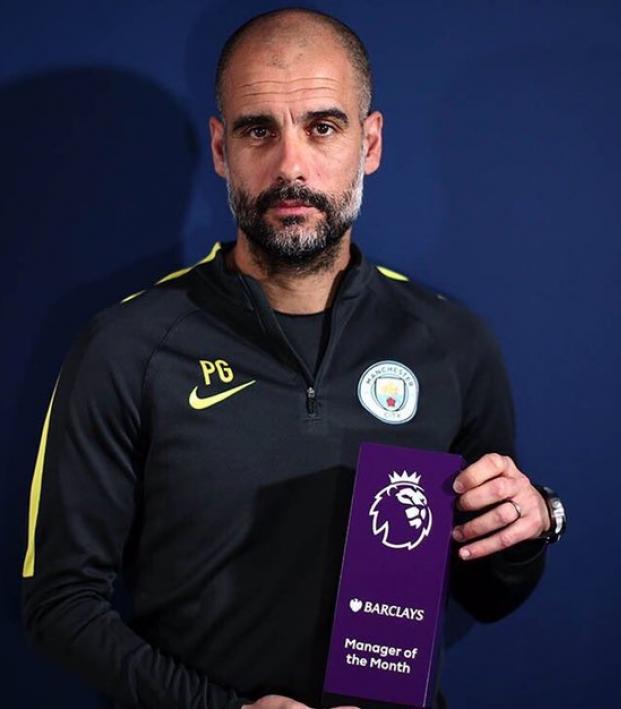 Pep Guardiola has been named February’s EPL Manager of the Month after consecutive victories over West Ham, Swansea and Bournemouth, whoo! Perhaps it was because City had been held to a scoreless draw against Stoke on Wednesday, but Guardiola was in no mood to be rewarded for his nine-point haul in the shortest month of the year.

Guardiola was up against Antonio Conte, who won the award in October, November and December, Jose Mourinho, whose side’s unbeaten streak has lifted them from sixth to sixth, and Tony Pulis, whose job is done after getting West Brom to 40 points.

This was what Guardiola had to say about his nomination on Thursday, with the winner being announced the next day.

Premier League manager and player of the month award winners are announced Friday, not that Guardiola's bothered if he wins pic.twitter.com/hHuWlVCxZB

So after being handed the purple Tetris block, Guardiola enthused, “I think [Antonio] Conte’s cupboard is full enough and they couldn’t fit anymore in, so they decided to give it to somebody else.”

At least accept the award in memory of Gabriel Jesus’ three goals and premature metatarsal injury.

Basically, Guardiola is La La Land and Conte is Moonlight.