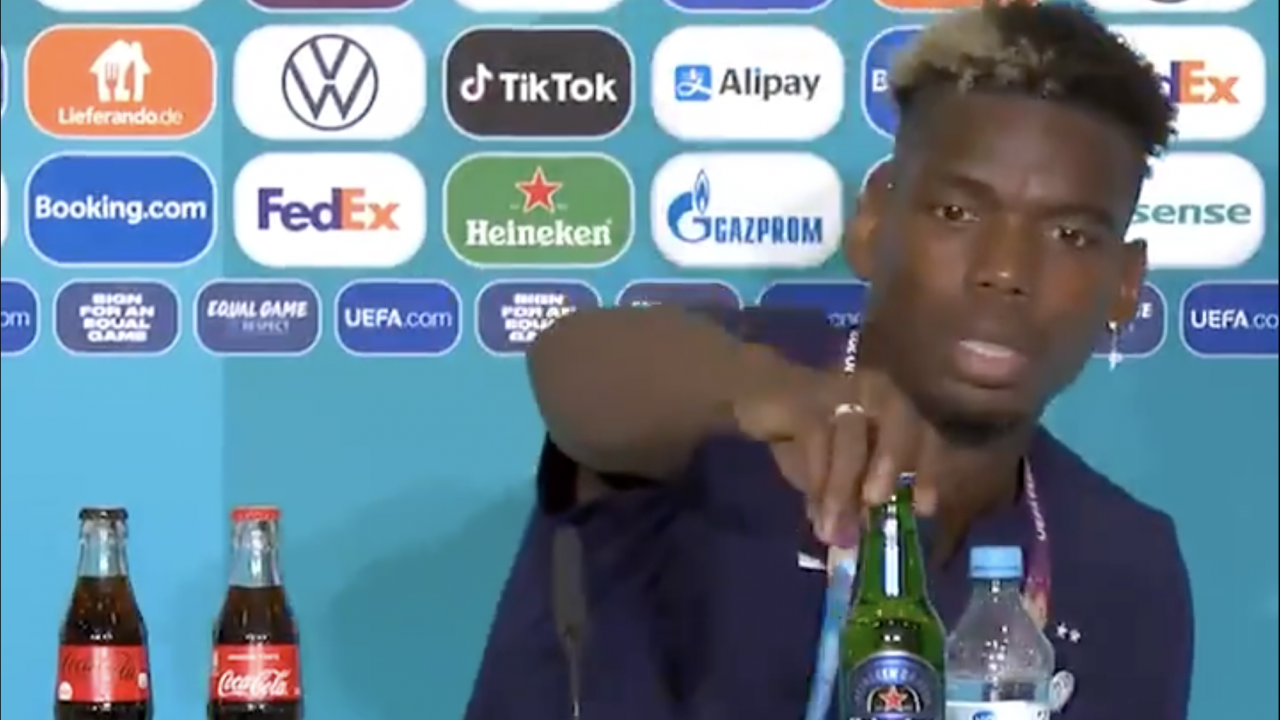 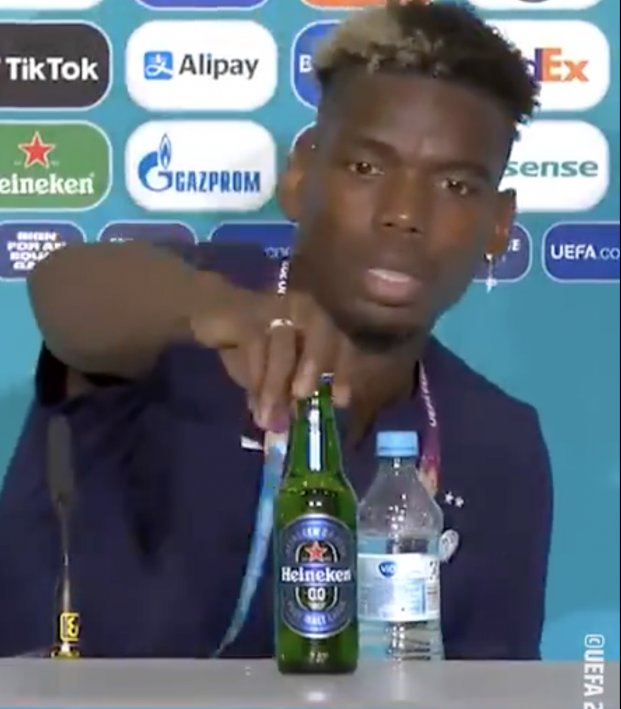 UEFA Has A Problem: Pogba Emulates Ronaldo And Angers Heineken

Felix Delgado June 16, 2021
This time, unlike Coca-Cola with Ronaldo’s reject, its stocks are not going down, but up.

A dangerous trend is taking place at the beginning of the Euros with some of the sponsors of the tournament. Brands that spend millions for the most important UEFA event at the national team level are being denigrated by soccer stars. It happened on Monday with Cristiano Ronaldo and Coca-Cola, and Tuesday the same thing happened again.

This time it was Paul Pogba, named MVP of the match against Germany, who during the press conference in which he received the award, removed a bottle of Heineken that was in front of him along with two other bottles of Coca-Cola and a bottle of water.

Paul Pogba removed the bottle of Heineken beer when he sat down to speak to the media after France's 1-0 win against Germany at #euro2020 pic.twitter.com/LnqyC4Woz3

It's obvious that there's a problem that UEFA has to put a stop to soccer stars damaging the image of its sponsors, otherwise it may have serious problems for them. Curiously, Heineken is the brand that presents the player of the match award during the Euros.

Ironically, unlike what happened with Coca-Cola, for Heineken this gesture hasn’t led to a financial crisis. On the contrary, the brewery's shares have risen 1.3 points on the day after Pogba's gesture, which came as something of a surprise to stock market experts.

not sure if this means anything or not, but interesting to note the difference in Heineken's share price following Pogba's snub, compared to Coca Cola's following Ronaldo's pic.twitter.com/YpLSmOwQ7o

There's no denying that this gesture, like Ronaldo's, got the respective brand's names in the media and the public opinion. Unlike the Portuguese star, the Frenchman didn’t pass judgment on the beer and has never been publicly against alcoholic beverages, which may partly explain this reaction.