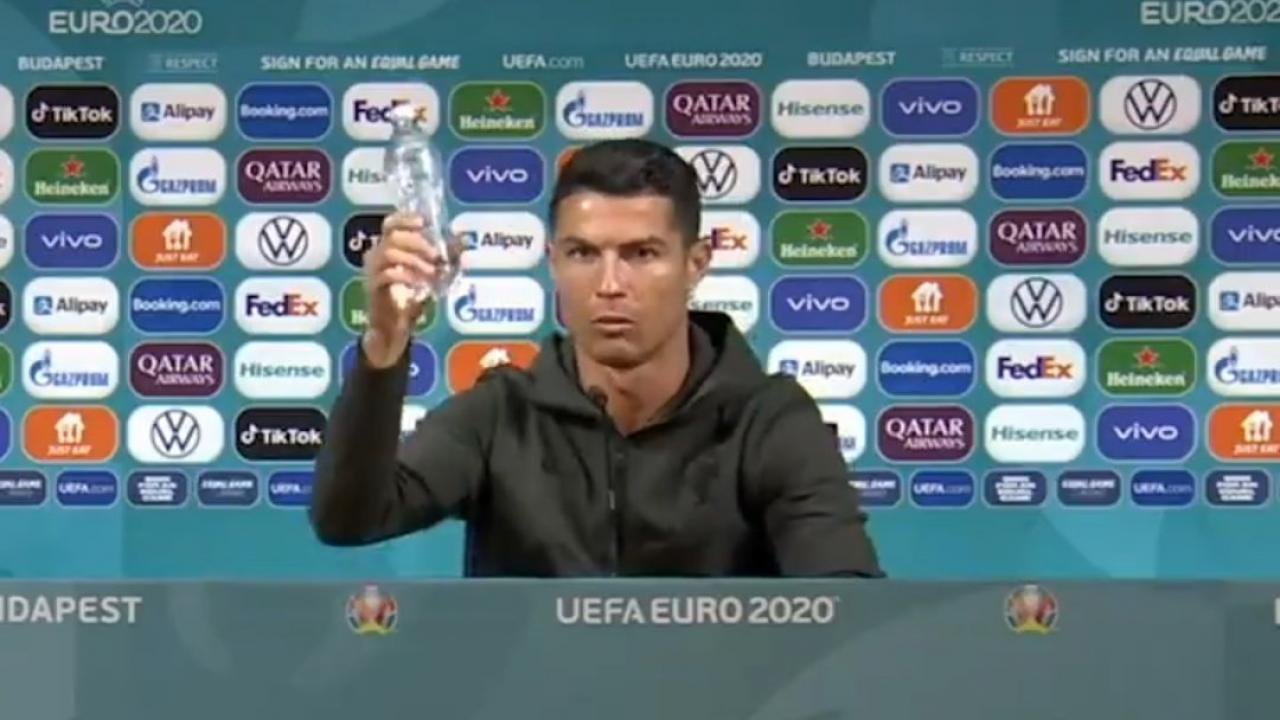 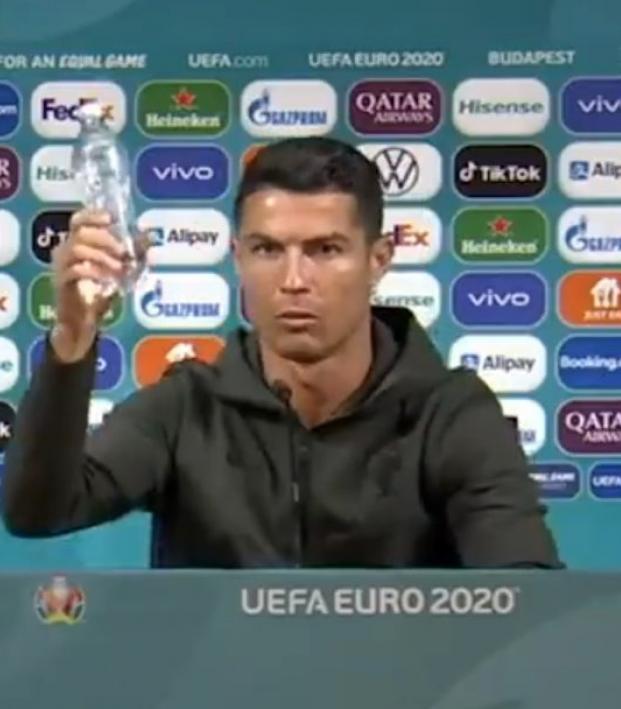 Cristiano Ronaldo caught the world's attention this Monday, off the field. The Portuguese superstar had a surprising gesture before Portugal's press conference at the Euros. Ronaldo took two bottles of the famous brand Coca-Cola off the table and put a bottle of water in their place. Then, he said, "drink water!" in front of the cameras.

The American-based company has partnered with the organizers of Euro 2020 (still called like this even though we’re in 2021), as part of its sponsorship of the European competition. Although it's still unknown, this action by the Portuguese star will obviously have financial repercussions.

The Juventus striker is always very concerned about his diet and it’s not the first time he has spoken out against sugary drinks and fast food. At the Globe Soccer Awards in Dubai in 2020, speaking about his son, he said, "I'm hard on Cristiano Junior. He sometimes drinks Coca-Cola or Fanta and also eats potato chips. He knows I don't like it."

"The most beautiful record would be to win the European Championship twice in a row," said the Portuguese captain on Monday. On Tuesday he will become the first player to play in five editions of the continental competition when he takes the field for Portugal’s first match in the group stage, at the Puskas Arena, against Hungary.

When he takes the field against #HUN at #EURO2020, he will become the FIRST player to feature in five EURO tournaments.

At the end of the press conference, the man with five European Cups spoke about the secret to staying at the highest level. "I have always had to adapt. The intelligence of a soccer player is to adapt to different conditions. To have longevity is necessary. I've had to adapt from the age of 18 to 36, and every period has been positive," he said.