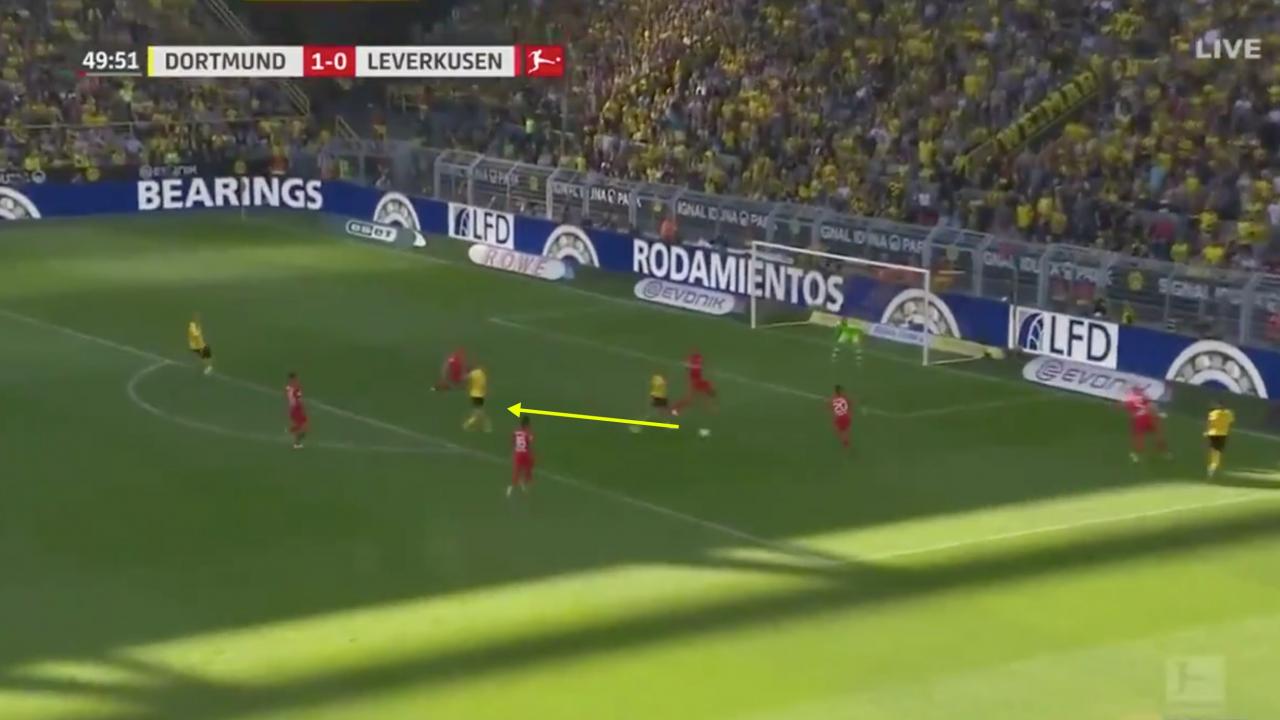 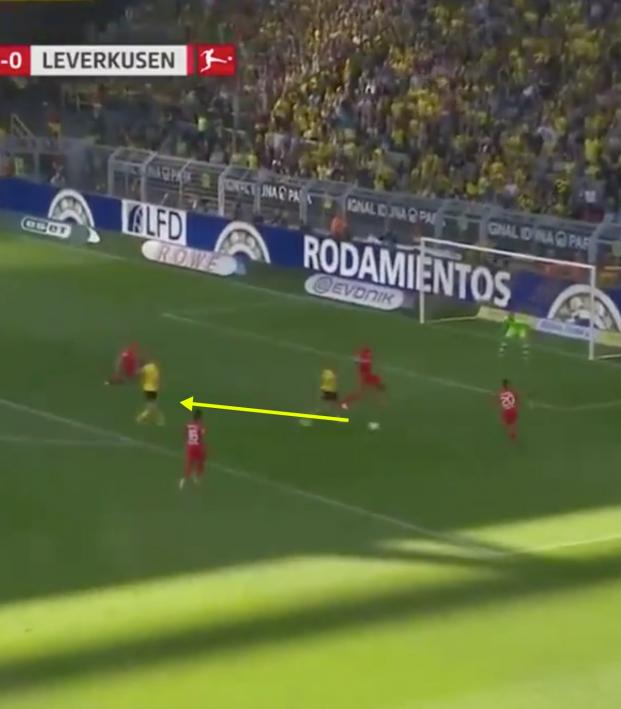 Travis Yoesting September 14, 2019
Borussia Dortmund is still a joy to watch, even without Christian Pulisic.

Paco Alcácer has fit in quite nicely at Borussia Dortmund since leaving Barcelona. The Spanish striker has scored 27 goals in 37 games and found his way back to the Spanish national team with his performances.

But Alcácer has brought more than just goals to Dortmund (though he’s brought plenty of those); he’s brought an unselfish mentality for a striker that fits perfectly into BVB coach Lucien Favre’s style of play.

There are times and teams that call for a selfish No. 9, someone who will put his head down and bury a shot whenever the ball comes his or her way. But at Dortmund, a more unselfish forward allows the club’s prolific wingers and midfielders to become more involved.

Such was the case on Saturday against Bayer Leverkusen in a 4-0 rout. Alcácer scored the opener in the first half and showed an acute awareness for not just his positioning but that of teammate Marco Reus to set up the second.

Early in the second half, Jadon Sancho whipped a cross into the box. Alcácer could have taken control of the ball moving away from the goal but instead supplied the perfect dummy, giving Reus a free look at goal, which of course he buried.

Sancho on the counter, Alcacer with the dummy, and Reus does the rest. @BlackYellow double the lead. #BVBB04 pic.twitter.com/h0X1smXF6H

Sancho will get the assist on the play, but Alcácer deserves one as well. You gotta love the teamwork between Dortmund’s three star attacking players.

And we're the three best friends that anyone could have...  pic.twitter.com/5ik58ODb5T

Dortmund cruised to a 3-0 win with Raphaël Guerreiro netting the third and Reus adding a second in the 90th minute.

The win moved BVB to the top of the table, if only briefly with a game in hand over RB Leipzig and Bayern Munich, who faced off later Saturday.