JJ Seaward March 12, 2017
Orlando City SC debuted a new stadium in their season opener. And while it almost didn't happen, it just might offer one of the best fan experiences in all of MLS.

Orlando City SC's new stadium is a beautiful piece of architecture that the team and their fan base will be proud of for years to come. It might also hold one of the most passionate fan bases in all of MLS as well.

The stadium was designed by famed architects at Populous – a group of designers who are no strangers to soccer. They designed the new Emirates Stadium in London in 2006, updated the Etihad Stadium for Manchester City in 2015 and have now designed a potential crown jewel of MLS stadiums with Orlando City's new home. 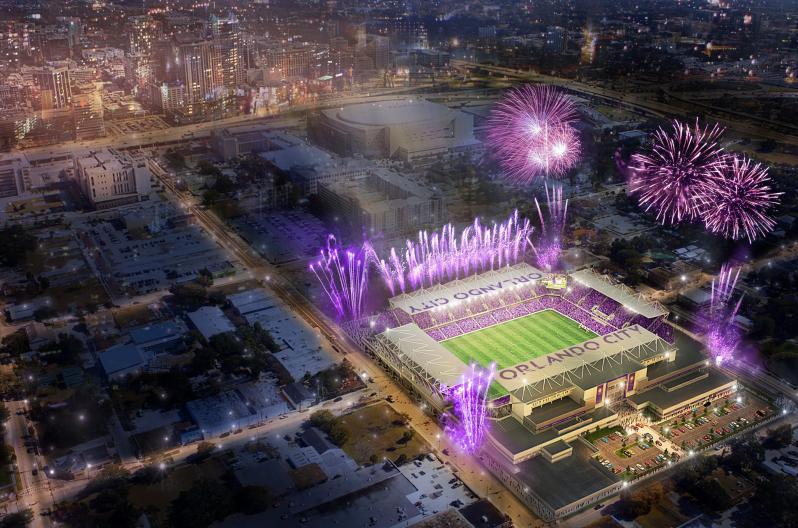 The brand new stadium is privately owned by the team, and is only a couple of blocks away from the Amway Center, as well as the downtown bar district. Presenting an ideal location for the Orlando-based soccer club, this stadium will serve as the home to a growing powerhouse in MLS. More impressive than the architecture, however, are the fans who showed up for week one's match versus New York FC.

No game today, so we'll just have to relive Sunday all over again to pass the time. #WelcomeHome pic.twitter.com/s7QivjpnJl

These are great scenes for Orlando fans, who feared the stadium might not be built at all after the state pulled $30 million in funding based on political pushback. In the aftermath of that decision, majority owner Flávio Augusto da Silva took a major leap of faith – putting up $155 million of his own money to not only build the stadium as originally planned, but to expand its capacity from 19,500 to 25,500. In doing so, he bet that he could attract a group of investors to back the stadium construction.

Turns out, he was right. A group of 60 wealthy families, mostly from Brazil, invested in the stadium. In an especially ironic twist, given the political pushback on the original stadium plan, Augusto da Silva was able to attract investment in the stadium after realizing that any foreign investor who committd $500,000 or more to the project would not only receive annual dividends and season tickets, but also green cards allowing they and their families to live and work in the United States.

The stadium this global group of investors created takes its cues not only from another MLS venue – Sporting Kansas City's Children's Mercy Park – but also from iconic global venues like Emirates and their raucous supporters' sections.

As part of the Orlando City stadium design, Populous created "The Wall," the "only safe standing supporters’ section in North America." Each week, it holds 4,000 of the Orlando City’s most passionate fans. Moreover, its upper bowl is the steepest in MLS and the first row is as close to the field as the league allows. Which makes for an amazing experience for fans and players, as evidenced during Orlando City's week one match versus New York FC.

You know what's better than being a part of The Wall on gamedays? Nothing. #NeverHuntAlone

When it comes to the acclaimed "Wall", the mission it carries, in addition to supporting the team and building strong community, is to create one of the loudest, most creative, passionate and visually stunning experiences in MLS. Orlando City SC has also incorporated within their new stadium a section of the seating area that will be used as a tribute area for the victims of the Pulse Nightclub shooting that transpired in 2016. 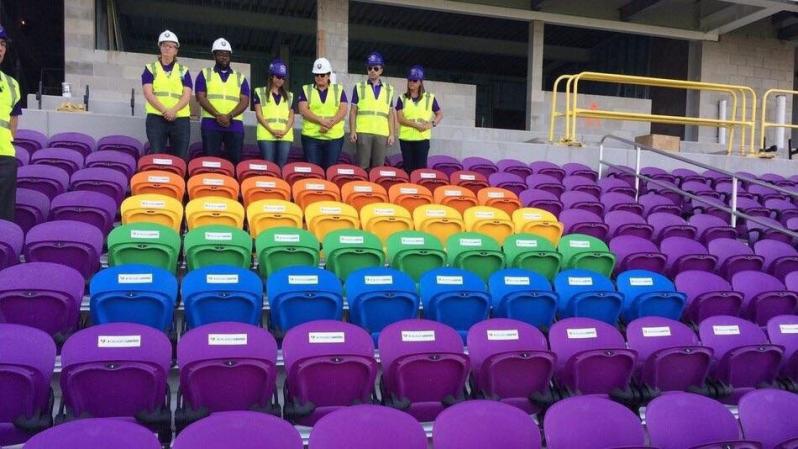 49 seats for the 49 victims of the 2016 Pulse Nightclub shooting (Photo: @JamesMoore_org | Twitter)

Which brings us back to Orlando City's debut in the stadium versus NYFC. One of the best moments of the game came before the opening kickoff, as the crowd sang the national anthem in unison, revealing a beautiful tifo in The Wall fan section titled as a "Gift from the Gods," followed by a blast of purple smoke. The image that came out of the smoke took everyone's breath away and will stand as a symbolic image for the team.

A Gift From The Gods. #TheWall pic.twitter.com/VraHaiFWSN

The lone and only goal that would transpire during the game would belong to Orlando City SC, as Cyle Larin found the back of the net in the 15' on the receiving end of a perfect cross inside of the box from Giles Barnes, who would replace Kaka after suffering an injury in the 11th minute.

Perhaps the only dark spot that marred Orlando City's opener was the injury of superstar and global icon, Kaka. According to the team, the injury will keep him out of the line up for at least six weeks with a hamstring injury. With the injury of Kaka, the club will be in for tough times as Kaka is one of the team's best players and their captain. (Last season Kaka led the team with 10 assists, while also contributing nine goals of his own for the squad.)

Not that we expect Orlando City's players, owners and supporters sitting on "The Wall" to give up. They faced many tough times making their dream of a new home a reality and we imagine they will carry the team forward through the coming weeks with the same relentless energy.