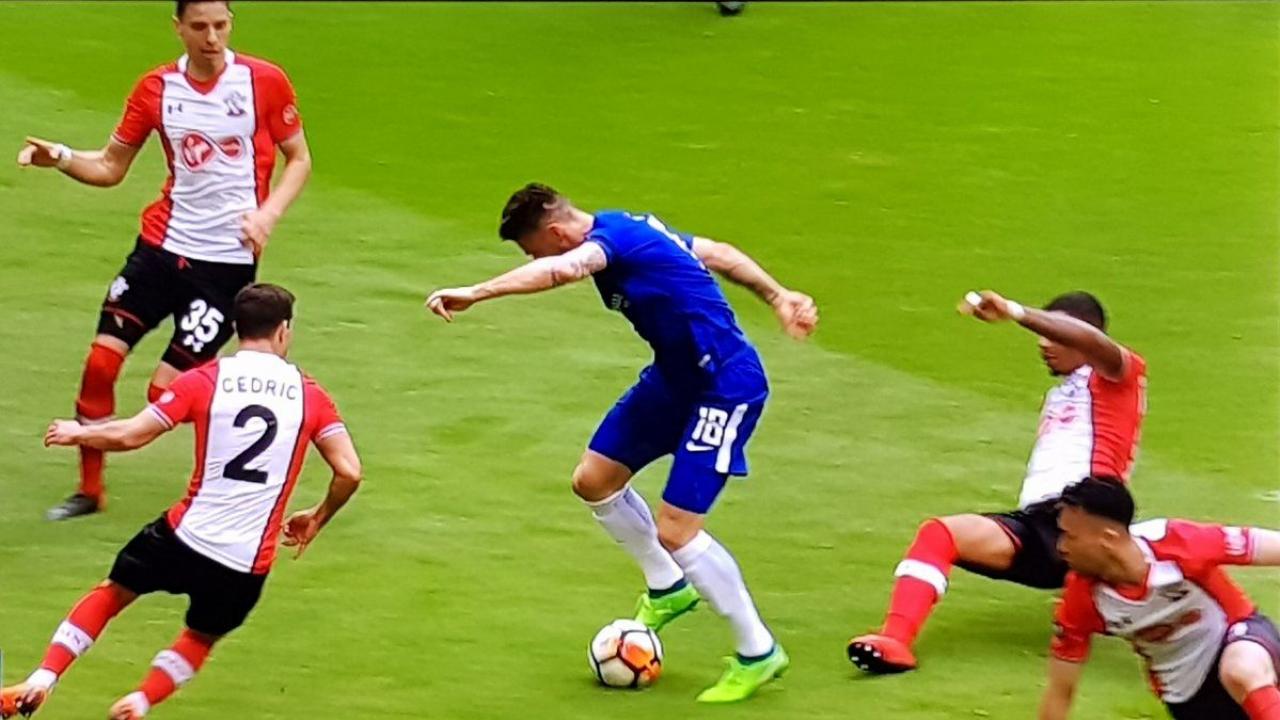 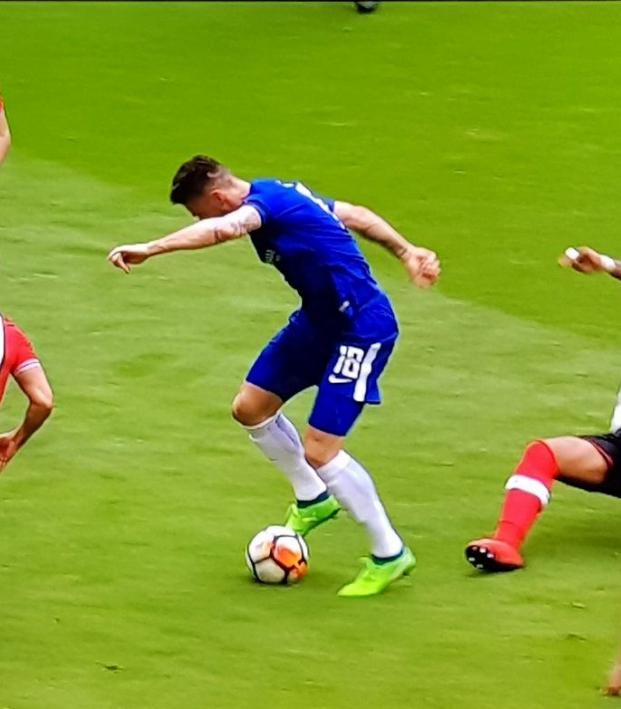 Olivier Giroud is a bit of an enigma. He’s a large center forward with a meaty French forehead who is often at his best using his size and strength to score with his head — and he also scores some of the most incredible goals in the world. The Giroud goal vs Southampton for Chelsea in the FA Cup semifinals on Sunday at Wembley Stadium falls into the latter category.

Giroud’s goal sent Chelsea on its way to a 2-0 victory to earn a spot in the final against Manchester United. Alvaro Morata scored the other for the Blues, but he can only dream of scoring goals as brilliant as his French teammate.

If you were to watch a highlight reel of Giroud’s best goals and nothing else from the former Montpellier and Arsenal man, you would assume he was the greatest goal scorer of all time. His scorpion kick against Crystal Palace last season won a Puskas Award as the best goal of the year.

The Olivier Giroud goal vs Southampton was another example of the Chelsea forward pulling out the absolutely sublime to score. This time, with the match scoreless, Giroud dribbled around four defenders before poking home the go-ahead goal less than 30 seconds into the second half.

Chelsea storm out of the break as Olivier Giroud scores the opening goal just 30 seconds into the 2nd half! pic.twitter.com/KCGvlfsguY

How does this guy keep scoring incredible goals? He looked more like Diego Maradona than a player deemed superfluous at Arsenal. 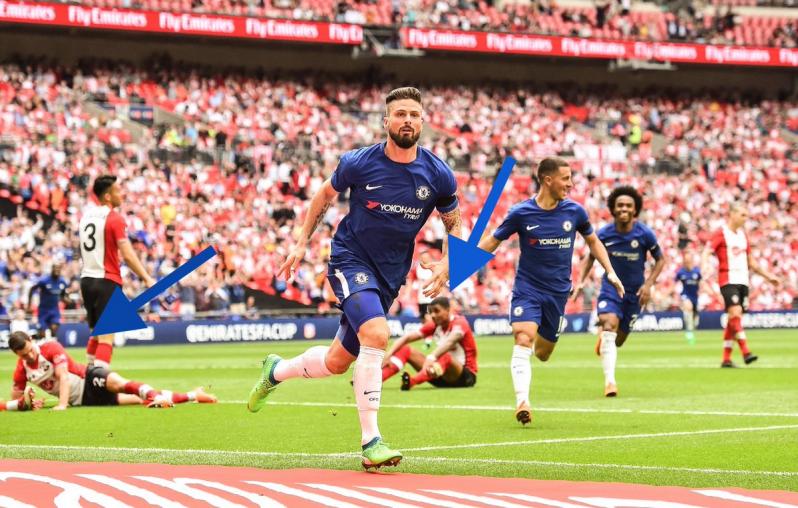 Players left in the wake of the Olivier Giroud goal vs Southampton. Photo: @brfootball | Twitter

The Giroud goal vs Southampton was his 15th in 26 FA Cup appearances since his debut in the competition in 2013. He has a chance to win another FA Cup when he goes up against another former Arsenal striker, Alexis Sanchez, in the final on May 19 back at Wembley.

Chelsea was a deserved winner on the day, though Southampton will feel aggrieved the referee disallowed a goal when it was still 1-0. Chelsea keeper Willy Caballero dropped the ball into his own net but because 99 percent of referees unnecessarily give the benefit of the doubt to goalkeepers, a phantom call prevented the Saints' equalizer.