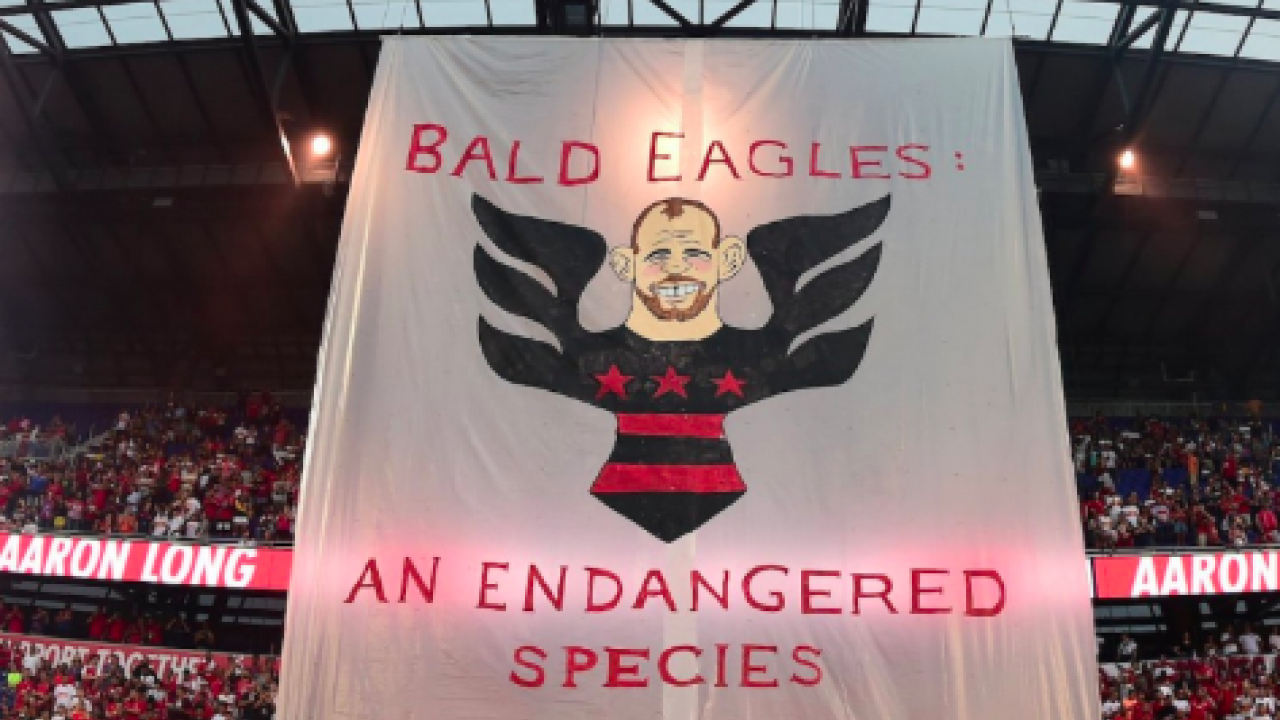 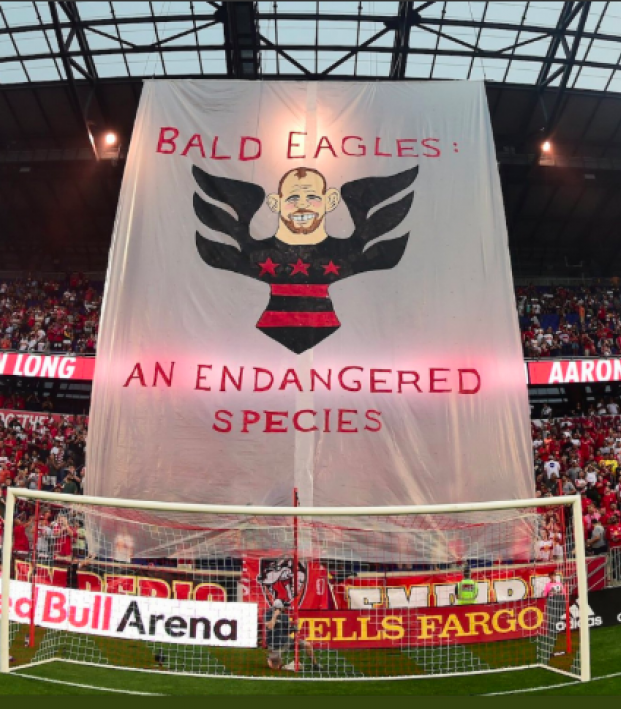 D.C. United’s big name signing has proven that he’s brought a little magic with him from overseas, igniting a hot-streak for the capital club that's seen them go five games unbeaten and making a serious push for the playoffs.

But last night, Wayne Rooney's wand was on the fritz as United fell 1-0 to the New York Red Bulls on the road. Rooney would garner quite a bit of attention on Sunday, but not necessarily in the right ways. First, all eyes were on his countenance as Red Bulls fans welcomed the former England captain with this not-so-subtle tifo. 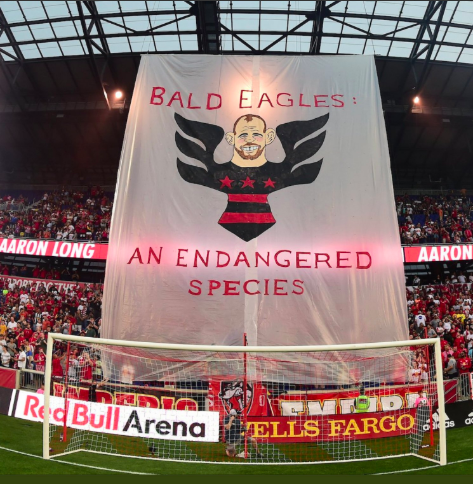 No chill from NYRB fans as they taunt Wayne Rooney. Photo:@dedrevil | Twitter

It's no secret that Rooney does not exactly rival David Beckham or Cristiano Ronaldo in the looks department, and leave it to American sports fans to take that sort of thing and run with it. The banner specifically pokes fun at Rooney’s famously receding hair line. Though the forward has received hair transplants in recent years, it is still an undeniable part of his aesthetic and clearly will not be forgotten.

NYRB clinched the win against its long-time rivals thanks to a solo effort by MLS assist leader Kaku in the 56th. The 23-year-old Paraguayan international was able to collect a poor D.C. United clearance at the top of the box and created just enough space for himself with a few quick touches to fire home a low driven ball post goalkeeper Bill Hamid.

The aforementioned “Bald Eagle” had a golden chance to equalize for D.C. in the 66th. He set up Acosta in the box with a lovely give and go and saw the ball fall fortuitously at his feet after a bit of a scramble. Unfortunately, the No. 9 smashed it against the cross bar from close range and surely wishes he had that one back.

With the win, the Red Bulls win the Atlantic Cup (the name of the rivalry and the trophy contested between the two sides) and pull ahead of New York City FC to within just two points of frontrunners Atlanta United in the Eastern Conference standings. D.C. will look to get back to its good form at home on Wednesday against Philadelphia.