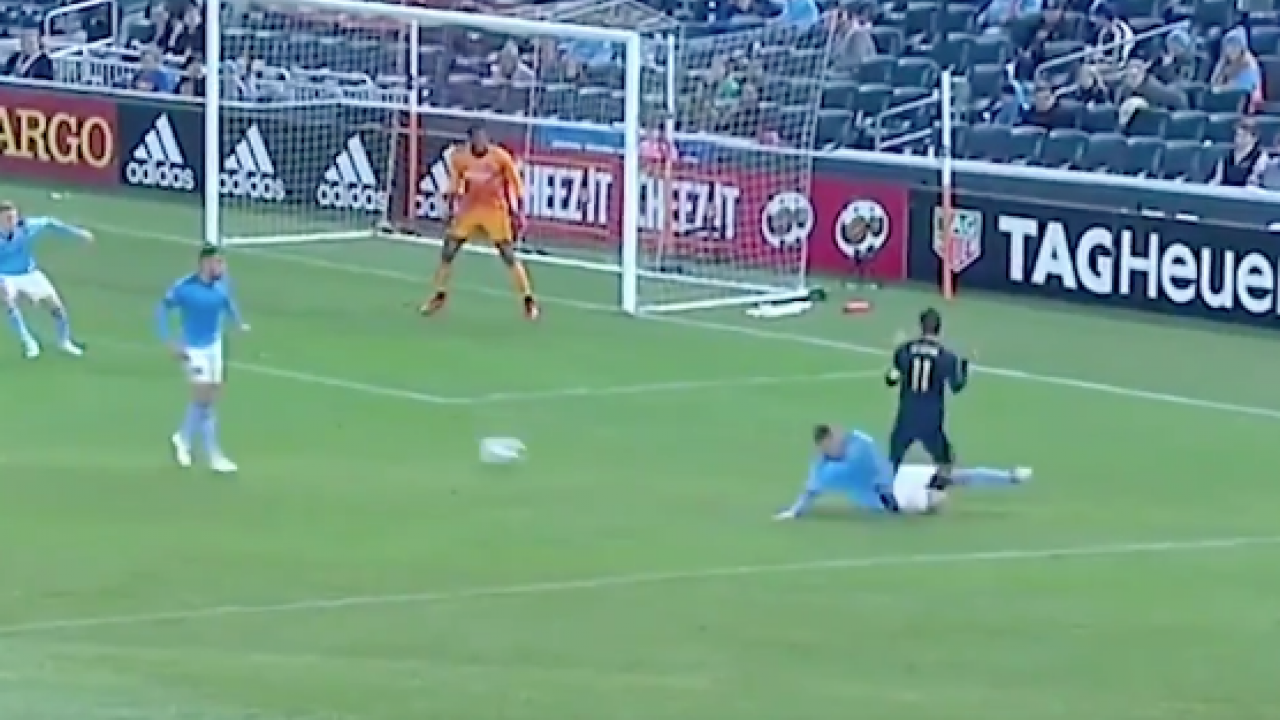 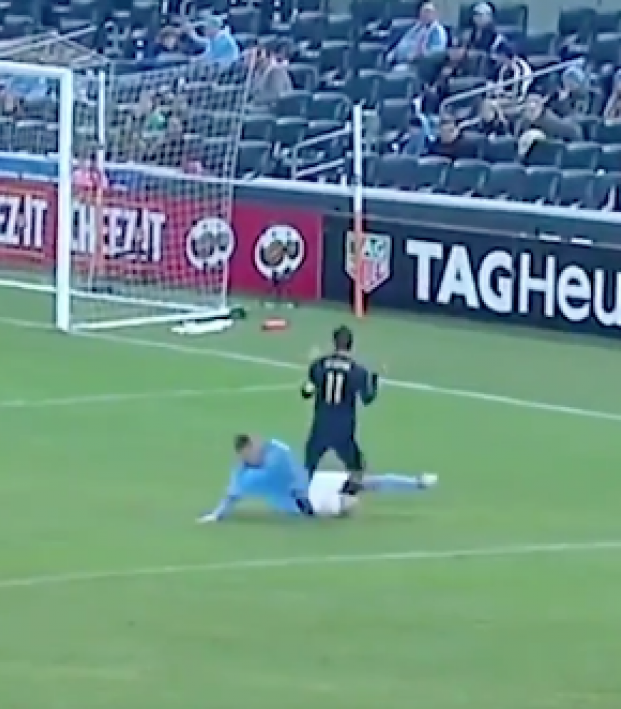 Travis Yoesting November 1, 2018
The Philadelphia Union lost 3-1 to NYCFC in part because the officials missed Bedoya getting poleaxed in the box.

New York City FC defeated the Philadelphia Union 3-1 to advance to the MLS Conference Semifinals on Wednesday in the Bronx. On its face, it was a comprehensive victory, with the Union’s lone goal coming far too late in the 83rd minute. But one shocking no-call in the first half absolutely had an impact on the game, and MLS is being a bit tone-deaf in the aftermath.

In the 34th minute of the MLS Knockout Round match, the Eastern Conference’s third-place team New York City already led the sixth-place team Philadelphia 2-0 thanks to goals from Ismael Tajouri-Shradi in the 10th minute and David Villa in the 26th.

The Union, trying to get back into the match, made a nice foray forward into the area. Keegan Rosenberry played Alejandro Bedoya into the box where the former USMNT midfielder sent a first-time cross back across the pitch.

Before Bedoya’s pass even reached anyone, NYCFC left back Ben Sweat absolutely obliterated Bedoya with a crunching tackle.

The referee allowed play to continue, eventually calling offside on Philadelphia when a shot was deflected by an offside player. While allowing play to continue for a brief moment wasn’t a bad call, not coming back to the initial awful challenge from Sweat absolutely was. Even more shocking, the VAR failed to step in to rectify the situation.

NYCFC went on to score a third in the 78th minute through Maximiliano Morález before Philadelphia finally got on the board in the 83rd minute through Cory Burke. But you can’t help but think how the game might’ve been different had Philadelphia been given a penalty kick to pull within 2-1 before halftime (not to mention a possible red card for Sweat given the severity of the challenge, though I think a yellow would have sufficed).

To compound matters, Major League Soccer’s social media team put together a little video to highlight the mistake, capitalizing on a marketing opportunity with Pringles with this tweet, asking fans if this was a penalty or not.

It’s a bit surprising that MLS would call attention to this blatant mistake from its referees, who would probably fail this quiz.

One of the first people to respond to the tone-deaf tweet was Bedoya himself. He was still nonplussed at the no call the morning after and was happy just to have survived the challenge without injury.

Hell no, I don’t agree with the call. I’m pretty sure that’s a blatant & obvious penalty. Could’ve changed the game. I’m lucky my ankle is still intact.  https://t.co/IdozCOgeUA

Alas, the refs who matter missed the call and NYCFC is moving on to play Atlanta United in the Conference Semifinals.

In the meantime, here are some other Twitter reactions on the shocking no call.

I tweeted @22BenSweat last night that his tackle on bedoya was dirty and he blocked me, hahah. Not an @ATLUTD fan, but I hope that they pummel @NYCFC in the next round. Toughen up, Ben. I hope to never see you in a us jersey again!

It's a penalty every day of the week. Serious question, though: does the official get disciplined for missing it? What say you, @PROreferees?

Not just your opinion - dem be the rules....

Era penal. If that had a been a slide against Villa, it would have been 2 PKs for NYCFC--that's how much MLS in jonesing for a LA-NY final

Why are we asked to do someone else’s job

Penalty all day how he doesn’t call is crazy

Good thing they have VAR to catch that. What’s that? They didn’t go to VAR for that?!?! Good work @PROreferees. You continue to demonstrate how inept your organization is.