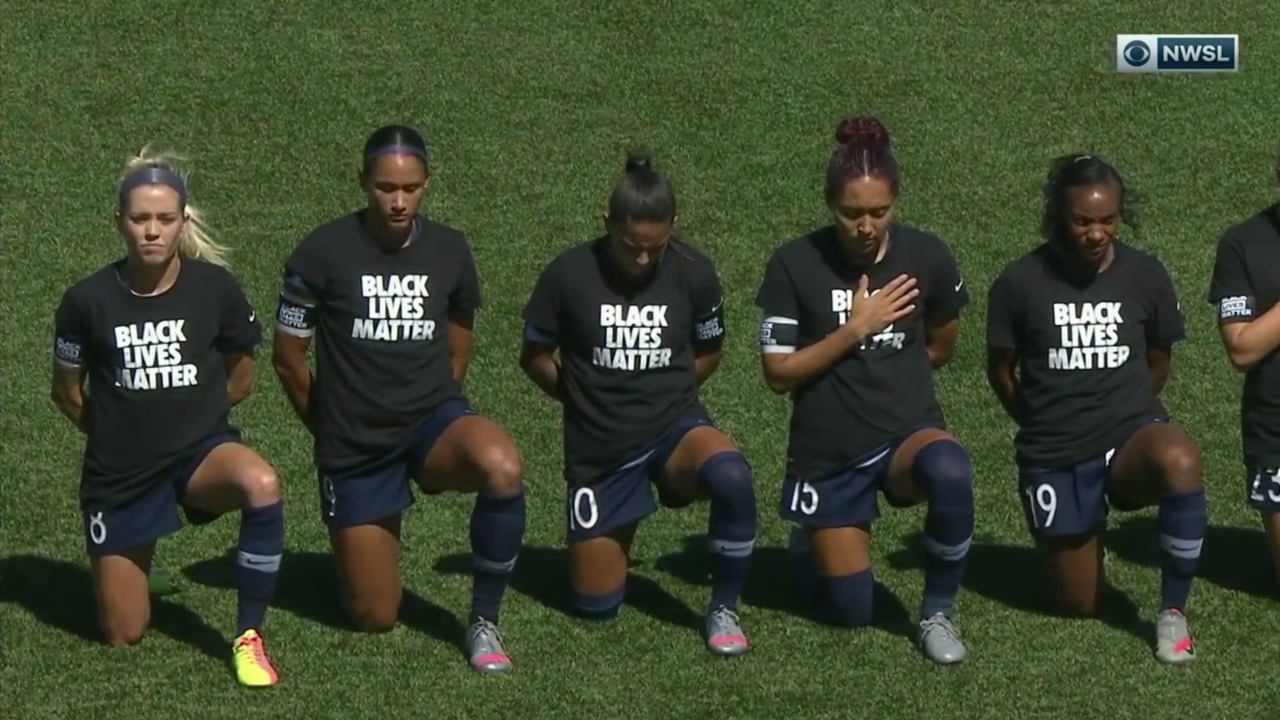 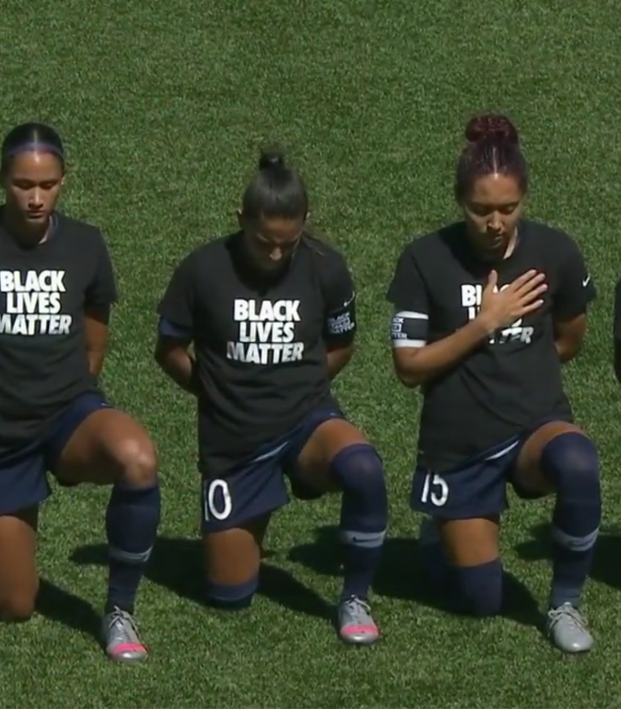 NWSL Changes Anthem Policy To Let Players Do Whatever They Want

The U.S. National Women's Soccer League (NWSL) has said players can choose to remain in the locker room or express their individual views on the pitch while the national anthem is being played at the Challenge Cup.

The NWSL said the decision to provide additional flexibility by revising pregame ceremonies followed discussions with players, club officials and other stakeholders.

Every player from the North Carolina Courage and Portland Thorns took a knee during the anthem and wore T-shirts with the slogan "Black Lives Matter" before their game on Saturday to kick off the Challenge Cup. Most players did the same before the Chicago Red Stars-Washington Spirit match later that day.

Athletes from around the world have been joining the protest campaign sparked by the death last month of George Floyd, a Black man, while in Minneapolis police custody.

"The NWSL stands behind every player, official and staff member," NWSL Commissioner Lisa Baird said in a statement.

"Kneel on the field. Stand with your hand over your heart. Honour your feelings in the privacy of the locker room or at midfield. The NWSL is a league that was built on diversity and courage and those principles will continue to drive us forward."

The month-long Challenge Cup in Utah, which kicked off on Saturday, will be played in empty stadiums amid the COVID-19 pandemic.

(Reporting by Shrivathsa Sridhar in Bengaluru; Editing by Peter Rutherford)