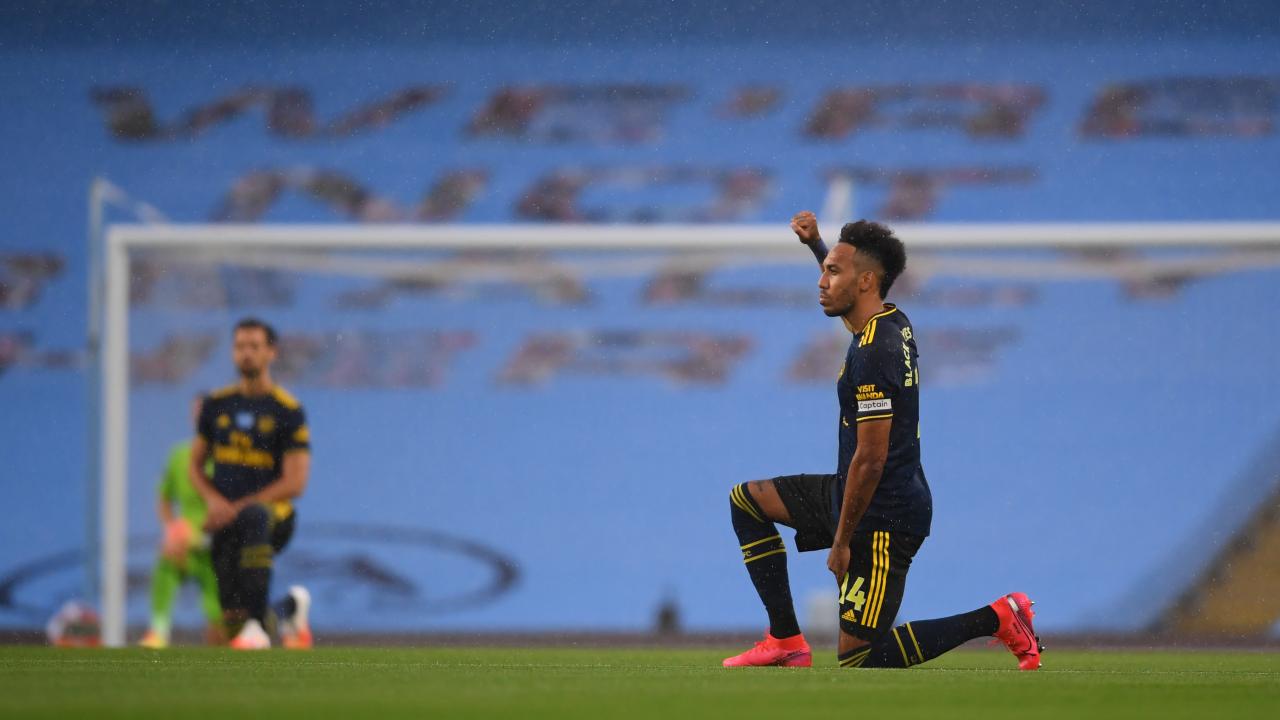 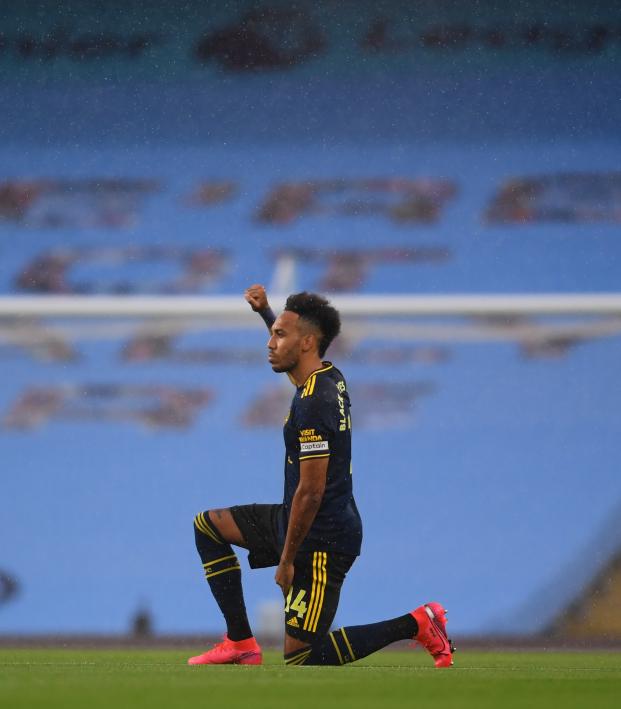 Premier League CEO Richard Masters defended players' and clubs' collective decision to support the Black Lives Matter movement on Tuesday, describing it as a moral cause and not a political one.

When the league restarted this month after a three-month stoppage due to the coronavirus pandemic, all players had "Black Lives Matter" on their shirts instead of their names in the opening round of games and they have continued to take a knee before kick-off in support of BLM.

At a hearing of the British parliament's Digital, Culture, Media and Sport Committee, Conservative MP Steve Brine said the the league's support for the movement appeared to mark a shift from its previous opposition to political messages in the sport.

He highlighted previous cases of politics in English football such as when Arsenal distanced themselves from Mesut Ozil's support for the Uighur Muslim population in China and when the league fined Manchester City manager Pep Guardiola for wearing a yellow ribbon in support of Catalan independence campaigners.

"How did we get from Ozil and Pep to Black Lives Matter, and can the Premier League players and managers now be assured that anything goes if they have a cause that they feel strongly about and the Premier League will not take action against them?" he asked Masters.

"I think we are living in unprecedented times," Masters replied.

"Players are used to being the message board for other people's messages and on this occasion they wanted to make two very clear statements as players, supported by the Premier League and the clubs: Thanking the NHS..and also recognising the issues that are going around the world and the support of the sentiment of Black Lives Matter," he said.

"We listened and are happy to support them.

"I don't think it sets any particular precedent. I think it is perfectly possible to support Black Lives Matter the sentiment without being seen to support any political organisation," he said.

Masters said "all players" had backed the campaign, but he added that there would be a high bar for any future initatives which would have to be agreed upon.

"We are drawing a clear distinction between a moral cause and a political movement or agenda. Whilst there may be a difficulty sometimes, dividing the two, our position is clear: Politics no, moral causes yes - when agreed," he said.

Masters said if players got involved in political messaging on the field without agreement they would remain in breach of regulations and could face fines.

"I think you are opening up a can of worms by how you have responded to those questions," she said.

Masters reiterated that the decision to back BLM was a collective one, saying it had come out of conference call discussions with the captains of the Premier League clubs, and did not set a precedent.

"This is all players coming together...it is a firm position from all players," he said.

"It doesn't mean that whenever players on an individual (or) collective basis want to do something that the Premier League and clubs will be duty-bound to support it."