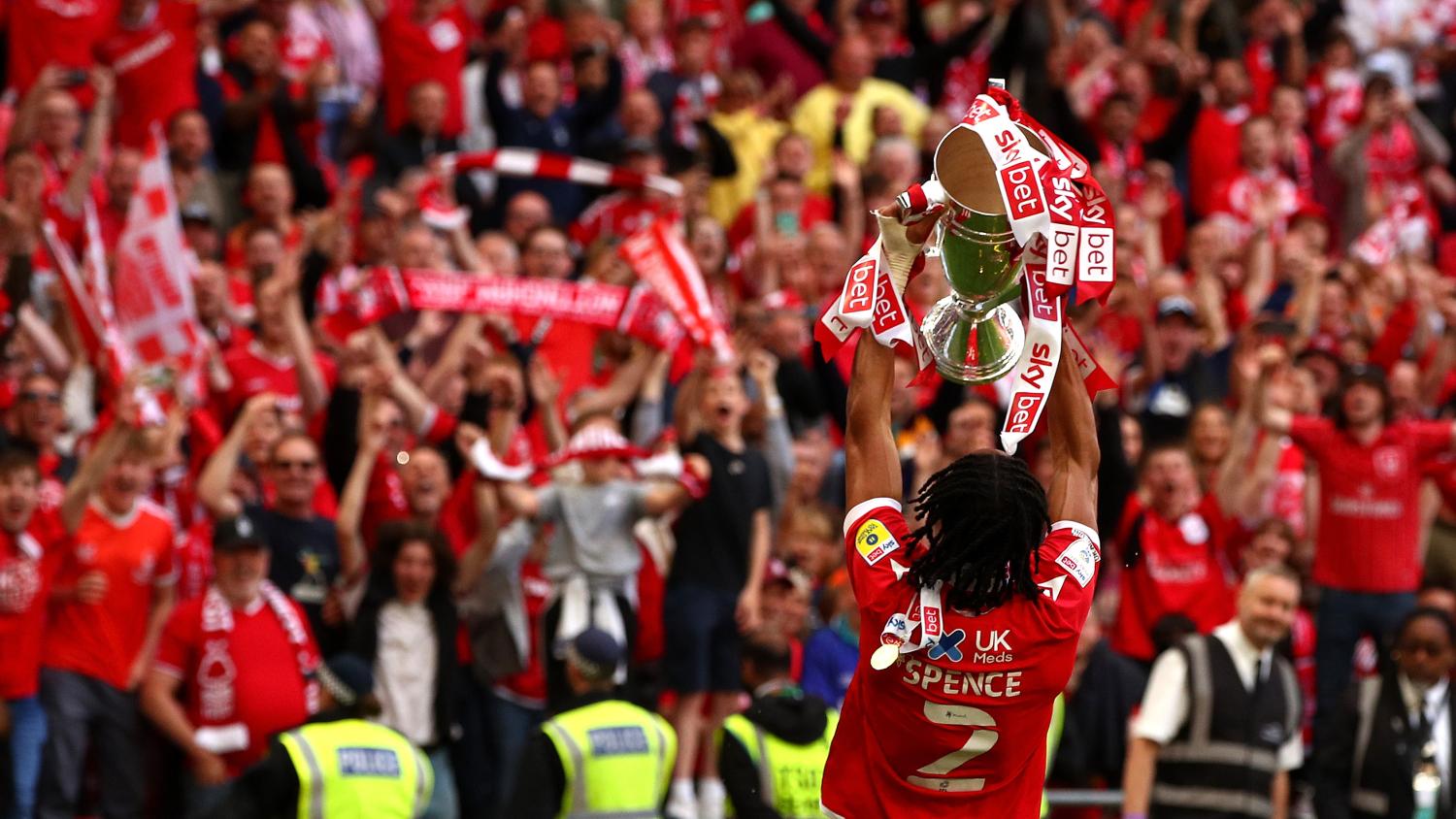 LONDON - Nottingham Forest beat Huddersfield Town 1-0 in the Championship playoff final at Wembley Stadium on Sunday to return to the Premier League after a 23-year absence.

The decisive goal came in the 43rd minute when Huddersfield defender Levi Colwill deflected a James Garner shot into his own net.

Nottingham Forest strike first against Huddersfield in their bid to return to the Premier League pic.twitter.com/3K2R6g4mgs

Former European champions Forest were relegated from the top flight in 1999 and they join Bournemouth and Fulham, who won automatic promotion to the Premier League.

Steve Cooper's side were deserved winners having dominated the first half and then held on to their lead without Huddersfield truly threatening their goal.

"We've been fantastic all season — we were really unlucky to not go up automatically. We've played with honesty and we play football the right way," he said.

NOTTINGHAM FOREST ARE GOING BACK TO THE PREMIER LEAGUE‼️ pic.twitter.com/S41C806XZH

The only scare came when Town's Harry Toffolo went down in the box under a challenge from Jack Colback but referee Jon Moss booked the Huddersfield wingback for simulation.

Should this have been a penalty to Huddersfield? pic.twitter.com/tf9dLI8oaw

Forest, who had beaten Sheffield United to reach the playoff final, were English champions in 1978 under Brian Clough and went on to win the European Cup in 1979 and 1980.

The East Midlands side had made an awful start to the season, sacking manager Chris Hughton when they were bottom of the league after taking just one point from their opening seven games. Former Swansea City manager Cooper took charge and transformed the campaign, leading Forest to a fourth-placed finish, two points behind third-placed Huddersfield.

Forest have struggled to find their way out of the Championship and Cooper was the 14th manager they have appointed in 10 years, since Billy Davies departed in the summer of 2011.

"Everybody connected with the football club deserves today and we are really looking forward now to a positive future," said Cooper.

"I love being at this football club, it has changed my life professionally," he added.

Huddersfield had been relegated from the Premier League in 2019 after two seasons in the top division and had finished 18th and 20th in the past two campaigns.