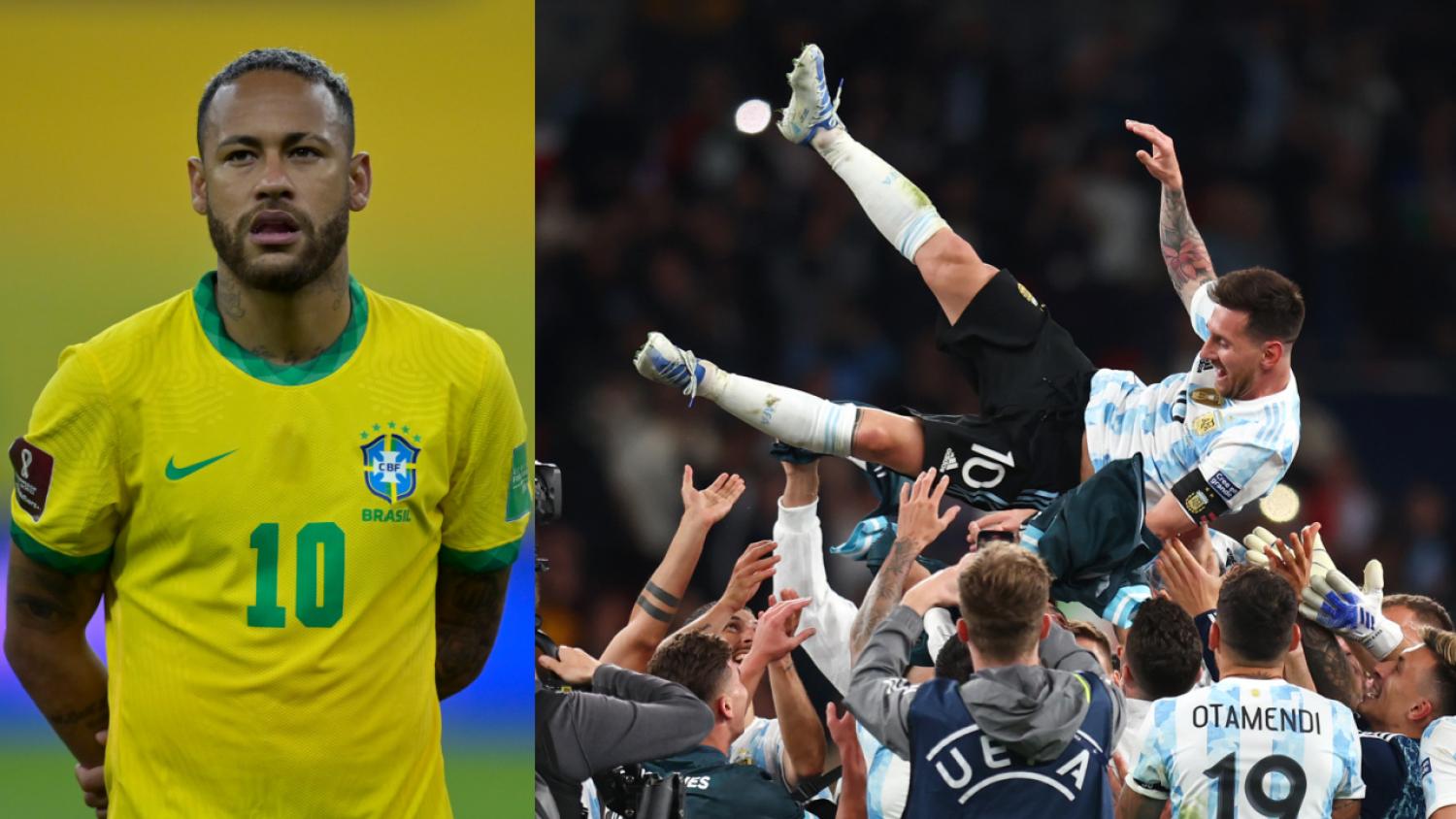 Can we please get an Argentina vs. Brazil semifinal in Qatar?
Getty Images

The animosity between Argentina and Brazil is reaching a fever pitch at the perfect moment: right before the 2022 World Cup. Their only possible clash course in Qatar would see the bitter rivals meet in the semifinals, but that world-stopping event is plausible because La Albiceleste and the Seleção are as good as they've been in a long time.

The two have split the past two Copa Américas, playing out a bad-blooded semifinal in 2019 that Brazil won en route to the title while Argentina had its vengeance in the 2021 final at the Maracanã.

The two nations both made it through CONMEBOL's notoriously difficult qualifying cycle without tasting defeat, although they played one less game (17) than everyone else because of their abandoned meeting in São Paulo, which only served to stoke perceived injustices and conspiracies on both sides.

The weight of expectation is heavy for both teams, but Argentina is still thrilling in its recent Copa victory — a first major trophy since 1993 — and that win put them in the highly contrived "Finalissima" against Euro 2020 champion Italy at Wembley Stadium in London on Wednesday.

No one really knew what to make of it — especially after Italy's shocking World Cup elimination at the hands of North Macedonia — but Lionel Messi ran the show and Argentina put on a spectacle for the 87,000 in attendance while winning 3-0.

Argentina got to lift its second trophy in under a year, and in the dressing room, players celebrated by taking up a song that became popular after the Copa América victory.

The song basically calls out Brazil for losing the 1950 World Cup Final to Uruguay ("El Maracanazo") and says that Messi rules over them all. Pretty standard stuff, but enough to piss all of Brazil off.

Neymar responded to the Instagram post above with "Ganharam a copa do mundo?" ("Won the World Cup?").

Messi and Ronaldo now have the same number of major trophies pic.twitter.com/AZe4DPYvzb

Is there trouble in the Messi-Neymar bromance? The Brazilian wants to see out his PSG contract through 2025, but Kylian Mbappé (who's apparently now sporting director after signing a mega-extension) reportedly wants him gone. Messi is caught in the middle.