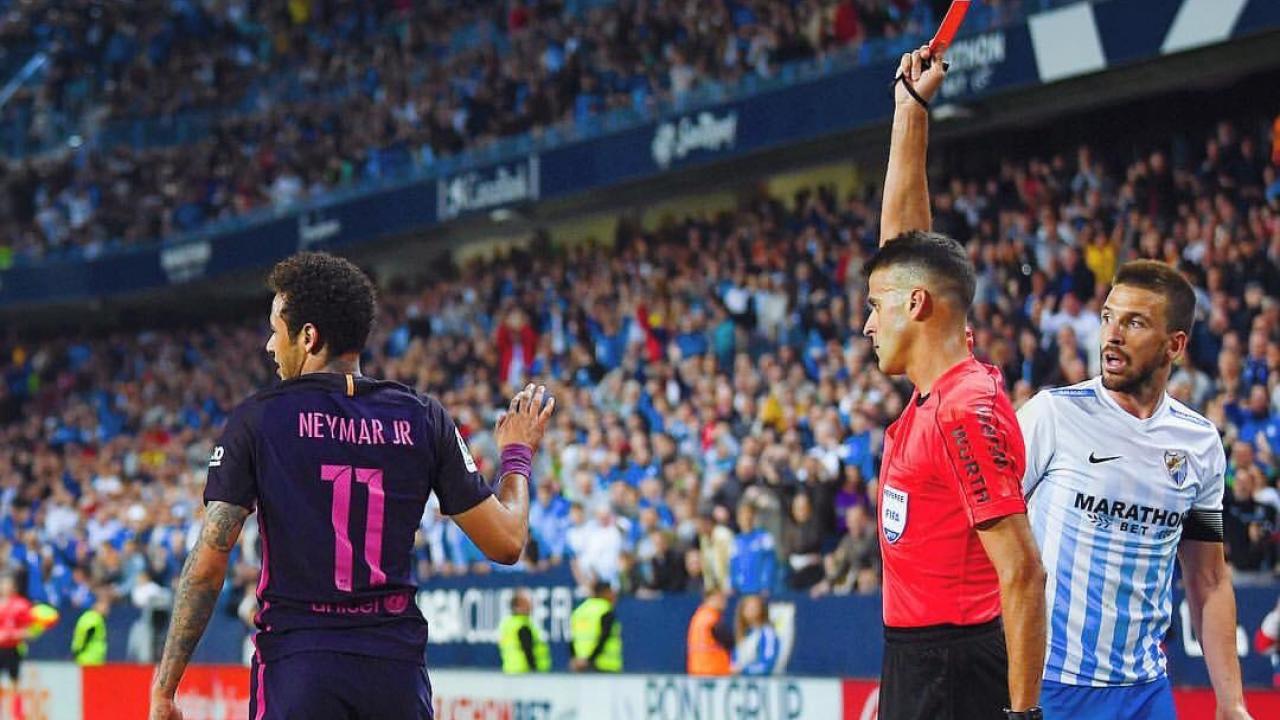 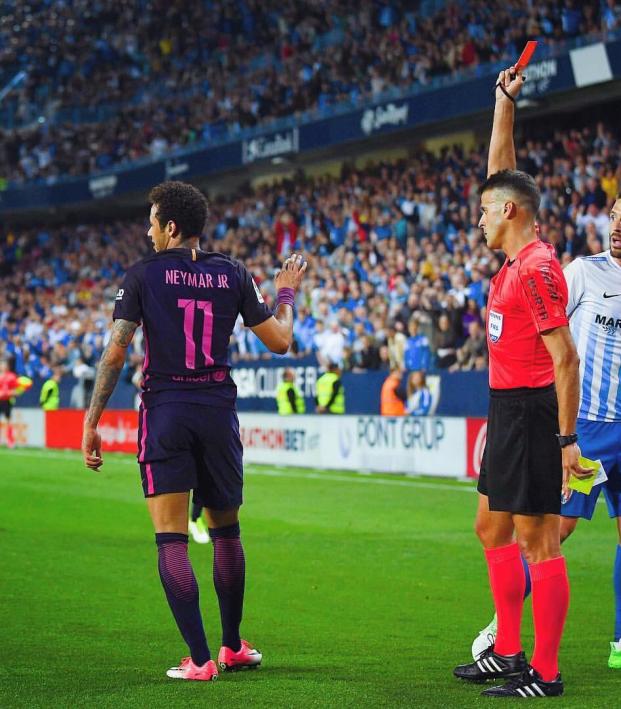 Connor Fleming April 10, 2017
Neymar’s dismissal and sarcastic applauding of the fourth official has resulted in a two-match suspension, including April 23rd’s El Clasico.

Barcelona’s form since their historic comeback victory over Paris Saint-Germain has been representative of those two ridiculous legs and Barca’s La Liga campaign on the whole.

Real Madrid's hold on the division once looked a certainty as their unbeaten streak reached new heights, but February and early March saw Barcelona win six straight matches in the league while Real dropped four points to Valencia and Las Palmas.

After week 26, Barcelona were suddenly atop the La Liga table, albeit with having played one more match than their rivals, with a one-point lead. But then the wheels came off against relegation-threatened Deportivo in a crushing 2-1 defeat.

Barcelona’s good cop/bad cop routine then went on its merry way. Over the following three league fixtures, Barcelona defeated Valencia, Granada and Sevilla by a combined score of 11-3.

On Saturday, after watching Antoine Griezmann score late to snatch a 1-1 draw in the Madrid derby earlier in the day, hopes for pursuing a remarkable treble in Luis Enrique’s final season in charge were suddenly restored.

A win over Malaga, another side looking to ease their own relegation fears, followed by a victory against Real Sociedad would mean that April 23rd’s El Clasico would suddenly become a title decider.

But these are the sides Barcelona hasn’t been able to defeat consistently this season.

Barcelona's four defeats this season: Alavés, Celta, Depor, Malaga. None of those in the top nine.

This match had everything we’ve now come to expect from Barcelona when they’re at their worst this season: Marc-Andre ter Stegen made a mistake playing the ball out of the back, Jeremy Mathieu was accountable for a goal and the criticism of Andre Gomes is somehow going to grow after this weekend.

But the most unforgivable performance was that of Neymar. At the conclusion of the PSG second leg, Neymar didn't look like Lionel Messi’s future successor, he looked like an immediate one. But the 25-year-old still has some work to do if he’s ever going to reach Messi’s level of consistency.

Neymar misplaced 13 passes and completed a small percentage of his dribbles on Saturday. He wasn’t effective in one-on-one situations, and his frustration was clear for all to see. In the 27th minute, he received his first caution for tying his shoe directly in front of a Malaga free kick. It’s difficult to imagine a stupider booking.

With Barcelona trailing 1-0, he was then shown a second yellow and given his marching orders for a late and high challenge on Diego Llorente. This earned the Brazilian attacker a suspension for Barca’s match against Real Sociedad on April 15th.

But then, while making his way to the tunnel, he made a massive show of sarcastically applauding the fourth official. Reportedly, this will earn him another one-match suspension — El Clasico at the Santiago Bernabeu on April 3.

#Neymar will miss El Clasico. Two game ban. One for the red card, one for applauding the assistant.

If Real Madrid win their game in hand, the gap between Barca and Real is six points. Even if Barcelona were to defeat Real Madrid in El Clasico, it’s difficult to imagine defeat to Malaga and Neymar’s breakdown as anything other than the day the title race was decided.