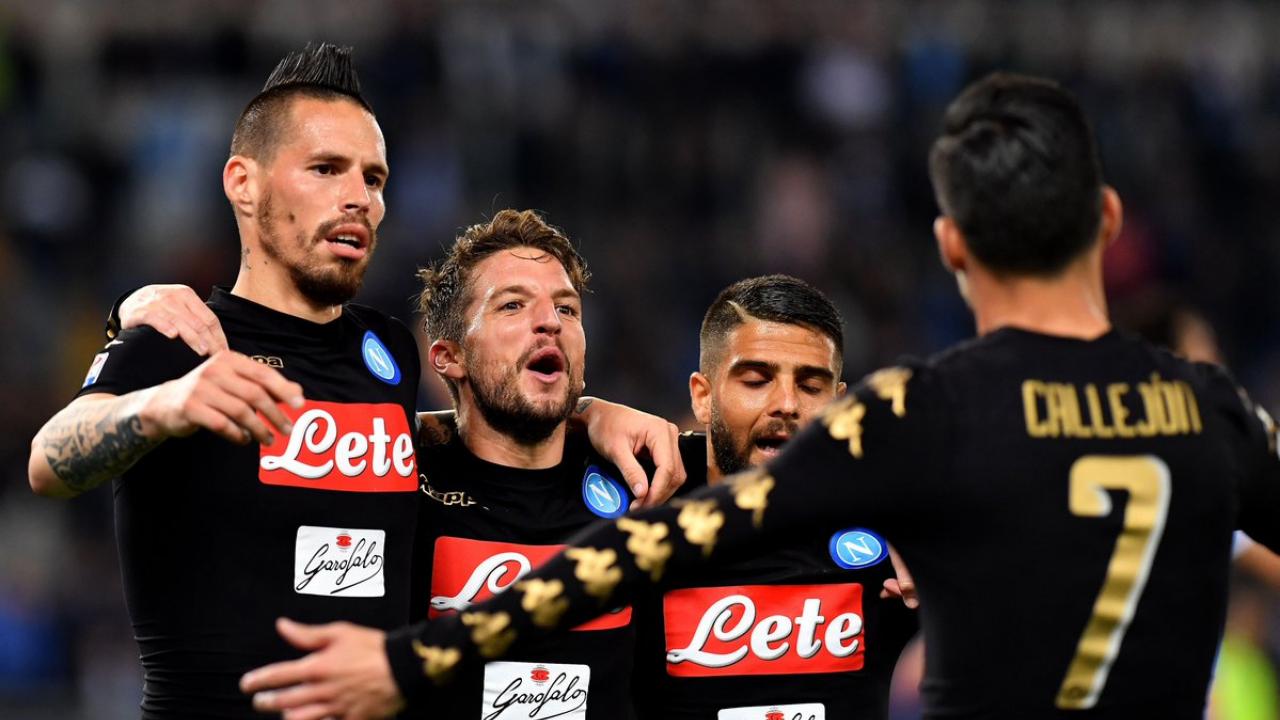 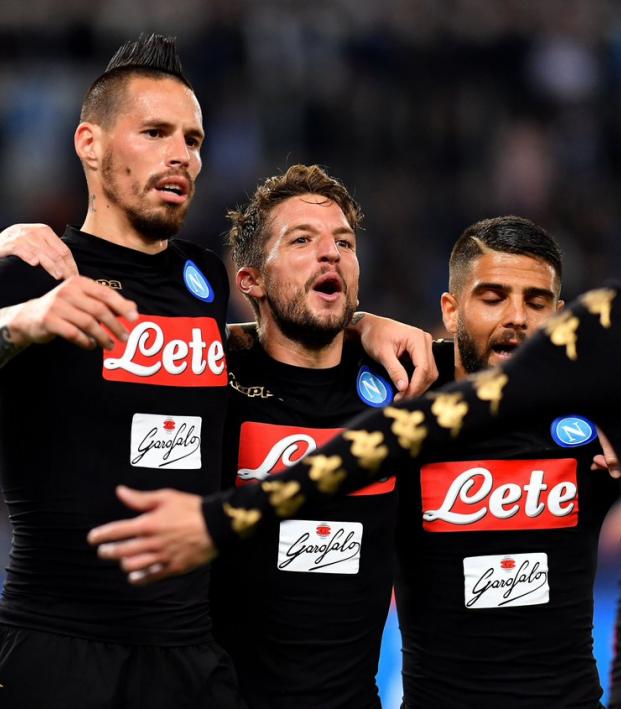 Huw Thomas April 10, 2017
With Lazio vs. Napoli on Sunday, the fourth-place side failed to stake a claim for their excellent season. But what's happening with Lazio’s subtle success?

It seems like every week, we talk about Napoli. Despite them being only third in the table, they’re generating a huge amount of column inches at the moment. As fate would have it, Napoli’s fixture list has thrown up a string of vital matches, back to back to back. There was the Real Madrid tie, the double header against Juventus, and a perpetual chase to stay in the top three and secure Champions League football for another year.

This week, there were even alternatives ready to be discussed: Inter failing to beat Crotone, Torino coming from behind to win, Paolo Sousa making the baffling confession that Fiorentina’s aim for the season was never to secure European football for next year, or even the North Korean player Kwang-Son Hang scoring for Cagliari, becoming the first player from his country to score in Serie A in only his second match. There was plenty to talk about. But here we are, talking about Napoli once again.

And that’s because, this week, their opponents were Lazio. Strangely enough for the nefarious Roman club, Lazio have been having a quietly excellent season. Usually, if Lazio are imploding/succeeding/any or all of the above, then they’re going to do it loudly, they’re going to do it with some panache. Even when they’re not doing very much, they’re typically doing it in a manner which demands some form of attention.

But not this season. This season, Lazio have been quietly excellent. Subtly great. Under the radar. So when we discuss this week’s biggest game, it’s no surprise to see that most of the press has centred on Napoli.

It’s probably quite true — though certainly reductive — to suggest that Lazio’s season has been defined by their management troubles in the summer. It was a summer which promised so much. After a flurry of success in previous years, the sparkling relationship between Stefano Pioli and Lazio had fizzled out. After he was sacked, Simone Inzaghi made the step up from the youth team.

He did fairly well, steadying an almost-scuttled ship and seeing out the season without much fanfare. Big things were coming in the summer, the Lazio ownership promised, just wait and see.

And it very nearly came to pass. Ask any football nerd about their favourite managers and, about five minutes into any suitably sycophantic conversation, you can expect to hear the words ‘Bielsa’, ‘Bielsista’, ‘genius’, and ‘mad’ all thrown about. Lazio, in their search for the best possible manager, had gone straight to the source.

Marcelo Bielsa, the man who has had such a profound influence on football management that the scant space devoted to him in this article is an insult in and of itself. The man who shaped the way Guardiola, Sampaoli and Pochettino see football. A man who is as much of a loon as he is a genius, prone to strange and baffling behaviour befitting his mercurial reputation.

The Lazio head honchos met with Marcelo and laid down an agreement in principle for the coach to take over the team. In doing so, they all but guaranteed an attacking, thrusting, thrilling type of pressing football which would not only shoot Lazio up the table, but which would leave the players broken and exhausted by March. Such is the Bielsa way. The only thing the manager required was a certain set of signings.

He handed over a list to the Lazio management and resumed his holiday, which presumably consisted of diving into his huge collection of VHS tapes containing the most obscure and esoteric football matches around.

It was all set. A brand-new storyline to the Serie A experience. One of the great managers in one of the great leagues. Fireworks were all but certain. But before anything could really happen, it all fell apart. On the eve of the season, Bielsa announced that he would not be taking up the position. The players he had been promised had not been delivered.

While Lazio threatened legal action and Bielsa went back to Argentina, a very real problem emerged. Lazio needed a coach and they needed one quick. Once again, they turned to Simone Inzaghi.

A decent player in his day, there’s no doubt that Simone is the lesser-known Inzaghi brother when you ask most people. While his brother, Pippo, has also gone into management, it is Simone who seems to have stepped to the spotlight the quickest. But, even when he subbed in for Pioli at the end of last season, there was not much to say about Simone. He was reassuringly competent.

Clearly intelligent, clearly armed with the ability to flourish into a good coach, but without the bombast or spectacle that many other managers — such as Marcelo Bielsa — bring to a club.

So, after Bielsa-gate broke, and after a desperate last minute search, Lazio once against turned to their in-house option. Simone took the reins again. And over the course of the season, he’s been superb.

Going into Sunday’s match, Lazio were in fourth place. They couldn’t climb any higher, given that their third placed opponents had a lead of four points. But they could shorten the gap considerably, enough to get Napoli to start looking over their shoulders during the season’s run in.

Already through to the final of the Coppa Italia, beating fierce rivals Roma along the way, there were few Lazio fans who could have expected a cup final and potential Champions League football after the start-of-the-season chaos. But here they were.

Many people might seem surprised at the short distance between third and fourth. After all, it’s Inter, Torino, Milan, or Atalanta who have been billed as the ‘best of the rest’, of the teams apart from the top three of Juventus, Roma, and Napoli. But Lazio’s quiet success under the guidance of Simone Inzaghi is commendable and hard to pin down.

There’s been a few factors, certainly. Inzaghi’s competence is certainly one of them, being as he’s a manager always prepared to make a few small tweaks but to leave a larger template intact (especially when it’s working). There’s the signing of Ciro Immobile, brought in from the cold after several disastrous seasons of failing to live up to his undoubted potential.

There’s Lucas Biglia, always ticking over in the midfield, unheralded and consistently neat and tidy. Or, for the purists, there’s Milinkovic-Savic, the young Serbian through-ball wizard with the velvet in-step. There’s plenty to admire, all of it part of a fiercely effective package.

Whatever ends up happening to Lazio this year, they’ve undoubtedly been a success. Given how tumultuously they began the season, the determination of Inzaghi to right the course has been impressive. Wherever they go from here, they have everything in place for an extended period of success. Good young players, a good young manager, and the stable finances required to hopefully keep these factors in place. The future looks bright for Lazio.

Sunday wasn’t quite so good, however. They lost to Napoli. Just as so many teams have been this season, they were carved open by the fluid front three. They’re further back now, firmly part of the chasing pack. So while we might do well to praise Napoli for another impressive win, the very fact that Lazio had something to play for is commendable in and of itself. But, once again, it's likely that Napoli will hog all of the spotlight.