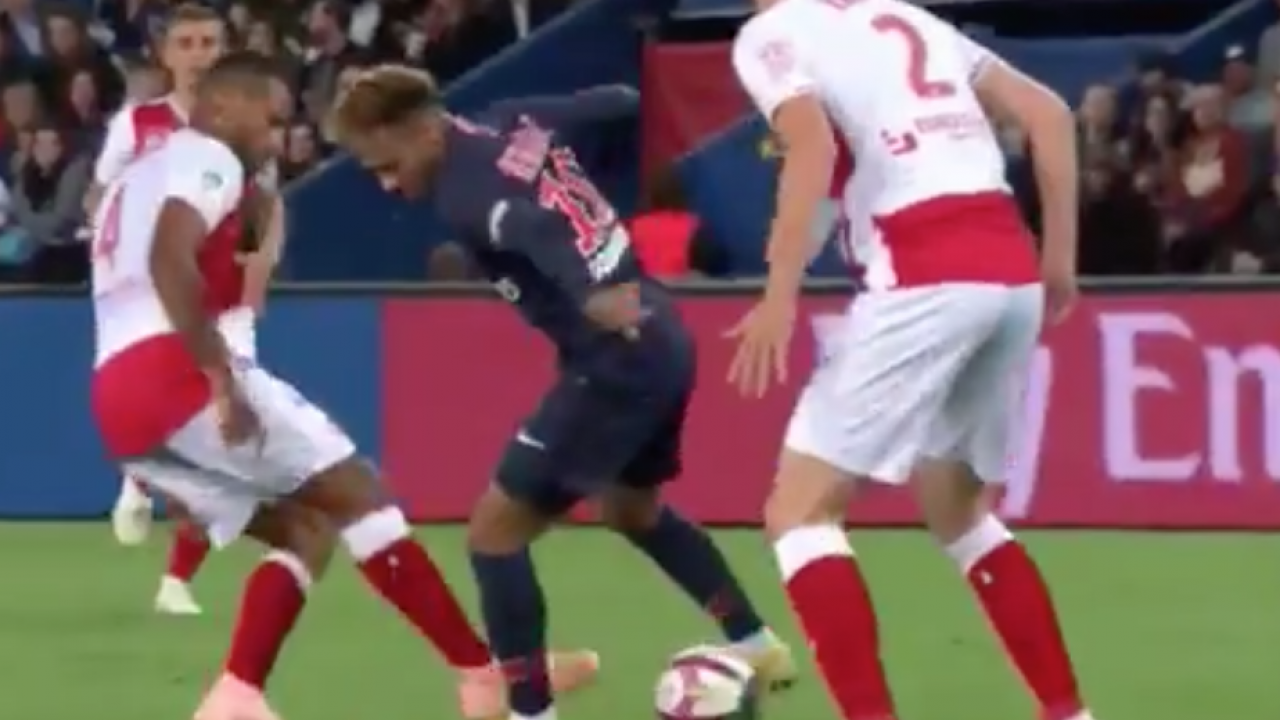 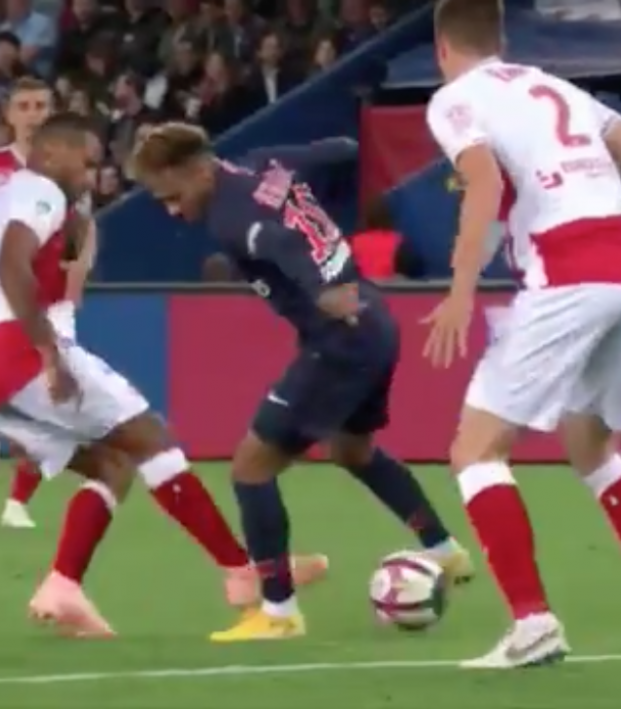 If you’ve ever wondered by Neymar ends up on the ground so often, this is why. The Brazilian may be consistently harangued for his diving, but this incredible piece of Neymar skill vs Reims on Wednesday shows exactly why PSG’s star man is the target of so much physical abuse on the pitch.

It happened quickly, so here’s a slow-motion replay.

Neymar is often vilified for his antics going to ground when he may or may not be fouled. He embellishes, deceives and occasionally takes a dive.

But the reason he feels the need to resort to these tactics is because he is so skillful with the ball, opponents must resort to physical play to stop him. How else are defenders going to slow Neymar down when he’s capable of these skills?

Paris Saint-Germain actually fell behind Stade de Reims in the second minute of their Ligue 1 match on Wednesday at the Parc des Princes. The rest of the match belonged to Neymar and PSG in a 4-1 victory.

Edinson Cavani scored twice, Thomas Meunier once and Neymar converted a dubious penalty kick for PSG. While Neymar won’t be credited for any assists, he played major roles in the final three goals.

The Parisians are now an astounding eight points clear through seven Ligue 1 matches, with Lyon, Marseille and Lille struggling to keep up on 13 points.

The first goal was the nicest for PSG, Cavani perfectly placing a chip over the head of Edouard Mendy.

Cavani made it 2-1 when Neymar’s lofted ball into the box was misplayed by Mendy right to the Uruguayan, who made no mistake in tucking the ball home.

After Neymar converted a penalty kick drawn by Cavani at the edge of the box, the Brazilian went on one more rampaging run to set up Muenier for an easy tap-in.

All in all, it was a good night for Neymar and Co.