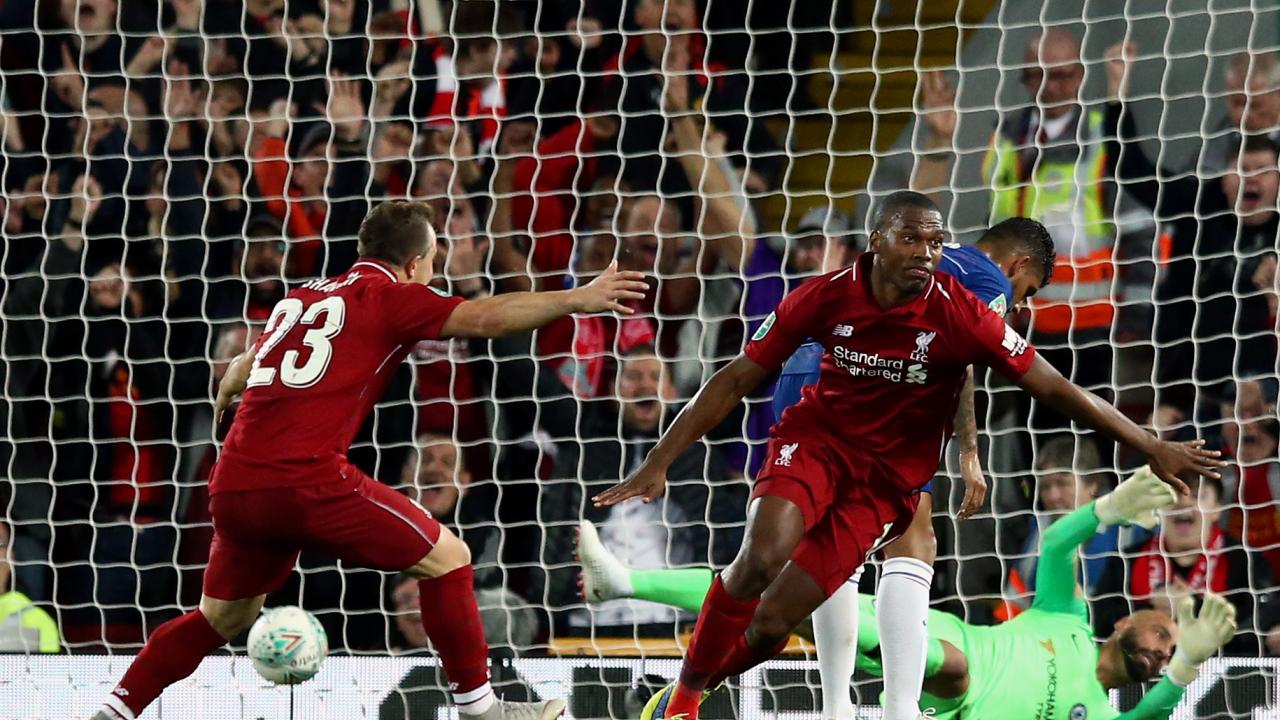 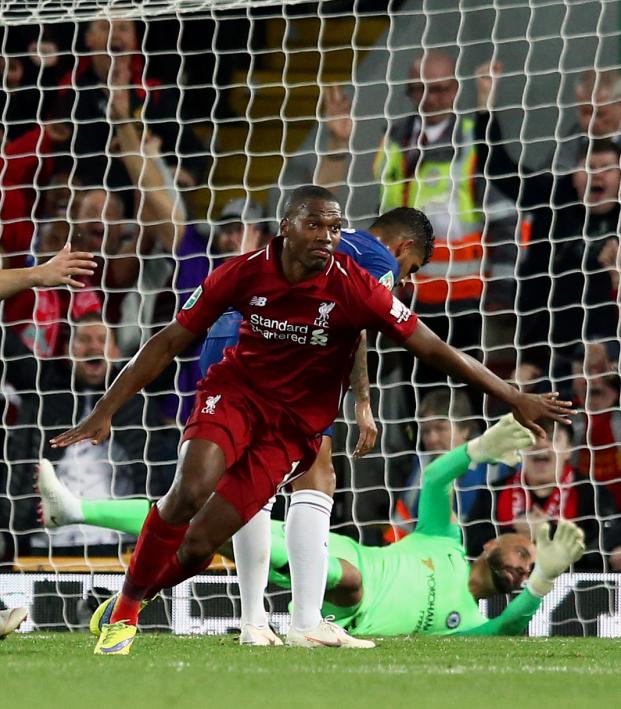 Travis Yoesting September 26, 2018
Sturridge helped Liverpool take the lead against Chelsea, eventually. But the Blues had the last laugh.

What do you do when you commit one of the most shocking misses of your career?

Follow it up with one of the best goals of your career, of course.

Daniel Sturridge somehow missed a tap-in with an open net moments into the second half of Liverpool’s League Cup match with Chelsea. Less than 15 minutes later, he was celebrating a brilliant goal to put the Reds in front at Anfield.

But the Sturridge goal vs Chelsea was for naught, as the Blues rallied late for a 2-1 win.

Chelsea and Liverpool were scoreless after 45 minutes on Wednesday, but moments into the second half Sturridge was gifted the opportunity of a lifetime to score against his former club.

After intercepting a criminally poor back pass, the English striker rounded Willy Caballero and only had to tap in from about 12 yards out.

Sure he was a bit off balance, but at this point, Sturridge probably felt like he had just been slapped by seal wielding an octopus.

This sassy seal slapped a kayaker across the face with an octopus pic.twitter.com/JTOUeGkniD

But fortunately for Sturridge (though the octopus could care less), Liverpool’s front man was given a second opportunity. In the 58th minute, Caballero failed to do enough with a shot right at him. The ball bounced up toward Sturridge, who smashed a wonderfully acrobatic volley into the back of the (admittedly empty) net.

Well, as it turned out, Chelsea was the seal.

Maurizio Sarri started the match with both Eden Hazard and N’Golo Kanté on the bench. The result was this guy trying to score for the Blues.

But when Sarri was able to get both Hazard and Kanté onto the pitch, Chelsea was able to take over, starting with this tap-in from left back Emerson Palmieri.

Then Hazard ended Alberto Moreno with a nutmeg and match winner in the 85th minute.

So the Sturridge goal vs Chelsea was great redemption for the individual but meant nothing for Liverpool in the end. But it was pretty.

Fortunately, the two clubs will meet again on Saturday in the Premier League.