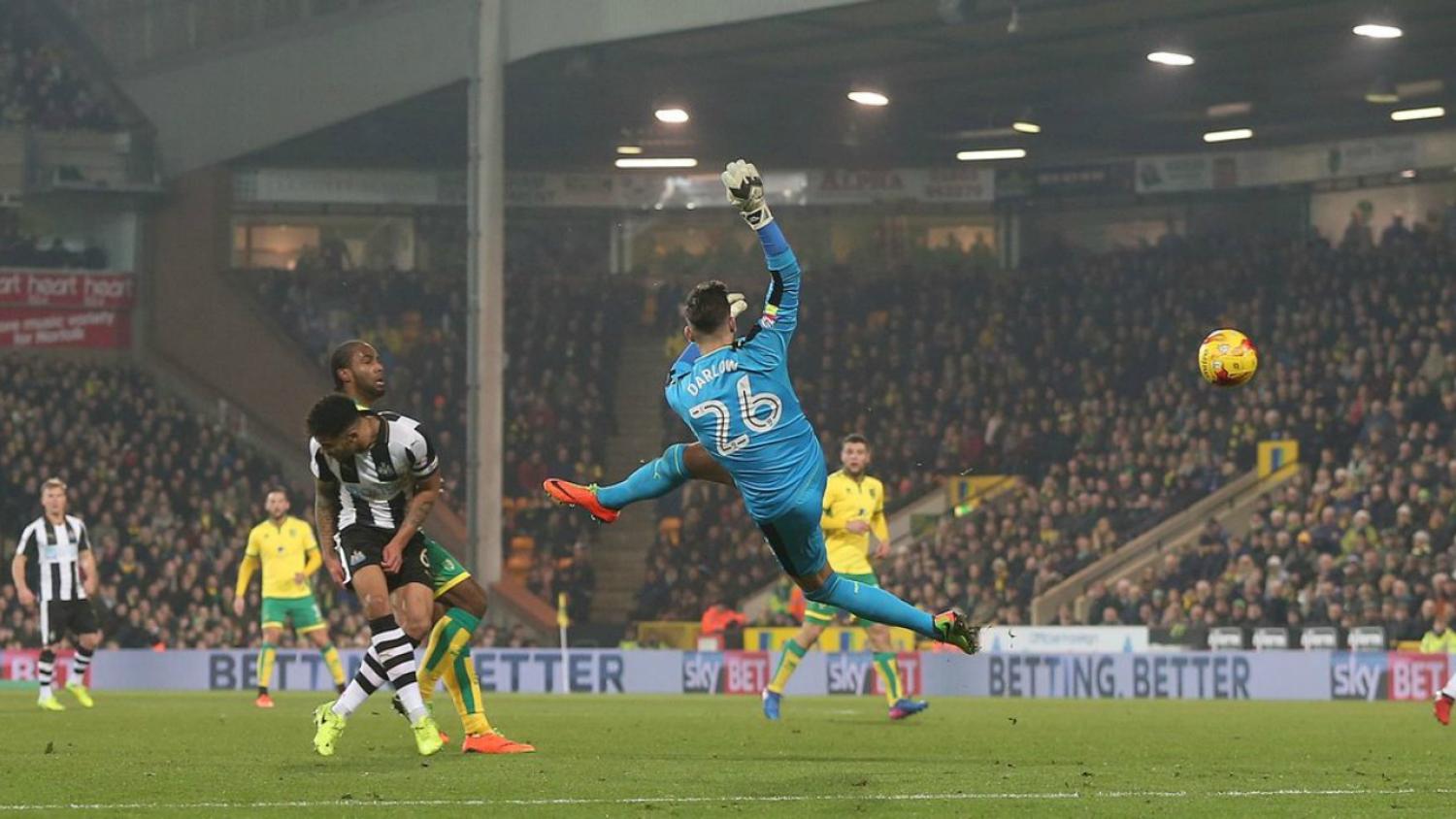 Karl Darlow has been great for Newcastle, but this spinning, maniacal side-volley wasn’t a good clearance.
@TheJournalNUFC | Twitter

After spending £6.5 million on Belgian Matz Sels in the offseason but watching him commit a series of high-profile errors to start the campaign, Newcastle United turned to 26-year-old goalkeeper Karl Darlow to steady the ship.

Darlow has since been great in net for the league league leaders, but he undoubtedly suffered the worst moment of his career in Newcastle’s 2-2 draw with Norwich City on Tuesday.

With the scores level at 1-1, Darlow came out to clear a routine long ball, but he managed to turn himself into a hip-hop dancing b-boy, contorting his legs and body to slice the ball backwards. Norwich, you just got served.

But then Cameron Jerome provided a classic b-boy freeze move, celebrating in front of the net before he’d even scored. Newcastle, you got served.