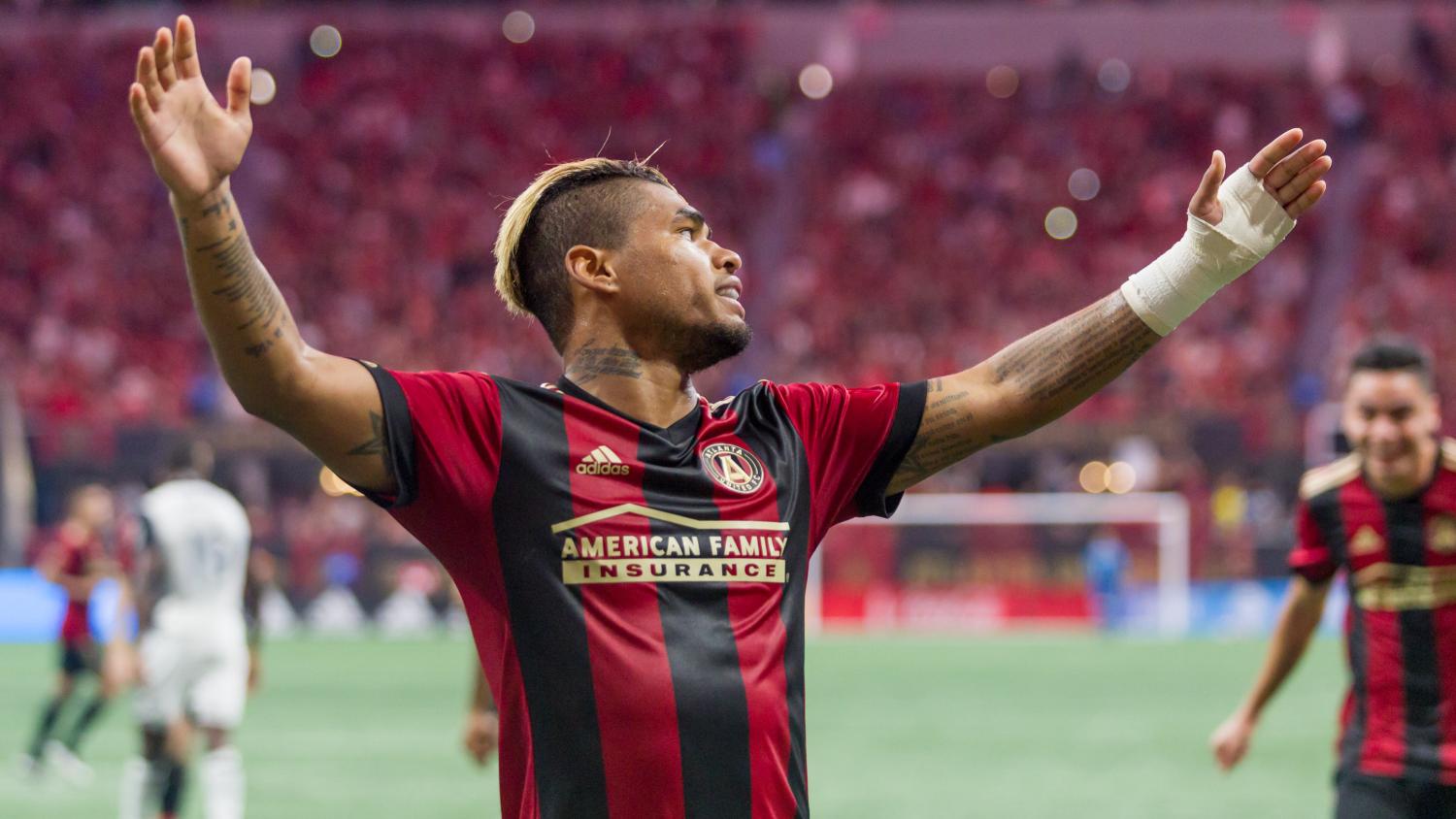 Atlanta United forward set the record for most MLS hat tricks in about 1.5 seasons.
Shutterstock.com

Wayne Rooney earned his first start for DC United in Major League Soccer on Saturday in Atlanta. Then Josef Martinez showed him a thing or two about how to score in this country, setting the record for most MLS hat tricks in an absurdly small number of games.

Josef Martinez clearly knows the answer to life, the universe and everything. After another three-goal performance against DC United, the Venezuelan owns the record for most MLS hat tricks with six after just 42 appearances in the league.

Here’s the record-breaking goal, Martinez dancing around the DC keeper like he’s Brazilian Ronaldo, or at least a young Landon Donovan.

.@JosefMartinez17 earns a spot in the record books!

To put some perspective on the insane speed with which Martinez set this record, his sixth hat trick came 13 games faster than Stern John’s 55, which was also incredible. The only other player with five hat tricks in MLS history was Diego Serna, who took 124 matches to reach the mark.

Martinez also equaled the record for most MLS hat tricks in a single season with three. The mark has been set five times prior, including, of course, Martinez last season.

In his #MLS career:

Here’s Martinez’s first goal of the hat trick, which left DC United goalkeeper David Ousted in a heap. Personally, I like to see goalkeepers not given the benefit of the doubt every single time someone makes contact with one.

BEAST. MODE. @JosefMartinez17 is a terror in the air. What a goal! https://t.co/PXnKdM5O4r

And this was the second of the day for the Atlanta United player.

Martinez was given a curtain call in the 85th minute, subbed out to a standing ovation as Atlanta cruised to a 3-1 win.

Who should receive today's Golden Spike?