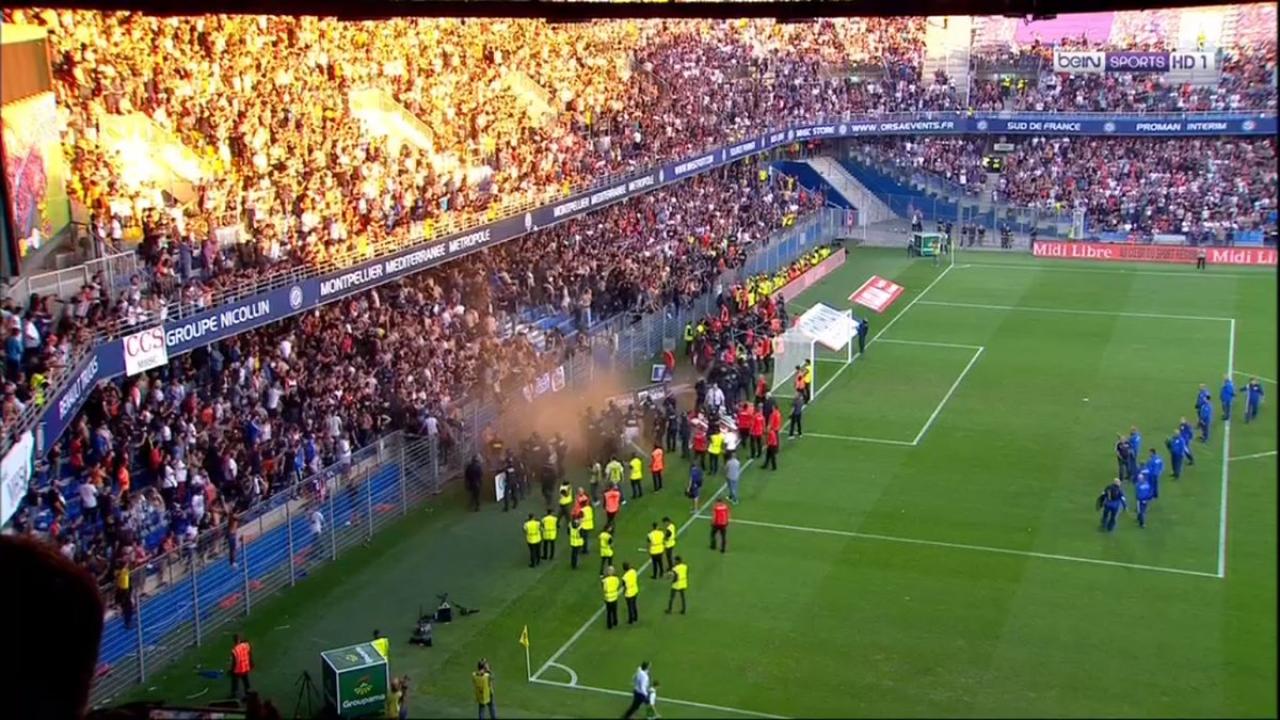 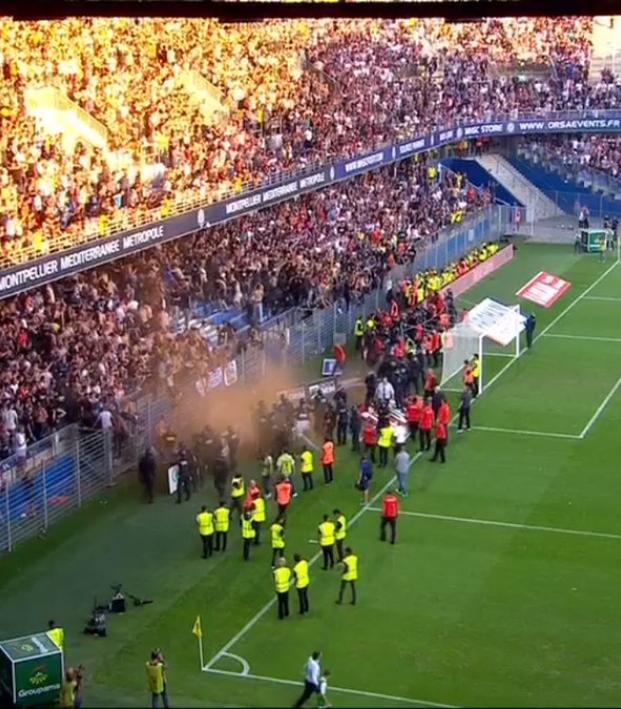 Connor Fleming September 30, 2018
Montpellier defeated Nimes 3-0 on Sunday, but the match was stopped for 30 minutes while riot police maintained order.

Montpellier defeated Nimes 3-0 on Sunday to go second in Ligue 1 (although PSG is already nine points clear after only eight matches), but the clash between the local rivals was marred by a series of incidents that brought the match to a standstill at Stade de la Mosson.

After Montpellier’s second goal in the 29th minute, the metal gate separating the home side supporters from the pitch collapsed during the celebrations, sending fans flying onto the pitch and resulting in a few light injuries. The match had to be stopped at this point.

A bit of a scare this afternoon during Montpellier vs Nîmes, as a gate broke & fans fell on top of each other. Game was paused but is now back underway, nobody seriously hurt. pic.twitter.com/bJa66BnWgf

However, after Montpellier made it 3-0 in the 80th minute, some supporters from that section attempted to make their way at Nimes fans. According to the AP, Nimes fans had previously stolen a banner from Montpellier’s ultras and could be seen unfurling it after the goal, resulting in this rush from the home fans.

The game had to be stopped for 30 minutes and the players were taken off the field.