Your Ultimate Guide To The 2019 MLS Cup Playoffs 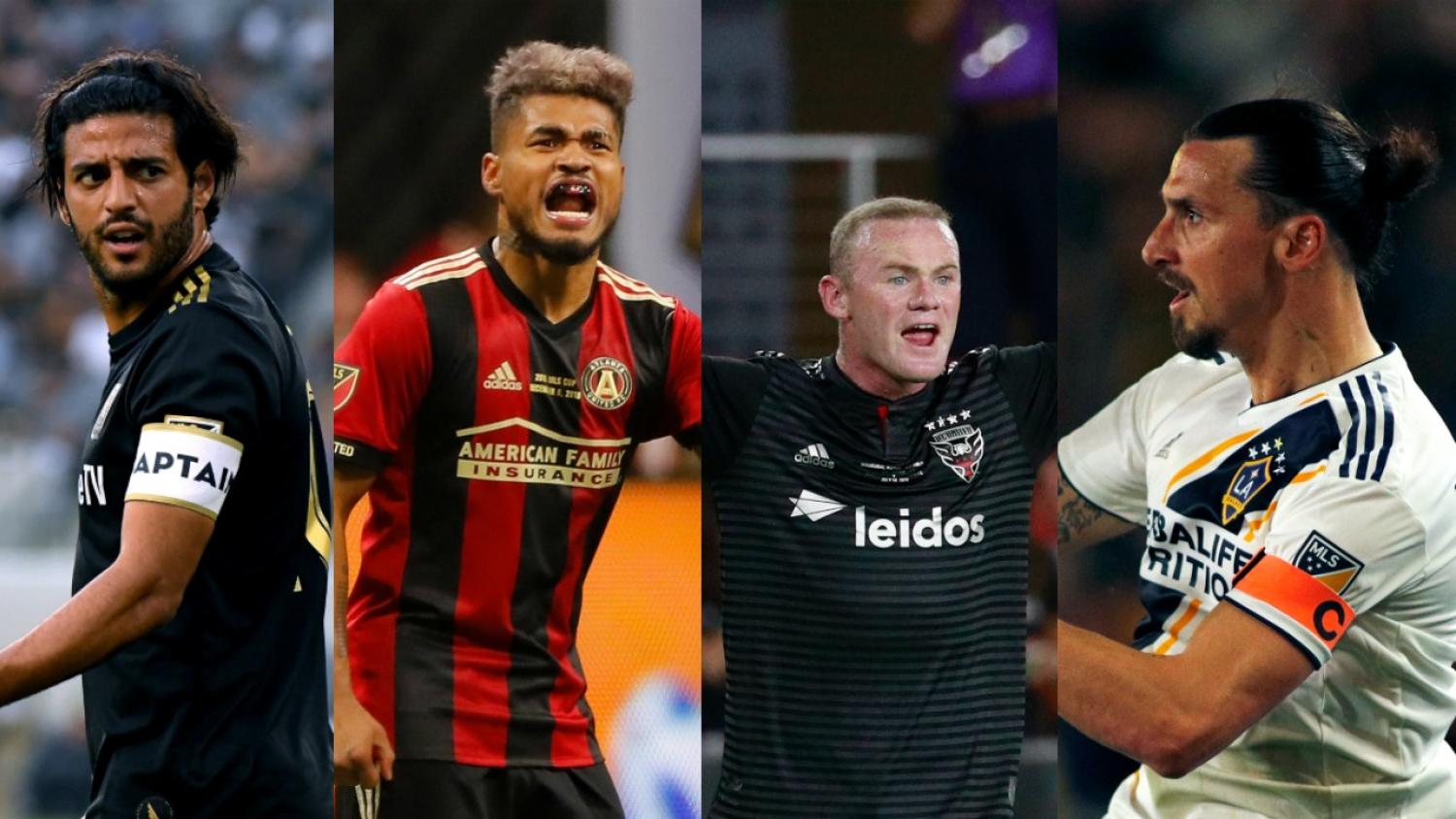 LAFC is the clear favorite, but there's no sleeping on NYCFC or Atlanta United.
Getty Images

With Decision Day behind us, it’s time for the 2019 MLS Cup Playoffs! Actually, we’ve got to make it through an international break, but then — it’s time for the 2019 MLS Cup Playoffs! It’s our first taste of the newfangled MLS playoff schedule, with the top seven teams from each conference battling it out in single-elimination matches. Play begins on Saturday, Oct. 19, and concludes with MLS Cup 2019 on Sunday, Nov. 10.

While Raúl Ruidíaz leads the team in scoring, Nicolás Lodeiro remains the creative fulcrum and Jordan Morris unsettles defenses with his pace, this is a Sounders team that loves a grind. LAFC finished first in the West with a goal difference of +48; Seattle finished second with a difference of +3.

12 of the club’s 16 wins were by one goal, and six of those victories were achieved by a scoreline of 1-0. Key to the grind — and allowing Lodeiro, Morris and Víctor Rodríguez to do their thing — is USMNT midfield engine Cristian Roldan. The 24-year-old also chipped in with six goals and three assists.

Dallas defeated Seattle at Toyota Stadium and earned a 0-0 draw at the Link back in September, so there’s reason for optimism despite the fact that Dallas won only three away matches all season. All good things go through Colombian playmaker Michael Barrios, who finished joint-third in MLS with 15 assists.

No. 3 Real Salt Lake vs. No. 6 Portland Timbers

There’s probably a more reasonable selection here, but with Nick Rimando set to retire after the playoffs, I’ve got to give it to the man who played 513 MLS regular season games throughout his legendary career. The 40-year-old is still going strong — he recorded five saves in RSL’s final match and posted his 10th shutout in 29 games.

The weight of goalscoring is now on the shoulders of Brian Fernandez and Jeremy Ebobisse, allowing Diego Valeri to thrive in a playmaker role. The 33-year-old Argentine registered a career-best 16 assists this season, and he’ll need an influential performance to breakdown an RSL side that’s been formidable at home. Valeri is also looking for a new contract, so now’s the time to secure the bag.

After lighting up MLS with 22 goals in 27 games during his first season in MLS, Zlatan — despite having just turned 38 — somehow managed to improve his statistics this year, reaching the 30-goal milestone in 29 appearances. Win and it’s the first-ever playoff version of El Tráfico, lose and maybe we've seen the last of Zlatan in MLS.

With 34 goals in 31 games, Carlos Vela captured the MLS Golden Boot and set a single-season goalscoring record. The man also provided 15 assists in what’ll certainly be an MVP season.

It might be a blessing for Toronto that Jozy Altidore now looks set to miss USMNT duty with a quad injury (although his status for the playoffs could also be in question), but it’s the 28-year-old Spaniard Alejandro Pozuelo who’s emerged as Toronto’s star player. In his last six games, Pozuelo has scored three goals and added three assists.

Wayne Rooney is United’s leading scorer with 11 goals, but Rooney hasn’t scored since July 18. In his last seven starts, Rooney’s recorded a solitary assist. The strength of D.C. is its defense, which is second-best in the league, but a moment of magic from Rooney is necessary if an upset is in the cards.

Any fears over the health of Josef Martínez were put to rest on Decision Day after the Venezuelan had a goal and two assists, taking his goalscoring total to 27 in 29 appearances this year. After scoring four goals in five playoff appearances last year, Martínez firmly established himself as the man for a big occasion.

With 10 goals and 14 assists, Carles Gil leads the Revs in both categories. The 26-year-old Spaniard is one of the league’s best attacking midfielders, and his presence has been complimented by the addition of Gustavo Bou, who has nine goals in his first 14 MLS games.

No. 3 Philadelphia Union vs. No. 6 New York Red Bulls

The heartbeat of this revitalized Philly club, Haris Medunjanin started all 34 regular season games while totaling a team-best 10 assists. It’ll be up to Kacper Przybylko and Marco Fabian to convert whatever he creates.

After finishing first in the East in 2013, 2015, 2016 and 2018, the Red Bulls enter the 2019 playoffs with very little expectations. If they can spring an upset on Philadelphia, it’ll be because of an impregnable defense that’s anchored by Aaron Long.

Maxi Moralez scored seven goals and led the league with 20 assists in 29 games. You can't stop him, you can only hope to contain him.