For The First Time Ever, MLS Could Politely Tell Liga MX To Sit Down, Shut Up

Connor Fleming March 9, 2018
For the first time ever, MLS could send three representatives to the Champions League semifinals.

Eighteen years. That’s how long it’s been since the L.A. Galaxy defeated Honduran side CD Olimpia 3-2 in the final of the CONCACAF Champions’ Cup, becoming only the second and, to date, final MLS side to win the region’s continental championship.

When D.C. United won the tournament in 1998 with the likes of Roy Lassiter, Jeff Agoos, Eddie Pope and Marco Etcheverry running circles around León and Toluca, there wasn’t the reward of a FIFA Club World Cup.

Two years later, the fine finishing of enterprising wing back Ezra Hendrickson and USMNT legend Cobi Jones qualified the Galaxy for the 2001 FIFA Club World Championship, but with the Galaxy slated to play Real Madrid at the Bernabeu in group play, the tournament was canceled after the collapse of FIFA’s marketing partner, International Sport and Leisure (the Swiss company that’s since featured heavily in investigations of fraud, embezzlement and document falsification).

Eighteen years have passed, the Champions’ Cup has been rebranded the Champions League and the 2018 Club World Cup will mark the 15th edition of the tournament, but MLS is yet to repeat the feat of that Galaxy side. 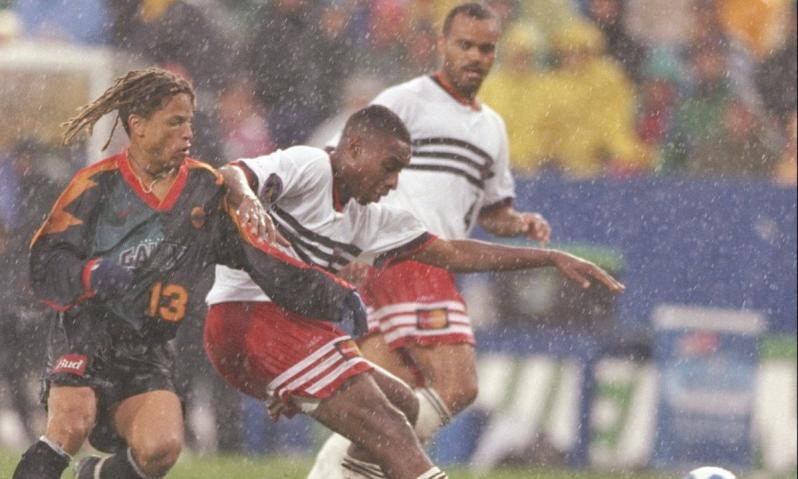 Both Cobi Jones and Eddie Pope have won the CCL. Photo: @friendlydb | Twitter

Even getting to the final has been a major challenge. During that passage of time, only twice has MLS been represented in the championship match: Real Salt Lake lost to Monterrey in 2011, and the Montreal Impact were defeated by Club America in 2015.

However, the gap between (and this is important) the very best clubs in MLS and their Liga MX opponents is narrowing. This season, we have three very good MLS sides in the quarterfinals of the competition. 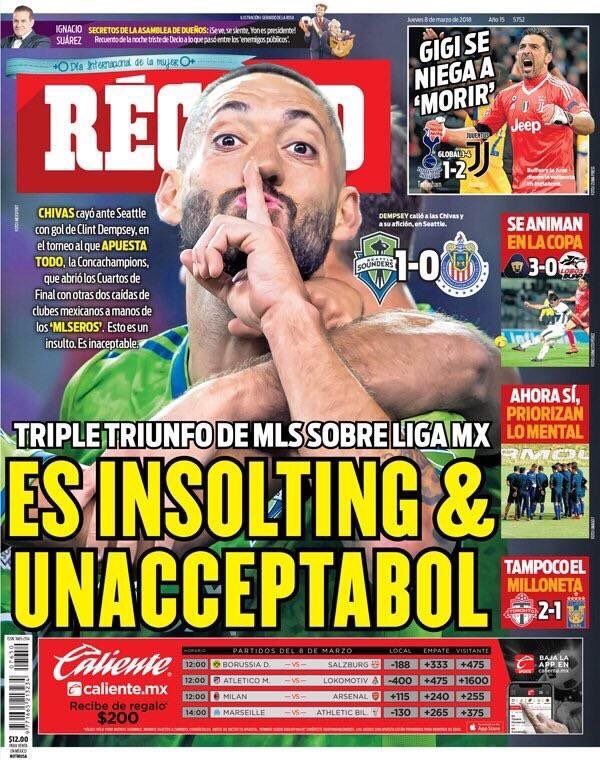 As the finalists in back-to-back MLS Cups, the qualities of Toronto FC and the Seattle Sounders need no explaining. Toronto is the one MLS side whose total wages ($22.5 million in 2017) are on par with the average Liga MX team.

The Canadian side is, by far and away, the best in MLS. They showed that in their 2-1 fist leg victory over Tigres on Wednesday. The biggest problem for TFC is that they’ve landed Mexico’s best team at the quarterfinal stage, and the second leg at the Estadio Universitario will be an entirely different test.

What an unbelievable finish by Jonathan Osorio to put Toronto FC up 2-1 pic.twitter.com/KDoH46OAoX

The Seattle Sounders are more modest in their total wage bill ($10.4 million in 2017), but, as they showed in their first leg victory over Chivas, they continue to just get shit done.

A slender 1-0 lead before a trip to Guadalajara would usually be seen as negligible, but this Chivas side is mired in its own crisis right now, sitting near the bottom of the Liga MX Clausura table.

Which finally brings us to the New York Red Bulls, a side whose modest total spend of $6.8 million in 2017 only magnifies the most impressive result from all the quarterfinal first legs, a 2-0 win over Xolos in Tijuana.

.@NewYorkRedBulls’s Luis ROBLES, made the @Allstate Save of the Game against @Xolos #SCCL2018 pic.twitter.com/3upi00ViX7

What happens from here makes for the most exciting CCL run-in of all time. You really wouldn’t back New York in the semis, but eliminating Xolos at Red Bull Arena would constitute a huge moment for the club.

Due to Guadalajara’s struggles, Seattle also have a special opportunity to make the semifinals.

Toronto faces the most difficult challenge, but, with all due respect to America, advancing past Tigres would catapult them to the status of tournament favorites heading into the semis.

In the Champions League era, MLS has had two representatives in the semifinals only twice (2012-13 and 2016-17). Never has the league sent three teams to the semis (Liga MX has managed that feat five times, including two all Liga MX semis).

If you want a prediction here, it’s TFC getting by Tigres and winning it all or it’s certainly Liga MX again. Stefan Frei might be able to 2016 MLS Cup the Sounders beyond Chivas, but the magic won’t last, and the NYRB would be CONCACAF’s version of Leicester City.