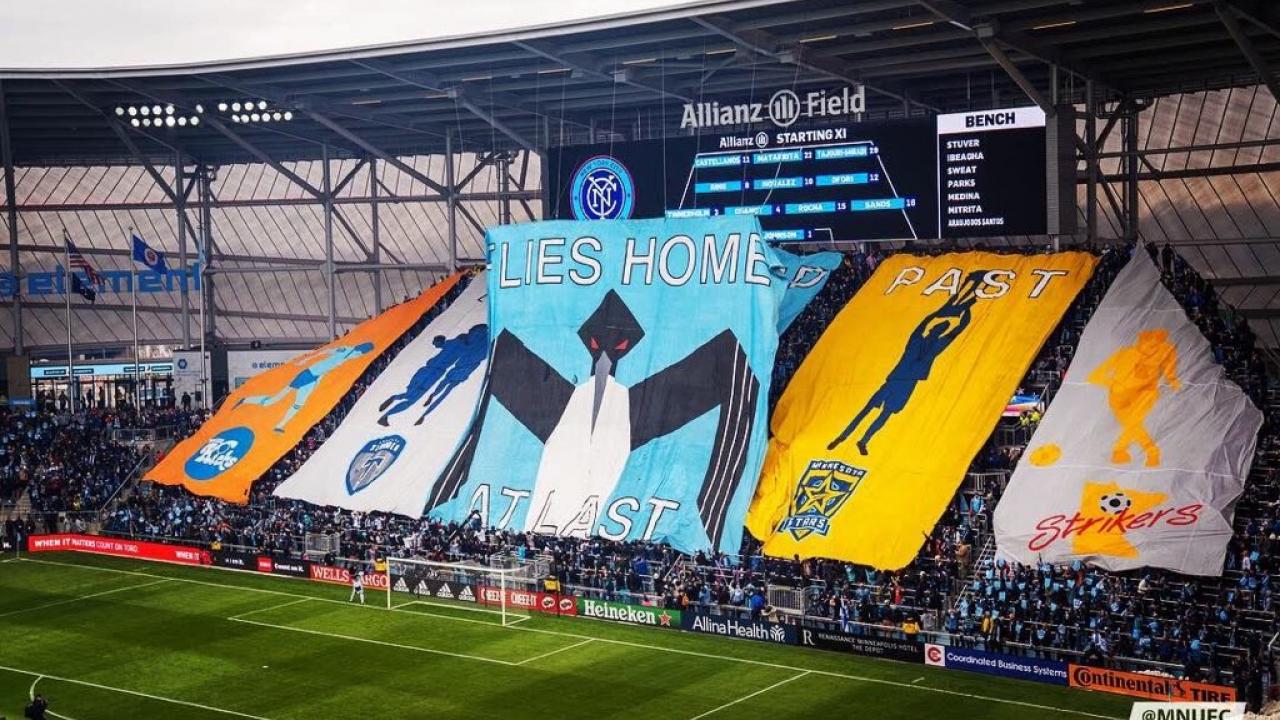 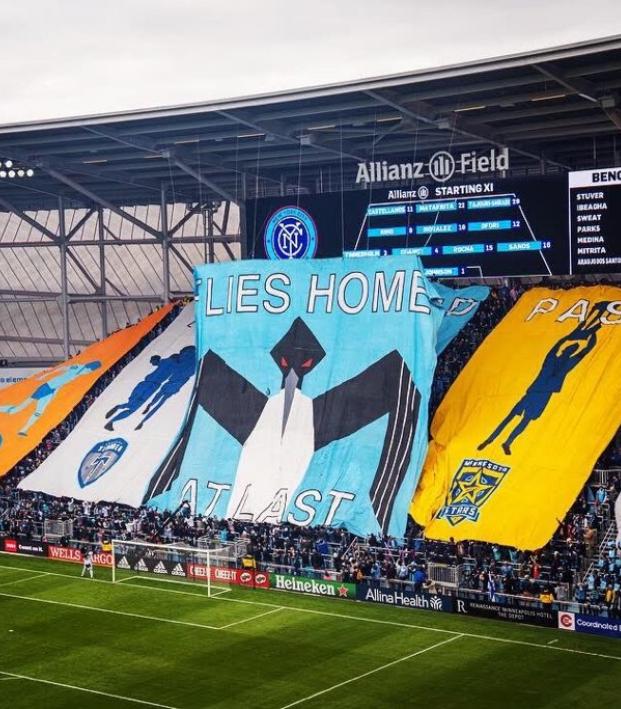 56 Days Later: How Supporters’ Groups Are Coping Without Soccer

Connor Fleming May 7, 2020
Their passion is the lifeblood of the club, but what does codependency look like when one partner goes missing?

Looking back, it doesn’t feel like willful ignorance so much as a conditioned belief in the unstoppable machinations of American life. The stories from Northern Italy painted a more dramatic and horrific picture than the morbid curiosity we’d afforded Wuhan, but even as the coronavirus infiltrated America and began to make its presence felt in New York City and Seattle, the existential threat to our day-to-day life, especially here in Middle America, remained non-existent.

After all, hadn’t Seattle hosted Columbus on March 7 while NYCFC welcomed Tigres at Red Bull Arena on March 11? At a time when “is this a serious thing or not?” was still a largely debatable topic with experts and elected officials offering conflicting takes, the continuation of established routine — including sport — was affirmation of our nation’s ongoing security.

And then, three days before Minnesota United’s scheduled home opener at Allianz Field, it all abruptly came to an end. On March 12, MLS announced a 30-day suspension (one that’ll ultimately reach 88 days if the best-case return scenario of June 8 is achieved), and two weeks later, Minnesota was under a statewide stay-at-home mandate.

For many, the absence of live sport has grown into a deep-seated apathy. When the best plan of action is to scream into the void of an incomprehensible and uncaring universe, what’s there to do but ride this thing out?

But what about those that’ve taken an active role in their fandom? For those who’ve fallen in love with the noise, the passion and the feeling of belonging that comes with a supporters’ group, what can this feasibly be apart from a soul-crushing experience?

“The thing you can’t recreate is the connection with other human beings and being able to share the experience with your friends,” says Dark Clouds supporters’ group vice president Nach Karnik. “Whether that’s sitting at a bar and watching it with them, shooting the shit, joking around, getting mad at the TV together or jumping into the stands and being able to sing and celebrate what’s happened — there’s that sense of anticipation that you get when you’re all in a group together asking the same questions. It’s hard to recreate that when you don’t have something you can follow that’s happening live. You can’t get together with your favorite people once or twice a week.”

“I had never actually liked soccer in my 29 years of life. I have asthma, so I envy people that can run a mile without dying,” says Meghan with a laugh. “But after my first march with True North Elite, I was hooked. Honestly it was just the environment, being around all these awesome human beings and people that were so fun and so passionate and so cool. It sucks you in, and once you’re in, you’re in.”

But for all the allegiance to the club and quasi-addiction to the matchday experience, one massive takeaway from talking with members of supporters’ groups is that they’re more keenly aware of the importance of ensuring the safety of match-going fans.

“Our first priority is going to be keeping people safe,” says Nach. “When we were faced with the choice of the last game we were going to play, that was the question: Are people going to be safe? We have to respect their choices. We don’t pay anybody. Our volunteers, people in the stands, nobody’s getting anything from us to participate. We’ve got to watch after their safety and health. I think it’s going to be a huge bummer that we can’t all go in there right away, but it’s the safer choice. If that’s the safer choice, then that’s what we want to do. We don’t want to endanger anybody’s life.”

For Meghan, the situation is even more complex having spent the last nine months battling breast cancer.

“I’ve gone through chemo, radiation and surgery,” she says. “I was at the tail-end of radiation when we got put on the lockdown, and I’m not technically high risk but I’m also definitely not just an average person having just gone through everything. My blood counts are great and I’ll probably be OK, but personally, I don’t want to be in hospitals anymore! I want to stay as far away from hospitals as I can!”

Having effectively spent almost a year in quarantine, Meghan admits that it’s difficult to stomach the actions of those protesting the stay-at-home orders and flaunting CDC community guidelines.

“It’s infuriating,” she says. “All of these protests… to put it lightly it’s infuriating. I could go on and on and on. I have relatives that have heart issues and lupus and RA. I know so many people who are at risk. I have fellow cancer fighters right now who are going through chemo. People are so freaking selfish. It’s the worst. It’s really hard being out in public.”

But rather than getting hung up on what’s beyond their control, both Meghan and Nach share a desire for making the most of the present while looking ahead with genuine optimism.

“I would say staying busy was a big one," says Meghan with regards to her own experience. "I probably went through every Michaels hobby type thing you can think of. I did bead stuff, I did sewing stuff, I even got a wood burning kit at one point. I did it all. Coloring, painting, water coloring. And days that I didn’t feel like getting up, getting into a Netflix show and just diving in, ... just watch Netflix all day. If that’s what feels good, that’s what feels good.

“I think another big thing for me was staying away from social media. Even now I can only be on social media for 10-15 minutes at a time. I’ll see something that I get triggered on or I read the comments, which is like, number one, don’t read the comments. You get deep into these arguments with people and then it’s like, 'That just ruined my whole day. Now I feel like crap.’"

Given his role as vice president of the Dark Clouds, Nach has had to get inventive with things like classic match broadcasts on Twitch, the creation of a Rocket League with other supporters' groups, happy hours on Zoom and the rallying of people behind the group's main sponsors.

“Most of our partners, looking at our list, are bars, restaurants and breweries," says Nach. "Those are some of the groups that are the hardest hit by this whole situation. We were really concerned about how they were gonna be able to do, and we wanted make sure that our members knew if they were open and doing take-out or curbside.

"Pretty early on we figured out what each organization or partner was doing and put it out on our social media. We continue to try and mention them on our streams and speak out when there are new developments. We also like to support businesses within the Midway (neighborhood) because that’s where our stadium is. That’s a community that’s been adopted as our home."

While Minnesota United recently donated $75,000 to a Midway neighborhood fund to support residents, local businesses and organizations around Allianz Field, the Dark Clouds just launched a preorder for masks with every purchase being matched with a donation to Minnesota Community Care.

Meanwhile the Keepers of the North, the charitable arm of True North Elite, are calling attention to community partners that are especially vulnerable during this time, including the Hallie Q. Brown Community Center food shelf and My Very Own Bed.

And with MLS recently allowing teams to use outdoor training fields for individual workouts, the reality of the league resuming play — albeit without fans — is now something both supporters’ groups have to ponder.

“It’s going to be tough for us, at that point, to decide how we’re going to recreate what we have,” says Nach. “How do you support the team when they can’t hear you? What are some of the things that we can do? Does it mean encouraging people to tweet at the players and team? Does it mean recording some videos? How do you have fun together? I don’t know what that looks like but we’re thinking about it."

For Meghan, it's crushing to know that matches will be played behind closed doors and that she can't sit side-by-side with TNE friends that supported her through the cancer battle, but the draw of marching to Allianz Field and taking her place in the Wonderwall remains as strong as ever.

“Like I said, I don’t want to be in hospitals anymore, so working from home — totally fine. It’s doable. It’s easy. I’m a graphic designer professionally so I do all my stuff online anyway. But when it comes to soccer,” she pauses and laughs, “that’s like ‘Oooh, I would risk it! I would totally do it!’ But seriously, everyone needs to stay the heck at home!"