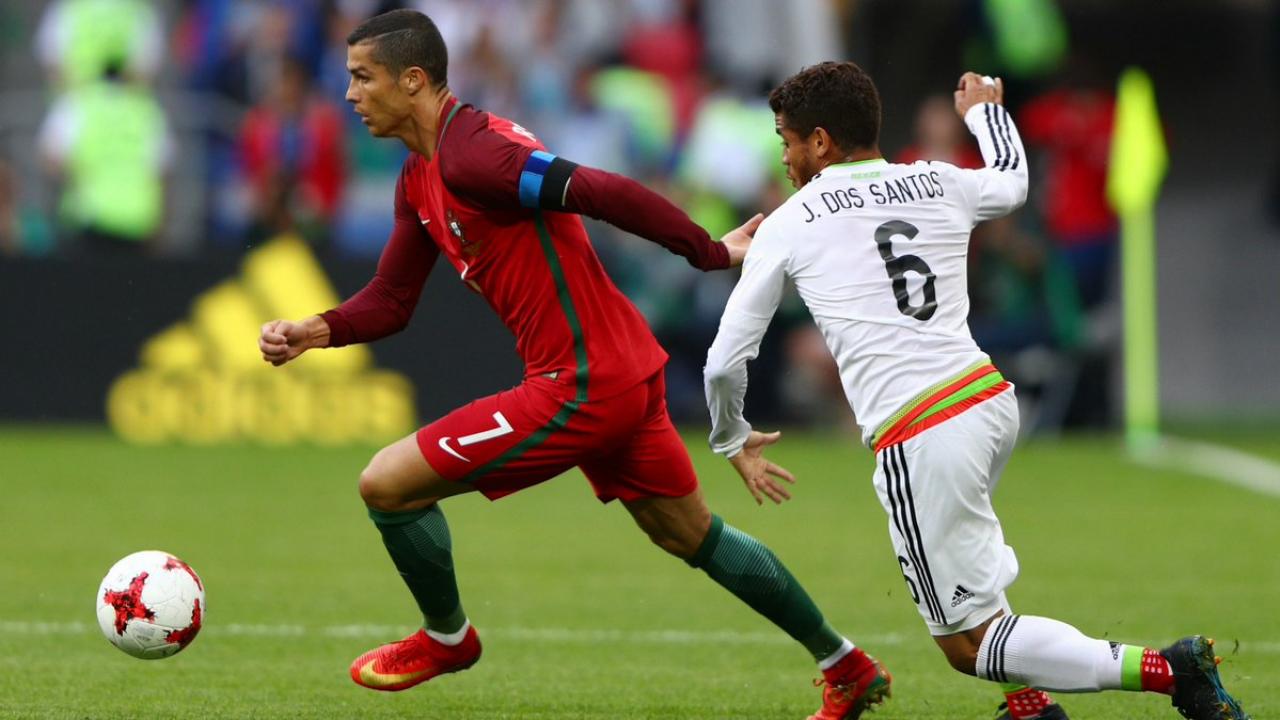 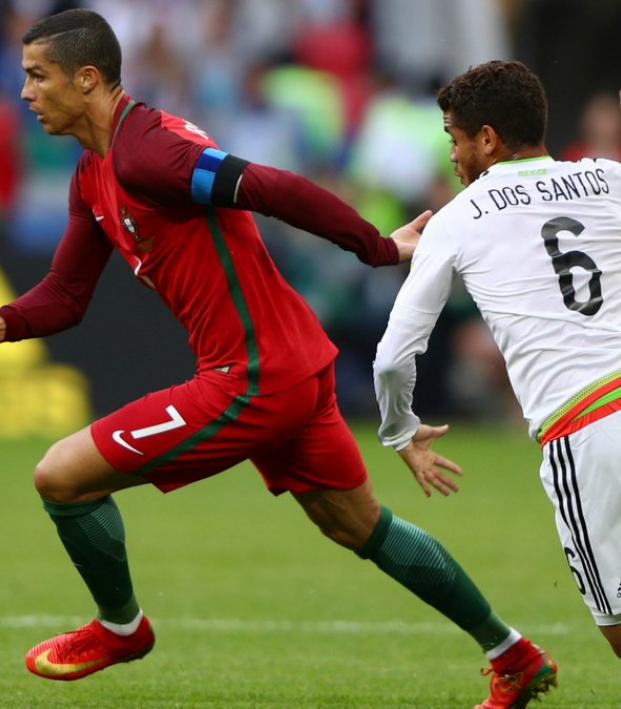 Connor Fleming June 18, 2017
Hector Moreno scored in the 91st minute to salvage a point for Mexico against Portugal at the Confederations Cup.

Portugal will lament giving up a 91st minute equalizer to Mexico in their opening Confederations Cup match, but it’s a result that doesn’t greatly harm the aspirations of the two sides favored to advance from Group A. Ricardo Quaresma gave Portugal the lead in the 34th minute, only for Javier “Chicharito” Hernandez to equalize three minutes before halftime for Mexico.

Cedric Soares looked to have given the European champions the three points with a goal in the 86th, but newly-signed AS Roma defender Hector Moreno scored off a corner to rescue a point for the CONCACAF representatives.

El Tri controlled possession without really challenging a resolute Portuguese defense anchored by Pepe and Jose Fonte in the back and with William Carvalho providing the midfield cover.

The Europeans appeared to have grabbed the opener only for the decision to be reversed by the Video Assistant Referee. It was, of course, the right decision, but it also necessitated going back a few phases in the buildup to find the initial infringement for offside. This will certainly be a discussion point as we move towards the 2018 finals, but it was still incredibly nice to see technology providing the appropriate justice.

The first VAR decision of the #ConfedCup denies Portugal the first goal of the match. @Powerade #PORMEX https://t.co/YCP2sb6zZy

Portugal did, however, manage to find the breakthrough shortly after. Cristiano Ronaldo ran at the Mexican defense before finding Quaresma for an easy finish.

Great vision by Ronaldo and a cheeky finish by Quaresma!

Just before halftime, Mexico leveled through Chicharito. A defensive error allowed Carlos Vela to get on the ball, and his hooked cross was headed in.

Chicharito with the response for El Tri! His 4th career #ConfedCup goal ties it up. @Powerade #PORMEX https://t.co/BDlFrkj4tV

In the second half, Cedric appeared to have secured all three points for Portugal after finally finding a way past an inspired Guillermo Ochoa, but Moreno, who scored seven goals for PSV in the Eredivisie this season as a center half, rose highest on a corner to snatch a dramatic equalizer.

Group A matches continue on Wednesday. First, Portugal will take on group leaders Russia in Moscow. Then, Mexico will be heavy favorites against New Zealand, the side they defeated 9-3 on aggregate to reach the 2014 World Cup, in Sochi.