Connor Fleming January 13, 2016
This fan-owned club in Spain has won La Liga 8 times and the Copa del Rey 23 times, second only to Barcelona. See how it is upsetting the norms of modern football.

Located on the Basque threshold, the range between the Cantabrian and Pyrenees mountains, is the historical port city of Bilbao and its corresponding club, Athletic Bilbao. An evolving service city that has experienced a massive boost in tourism thanks to the opening of the Bilbao Guggenheim Museum – a stunning museum of modern and contemporary art designed by Frank Gehry – Bilbao is a fascinating crossroads of deep-rooted history and progressive renewal. 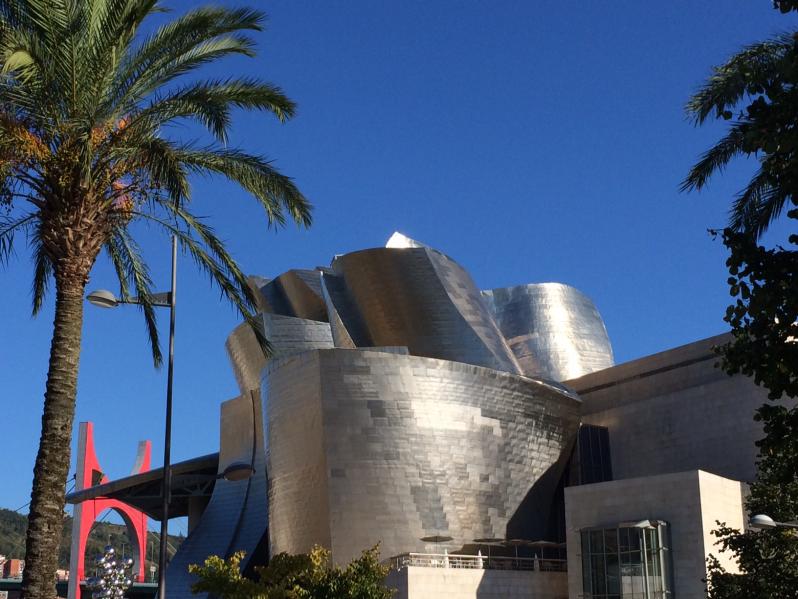 Arrival in the city of Bilbao by bus will bring you to the Estación de Autobuses de Bilbao. Stepping off the bus into one of the most populous and historic metropolitan areas in all of Spain, one would expect confusing bedlam.

However, this is not the case in Bilbao. Located just a few blocks to the north of where the bus drops you, an urban cathedral in the form of a stadium rises next to the estuary of Bilbao, the common mouth of the rivers upon which Bilbao was born over 700 years ago. Orientate yourself according to this building and you’ll already be living like a bilbotarra. Residents of Bilbao proudly identify with the history and symbolism offered by this unique locale.

The cathedral’s facade is a unified repetition of twisted polymers, an energetically rising bullring covered in immaculately white pennants. Come nightfall, these white sheets will become illuminated by one of the most advanced dynamic lighting systems in the world, the colors and mania of Bilbao dominating the Basurtu district and beyond. 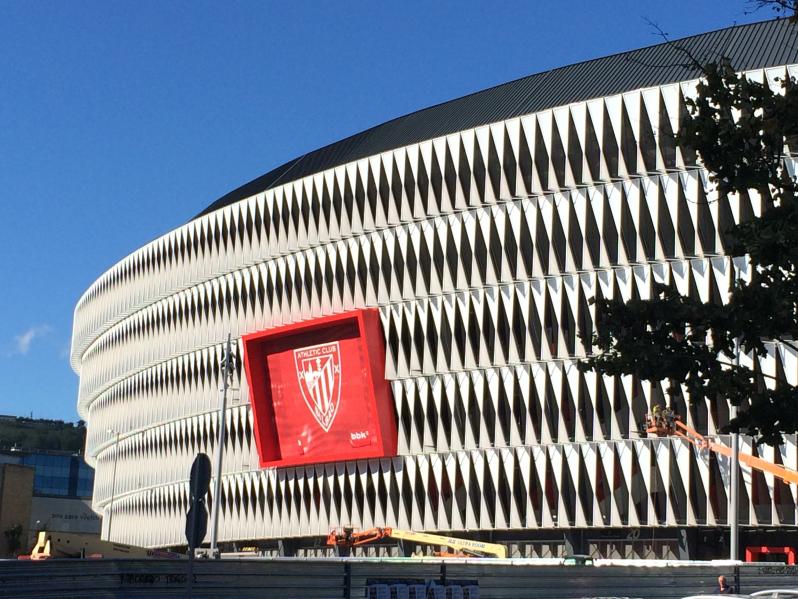 The new San Mamés Stadium (completed in 2013) replaced the oldest-built stadium in Spain, the old San Mamés which dated back to 1913. Paying homage to the old while ensuring their supporters were treated to all the amenities of modernity, the stadium is built like a giant cauldron – ensuring boisterous noise and fantastic views.

50,000 worshippers pile into the San Mamés Stadium, nicknamed La Catedral (The Cathedral) due to the stadiums location near a church called San Mamés (Saint Mammes), every single match day. The relationship between the people of Bilbao, the province of Biscay and the larger autonomous community of the Basque Country to Athletic Club is genuinely unique in a world of sporting conglomerates, mercenary players and an ever expanding gulf in the relationship between clubs and their supporters.

The relationship between the people of Bilbao and Athletic begins with the players they see wearing the shirt. Athletic Club Bilbao employs a Cantera policy with regards to player recruitment. Cantera literally translates to “quarry” in English: a place from which precious stones and minerals are excavated from the ground.

Bilbao’s policy, their philosophy, revolves around unearthing and procuring the best players in the greater Basque and Navarre communities. The club is a symbol of the Basque people. The quote often tied to this dogma, although the rules have certainly relaxed over the years, is "Con cantera y afición, no hace falta importación", which translates to "With home-grown teams and supporters, there is no need for imports".

Essentially, in order to play for Athletic Bilbao, you must meet one of three conditions:

#1: You were born in the greater Basque region (comprised of four communities in Spain and three in France)

#2: Have Basque or Navarrese in your bloodline (i.e. your grandparents could’ve been born in the Basque Country)

#3: You were schooled in the youth systems of any team in the Basque Country 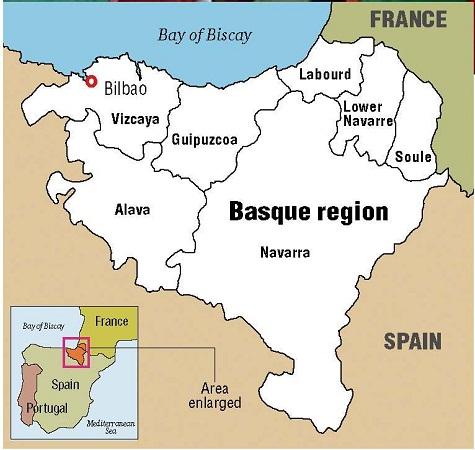 This policy is overwhelmingly adopted by its supporters, 75% of whom would rather see the club relegated than abandon the policy. Supporters of Bilbao view the club as representative of all that they hold dear with regards to their upbringing, culture and makeup.

The Basque country is extremely unique both linguistically and genetically. They are the only people in Western Europe that have a non-Indo-European language and their lineage is a remnant of the early inhabitants of Western Europe, predating the arrival of agriculture in the Iberian Peninsula.

For the people of the Basque Country, this correlates into an idea of specific thoughts, emotions and desires that are unique to the people of the area. In terms of football, it’s believed that this familiarity breeds identity, passion for the shirt and a style of play that’s inherent within each player’s nature.

Bilbao stresses that this policy is not about race or xenophobia. For example, Inaki Williams became the first black player to score for Bilbao on February 19th, 2015. Williams was born in Bilbao to a Ghanaian father and a Liberian mother. Directors and leaders of Bilbao are adamant that they are not striving against globalization.

The main focus of this policy is promoting players through the academy. 80% of Bilbao’s current first team players came through the academy, the Lezama Facilities. Instead of splashing huge sums of money on foreign talent, the clubs invests it in the future of Lezama. Located 10km east of Bilbao and opened in 1971, the Lezama is the complex where all the categories of Athletic train, the Bilbao version of La Masia in Barcelona.

The synergy created between supporters and players creates an intimidating atmosphere within San Mames and the results simply cannot be overlooked. It’d be one thing if the policy led to constant relegation battles but Bilbao seems to do everything the right way. 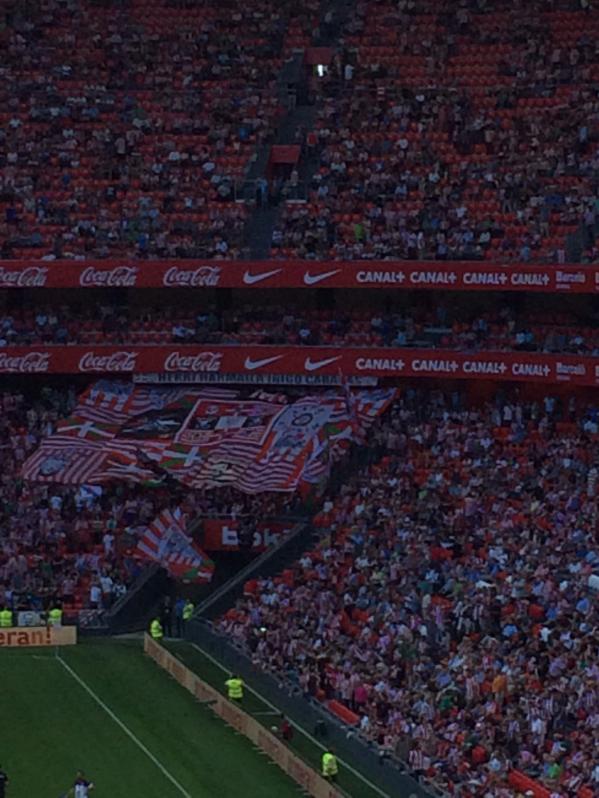 Founded in 1898, Athletic is one of three founding members of the Primera Division to have never been relegated from the top division, the other two clubs being Real Madrid and Barcelona. Bilbao is also owned and operated by its club members, not a sports corporation.

Los Leones have won the league eight times and the Copa del Rey 23 times, more than Real Madrid and second only to Barcelona.

As isolated and fiercely autonomous as the people of the Basque country are, their methodology has also been extremely beneficial to the Spanish national team. Athletic Bilbao have provided more players to the national team than any other Spanish club, except for Real Madrid.

With a roster boasting the talents of Aritz Aduriz, Raul Garcia, Ibai Gomez and Iker Muniain, it's difficult to disagree with the ethos of Bilbao. They currently sit in eighth place in La Liga and have advanced to the Round of 32 in the Europa League, Marseille being their next opponents.

To illustrate the romance and importance of the club to the Basque Country, there's no greater example than Joseba Etxeberria. Capped 53 times by Spain, the winger had appeared in 496 games for Athletic Bilbao prior to the 2009/10 season. On the verge of retirment, Etxeberria offered to play for free after his contract expired in June of 2009.

He went on to appear 18 times during his final professional season, for free, eclipsing 500 games and finishing with the third-most appearances in the history of the club.

That's romance. That's how you know Athletic Bilbao is certainly more than a club.