Bundesliga Goal Of The Season? 19-Year-Old Pulls Off Outrageous Zidane Turn And Chip 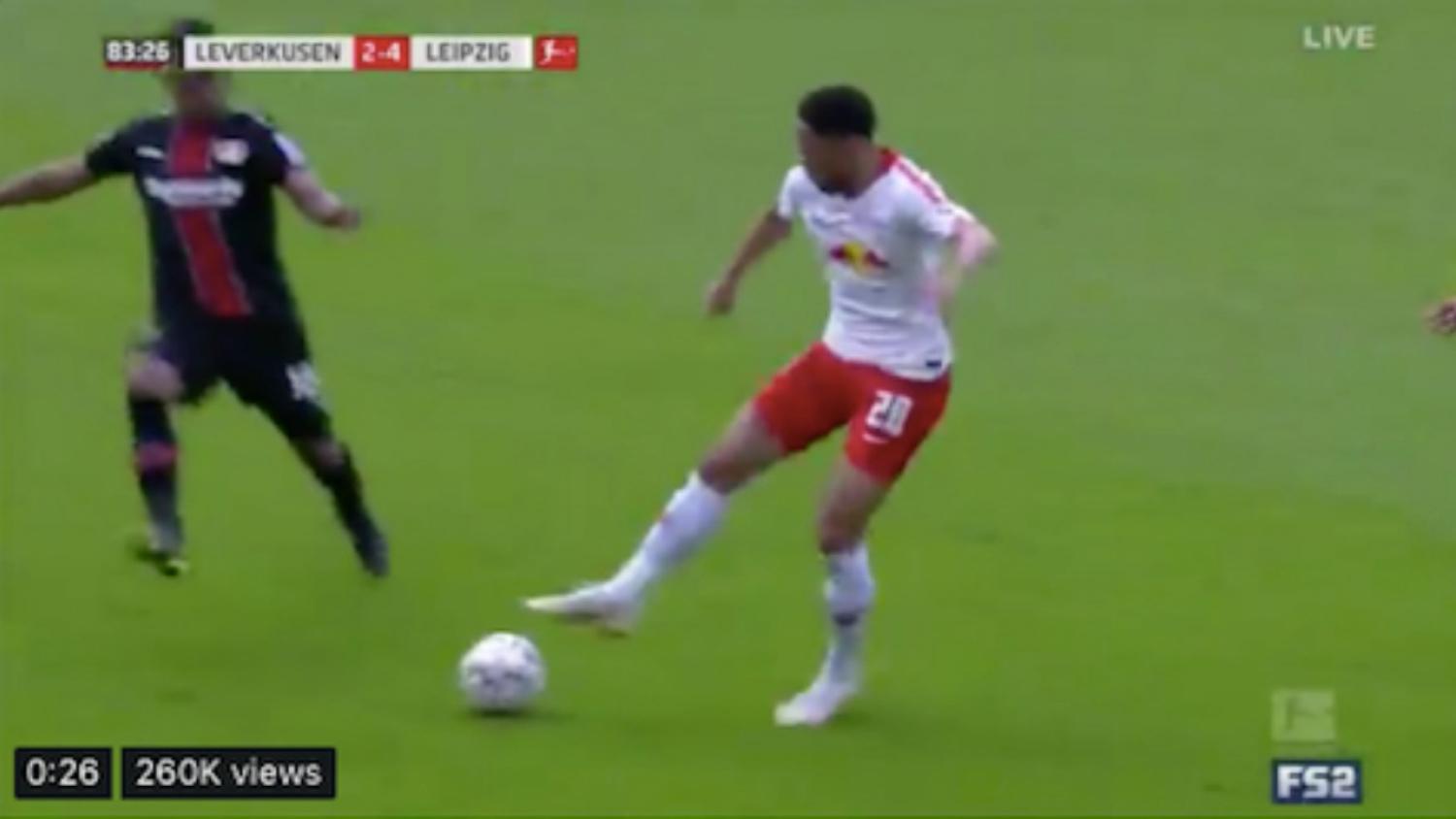 Matheus Cunha just introduced himself to the world with this sensational solo goal.
@FOXSoccer | Twitter

The 19-year-old Brazilian arrived at RB Leipzig from FC Sion last June for $17.1 million, but he’s been brought along slowly in the Bundesliga with 15 of his 21 appearances coming from off the bench.

However, on Saturday, Cunha scored his second league goal of the season, and my word. The Brazil U-20 forward pulled off a ridiculous Zidane turn to eliminate two Bayer Leverkusen defenders before seamlessly transitioning into a delicate chip over Lukáš Hrádecký.

Cunha, being a preposterously talented Brazilian, described the goal as such: “I thought that I’d just take the ball and try to score.”

For all you young viewers out there, that’s the advice I bestow on you.

After trailing 2-1 at halftime, this goal was the third of the second half for Leipzig, amounting to a great turnaround and an emphatic 4-2 victory at BayArena.

The three points puts Leipzig in a strong position to qualify for next season’s Champions League group stage. The club sits third, eight points above Gladbach in fifth, with six matches remaining.