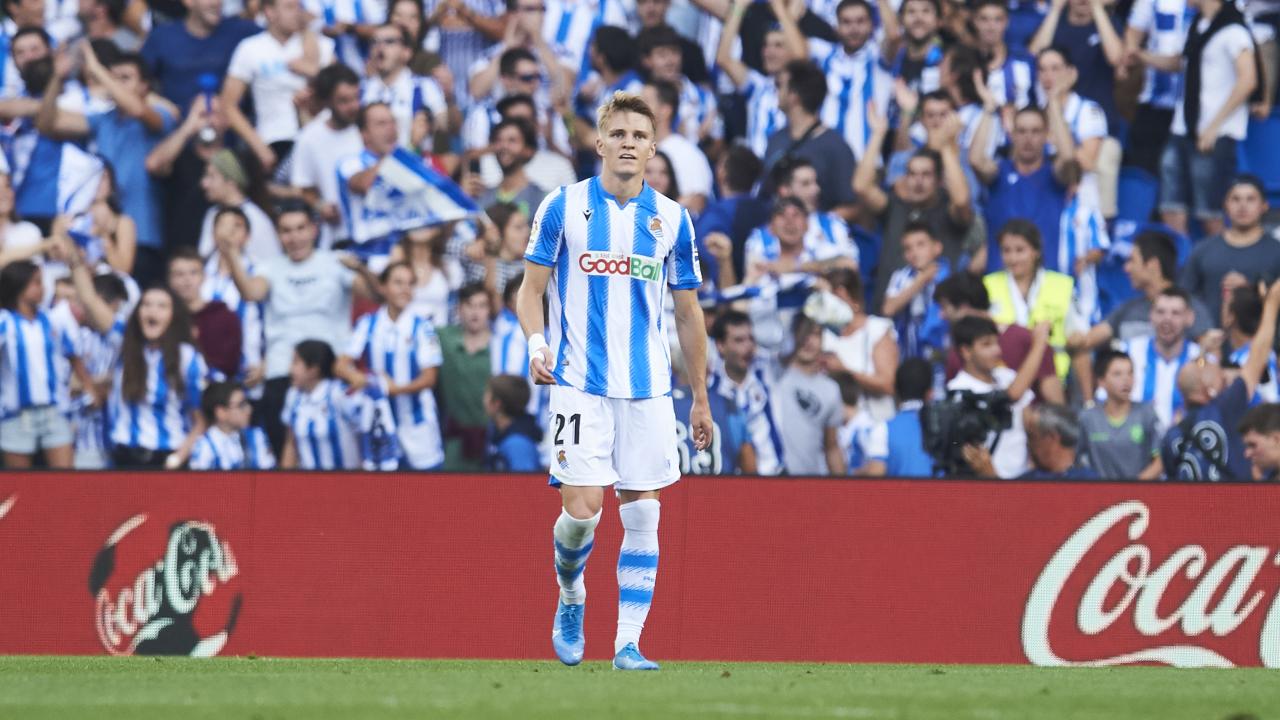 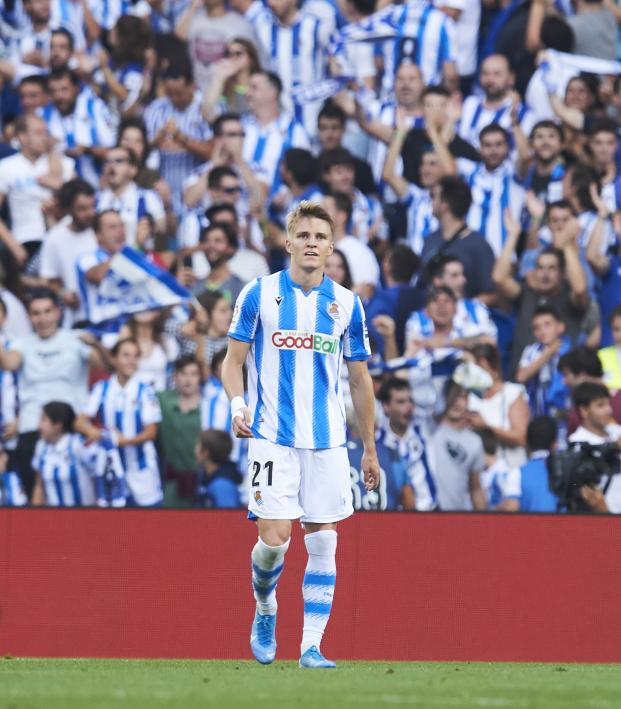 Another Weekend, Another Martin Ødegaard Masterclass

Connor Fleming December 22, 2019
Ødegaard had a goal and an assist in Sociedad's wild 4-3 win on Sunday.

If he continues like this, Martin Ødegaard will be playing for Real Madrid next season. It’s been nearly five years since he made his first and only LaLiga appearance for Los Blancos at the age of 16 years and 157 days, but now aged 21, Ødegaard is finally shining in Spain’s top division while on loan at high-flying Real Sociedad.

After 18 matches, the club sits in fifth-place — just one point back of Atlético Madrid and a Champions League spot. Much of that success is down to the incredible form of Ødegaard, who starred today with a beautiful assist and an incredible free kick in Sociedad’s wild 4-3 victory over Osasuna.

In 16 appearances, the 21-year-old has recorded four goals and five assists. When it comes to creating chances, Ødegaard averages 2.8 key passes per game — that’s tops in LaLiga (Lionel Messi averages 2.4). Statistically speaking, he’s also Spain’s sixth-best dribbler with 2.6 successful dribbles per game (Messi is the leader with an alien average of 5.5).

Do yourself a favor and watch the highlights from today’s game. You’ll see Ødegaard right off the bat with the assist on the match’s opening goal. The kid’s got technique, movement and vision like Frenkie de Jong.

Special mention for the game’s final goal, scored by Osasuna’s Ezequiel Ávila. The Argentine latches onto a nice ball from Roberto Torres, performs a looping sombrero to create a bit of space and then guides home a header from 12 yards out. He thinks he’s playing FIFA Street out there.

The Norwegian will spend the season with Sociedad. Real Madrid will then decide whether to recall him for the 2020-21 campaign or again loan him back to Sociedad. Ødegaard has made no secret of his ultimate desire to represent Los Blancos again.

“My objective is still to play for Real Madrid,” he said in September. “That’s why I signed for them, I want to play there one day. I think I’ve improved in the past two years. I think I’m a better player and more mature, and stronger.”

Sociedad returns to action on Sunday, Jan. 5, with a home match against 10th-place Villarreal.