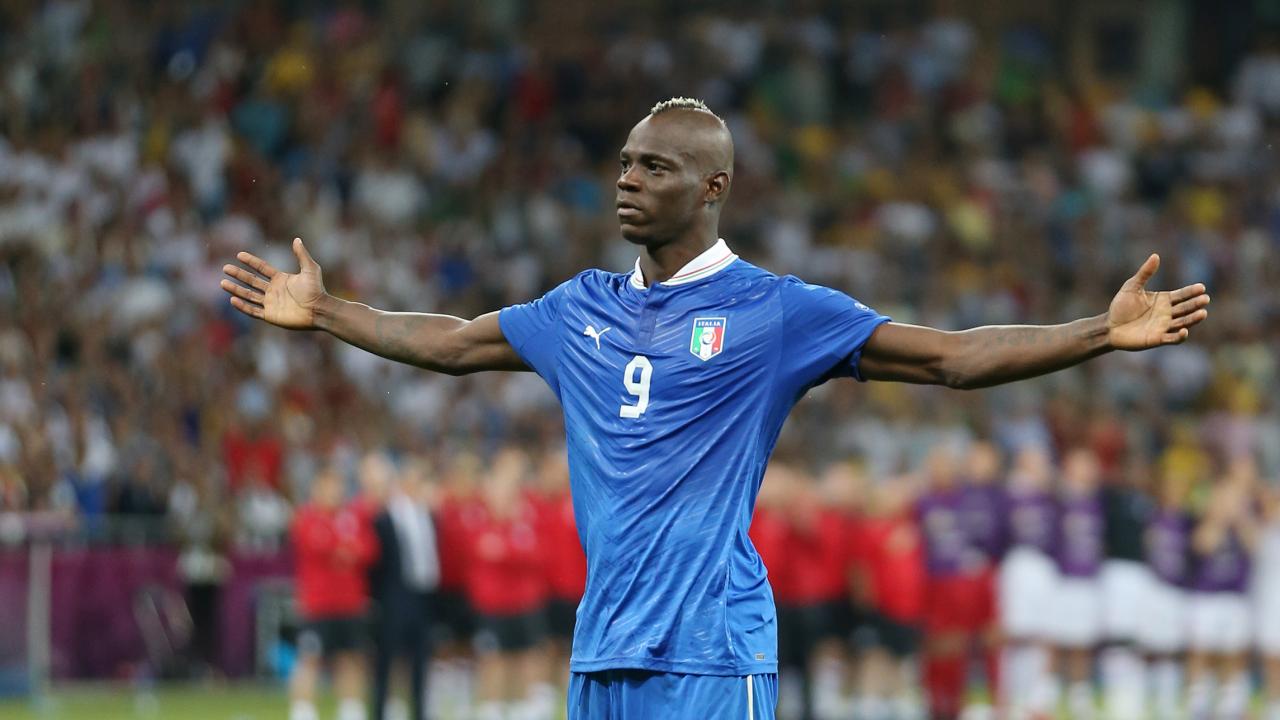 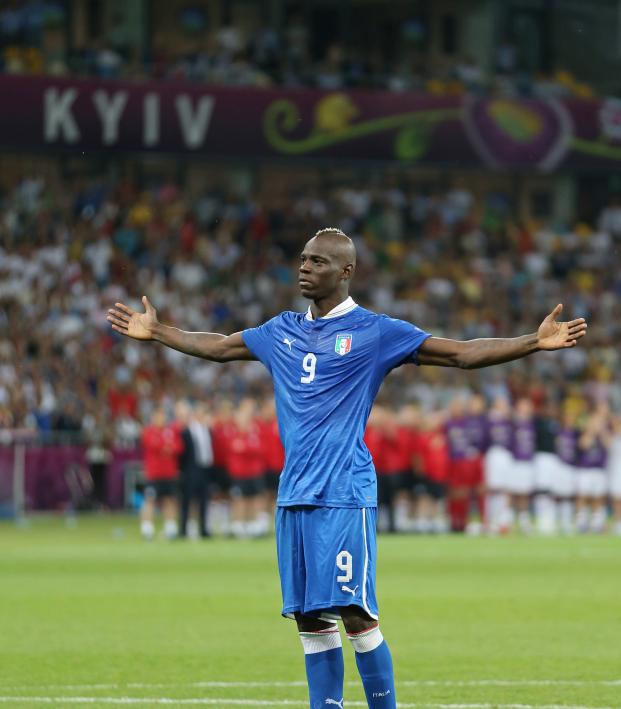 Mario’s Back: Balotelli’s Return To The Italian National Side Reopens Old Wounds

Huw Thomas June 4, 2018
The bond between Roberto Mancini and Mario Balotelli could be the key to reinvigorating the Italian national team.

Roberto Mancini unveiled his first squad as the new coach of the Italian national side and the biggest indication that this was a new era was the inclusion of Mario Balotelli.

While other teams are preparing for the World Cup, the inclusion of Balotelli signals a major sea change in squad selection, bringing back into the fold a gifted, oft-maligned striker.

It was the Italian’s first call-up since 2014 and, in the game against Saudi Arabia, he scored a goal which led his side to a 2-1 win and the first victory of the Mancini reign. But could it be an indication of a future, fruitful partnership between footballer and coach?

Mancini and Balotelli, of course, have a long and storied history. The Italian legend helped develop the striker at both Inter Milan and Manchester City and, in every subsequent job, has been linked to a reunion.

Their relationship has been likened to that between a father and son. There have been incredible highs: Balotelli providing the assist for the Agueroooooooooooooo goal. And hilarious lows: Mancini subbing his player during a friendly match for attempting a ridiculous back-heel goal instead of focusing on preparing for the season.

While their relationship may be combustible, they have achieved great things together. As such, as soon as Mancini was hired, many people began to consider whether his protégé might receive a recall.

It’s not as though other Italian strikers have played better. There’s Andrea Belotti, who has had a distinctively average season. Simone Zaza, who’s defining moment in international football is that penalty. There’s Ciro Immobile, who’s cursed to only ever perform well in Serie A. There’s Patrick Cutrone, who is still too young to rely upon. And there’s simply laughable options such as Éder.

At his best, Mario Balotelli is better than all of them. What’s more, he’s delivered for Italy in major tournaments before. His partnership with Antonio Cassano at Euro 2012 was the most entertaining part of any Italian team in the last decade.

But Balotelli has been out of favor in recent years. He hasn’t received a call up since the 2014 World Cup. Now, four years later, Italy hasn’t qualified for Russia and is at its lowest point in possibly half a century.

Partly this has been down to poor performances but, when it comes to Balotelli, there are often other factors at play. The Italian striker has been at Nice for the past two years and, by all accounts, has been excellent.

But these performances have not been enough to bring him into contention for the national side. Though he admits he was out of shape during Antonio Conte’s reign, the striker recently discussed his absence during the Gian Piero Ventura years, saying: “I have an idea (why I was not selected), but I keep it to myself.”

There is a clear suggestion that Balotelli’s race plays a big part in his diminished role in the national side. It’s not just the player’s own speculations. There are clear signs from the crowds that a certain section of the public does not see him as deserving of wearing the shirt.

For instance, when he was playing in Italy, chants would spring up from the ultras: “There are no black Italians.” Bananas were thrown on to the pitch; monkey noises were chanted whenever Balotelli (or other black players) would touch the ball.

There is not space in this article to delve into (even the most recent) history of racism in Italian football. But even as recently as a week ago, fans unfurled a banner at a game reading: “My captain is of Italian blood.”

The clear indication is that Balotelli is not truly Italian. He does not have Italian blood. He will never, truly, be the captain of the national team. It was a clearly racist message, delivered to a member of the fans’ own team.

In response, Balotelli shared a picture of the banner on Instagram, telling the banner-makers that “We are in 2018, guys. Wake up!”

The incident was a blemish on an otherwise good performance, which saw the striker score a goal. He was mooted as a possible captain ahead of Italy’s game against the Netherlands on Monday. In the end, however, he didn’t even make the pitch. But that doesn’t stop him from potentially receiving the armband in the future.

Though he has said being made captain would not make too much difference to him on a personal level, Balotelli has admitted that the move “would be a signal to the country.”

Just as Matteo Salvini and his followers have poisoned the national discourse around Italian politics, the recalling of Balotelli to the national team has revealed a deep loathing for non-white players, which bubbles beneath the surface at all times in certain sections of the crowd.

In that respect, the handing of the captain’s armband to Balotelli could be construed as a “healing moment” in the Italian game. It would be a very Mancini-esque riposte to spite his own supporters by handing the captaincy to a player they consider un-Italian.

Though it is unfair and problematic to thrust on Mario Balotelli the responsibility of healing racial divides in Italy or to weaponize his race in a fight against idiotic ultras, he does recognize the symbolic significance of such a move: “For the others, the African immigrants and their kids, it would be a strong signal.”

What’s more, Balotelli is deservedly a leader among the young crop of players in the Italian side. He’s won practically every trophy at club level and has played with the world’s best players. He’s a key figure in the Nice dressing room and has spoken well on his role at the club and regarding his recent call up.

Unfairly targeted and threatened by years of racial abuse, the recall of Mario Balotelli to the national squad could be the finest indication yet that the side is stepping out of the dark cave of the Ventura years and into the blistering, bright sun of the Mancini era.

Now, all they have to do is actually start winning games that matter.