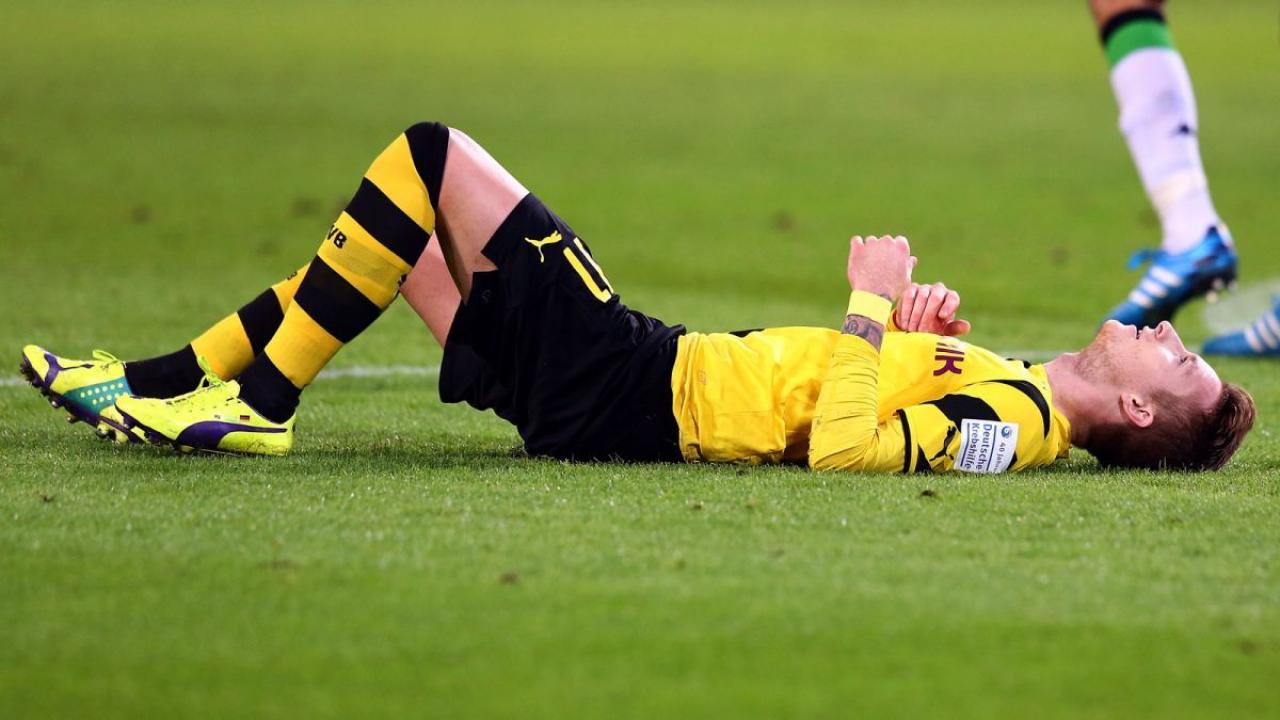 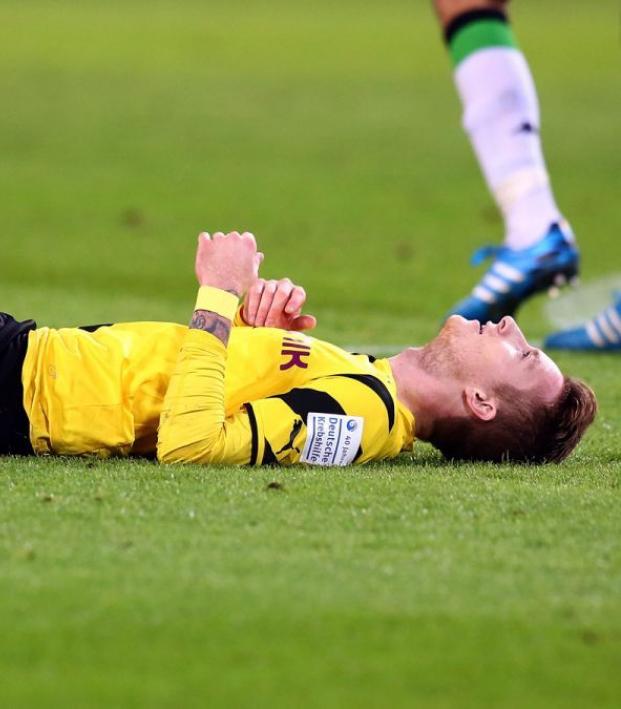 There’s still no timetable on Borussia Dortmund attacker Marco Reus’s return to action following a ruptured cruciate ligament in last season’s DFB Pokal final, but the German international has revealed the depths of his desperation following the latest injury setback in a seemingly cursed career.

Reus told GQ that he “would give all [his] money away” to be free of injuries and return to fitness. Reus also revealed that he cried during the halftime break before ultimately celebrating his side’s triumph. 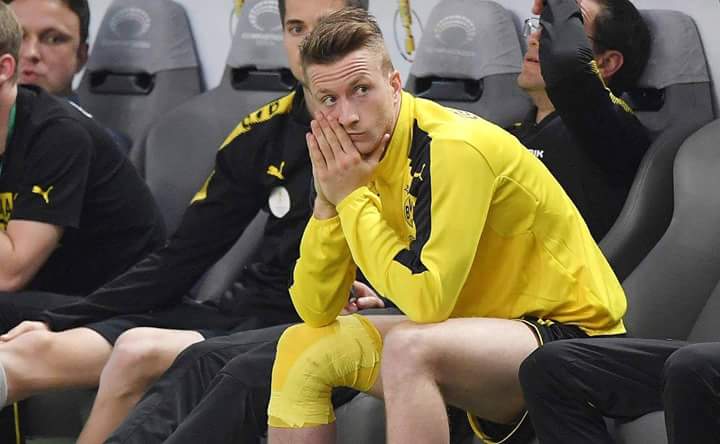 Marco Reus on the bench after suffering a knee injury in the DFB Pokal final. Photo: @SportNewoficial | Twitter

“It was heaven and hell at the same time,” said Reus. “It was my first title and of course I wanted to celebrate it differently than with a cruciate ligament injury. However, I think that is only human and it’s important to let your feelings out.”

Reus only appeared in 17 Bundesliga matches for Dortmund last season while dealing with a heel injury and various muscular problems. When healthy, the 28-year-old was simply sensational, scoring seven goals and adding four assists while also registering four goals and one assist in only four Champions League appearances.

Unfortunately, this has become all too familiar for Reus and for those eager to watch one of the game’s most supremely gifted talents. Injuries have limited Reus to only 29 international appearances with Germany, and they’ve robbed him of appearing at both the 2014 World Cup and Euro 2016.

“I would give all my money away to be fit to be able to do my job, to do what I love — playing football,” he said.

Reus was omitted from Dortmund’s Champions League group stage squad back in September, meaning that he’s unlikely to return until after the New Year.

Having spent his entire professional career in Germany, Reus also revealed to GQ that he's contemplating his options with his current contract at Dortmund set to expire in 2019.

“Of course, there are four or five international clubs who interest me,” he said. “On May 31 next year I will turn 30. That would be my last big contract and a final opportunity to try something different. I have to be honest and fair by saying that I still don’t know where I’ll end up. At the moment, I’m very happy in Dortmund and not thinking about the time after 2019. But of course, the time will come and then I will sit down and calmly make a decision.”

Dortmund have begun league play admirably without Reus, opening up a five-point gap over Bayern Munich at the top of the table after seven matches. However, defeats to Tottenham and Real Madrid to start the Champions League group stage see the club contemplating an early exit from Europe’s biggest stage.