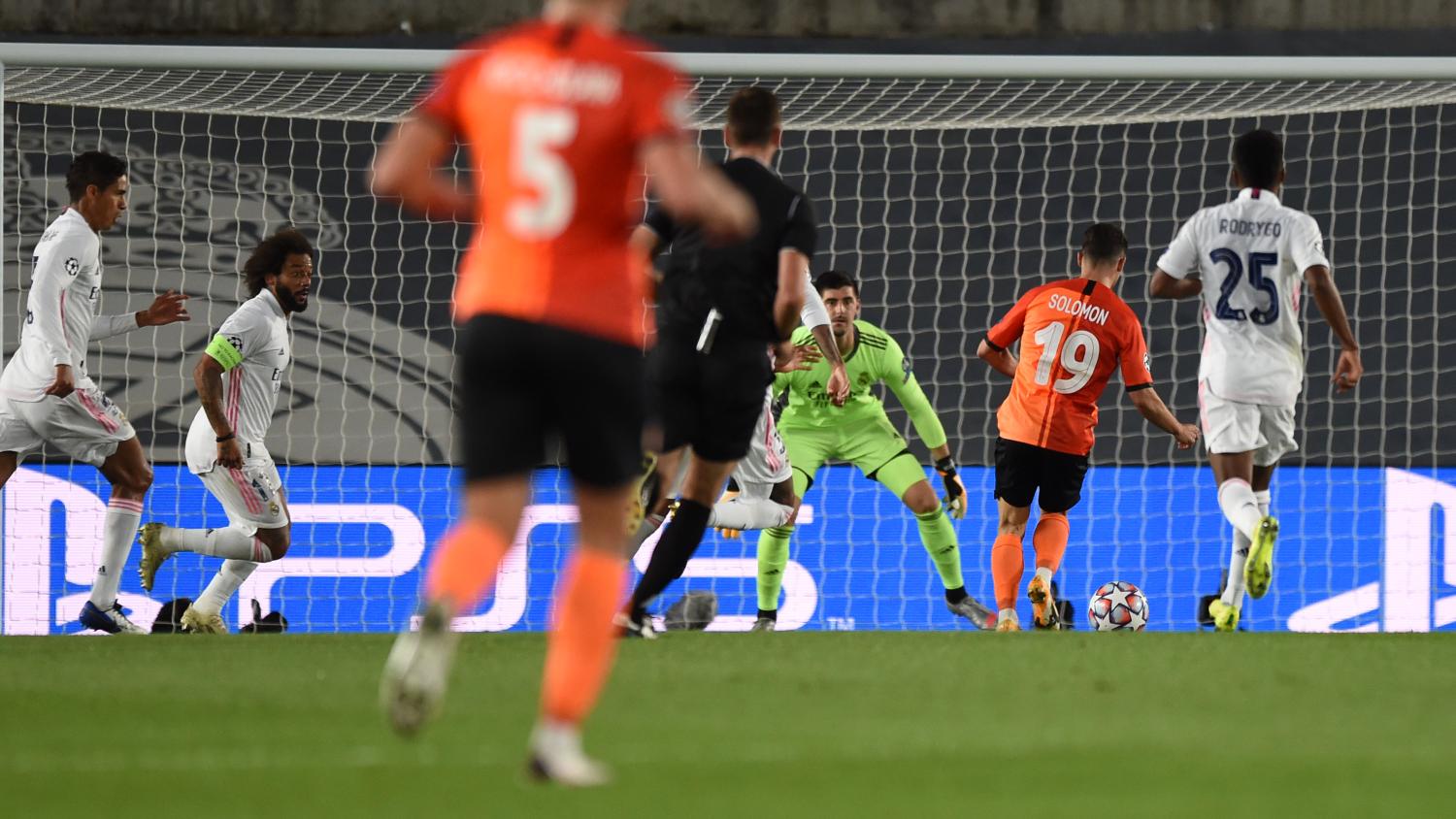 The 21-year-old is using the Champions League stage to his benefit.
Getty Images

It’s not the Santiago Bernabéu, but nobody goes to the home of Real Madrid (temporarily Estadio Alfredo Di Stefano) and puts three past the 13-time European champions INSIDE 42 MINUTES!

After losing 1-0 to Cádiz last Saturday, many predicted a performance of pure vengeance from Los Blancos in the Champions League — a feeling that was amplified by the fact that Shakhtar’s starting lineup was rocked by a combination of injury and illness, including a positive coronavirus test for star forward Júnior Moraes.

But Real manager Zinedine Zidane rang in the changes himself by placing Karim Benzema and Toni Kroos on the bench while captain Sergio Ramos sat this one out with an injury. Still, you don’t expect a spine that includes Thibaut Courtois, Raphaël Varane and Casemiro to crumble like this.

The first half beatdown began in the 29th minute after Viktor Korniyenko skipped around a weak challenge from Éder Militão and fed Tetê for the finish.

Well, this was not in the script was it?! Tetê finishes off the chance and it is 1-0 @FCShakhtar pic.twitter.com/IQS8olOdtq

Four minutes later, some more weak defending forced Courtois into a save, but the rebound was inadvertently turned home by Varane.

Well what do we have here?! It is 2-0 @FCShakhtar from a Raphael Varane own goal. pic.twitter.com/oaUdFEoPNA

Finally, three minutes before halftime, 21-year-old Israeli Manor Solomon made it 3-0 after dicing Rodrygo, sending Casemiro to the floor (!) and exchanging passes with Tetê. There's nothing like finishing a flowing move with a backheel assist.

A LOVELY move from @FCShakhtar and Manor Solomon makes it 3-0. WOWWWWW what a first half for them. pic.twitter.com/XclSMio0T2

At the time of writing, Luka Modrić had pulled one back for Real in fine Luka Modrić style and Vinícius Júnior made it 3-2.

QUE GOLAZO! Pick that one out. Luka Modric makes it 3-1 with this sublime effort. pic.twitter.com/dlteZvCQWo

Update: Shakhtar wins 3-2! Next up for Real is a trip to Germany to play Gladbach on Oct. 27.