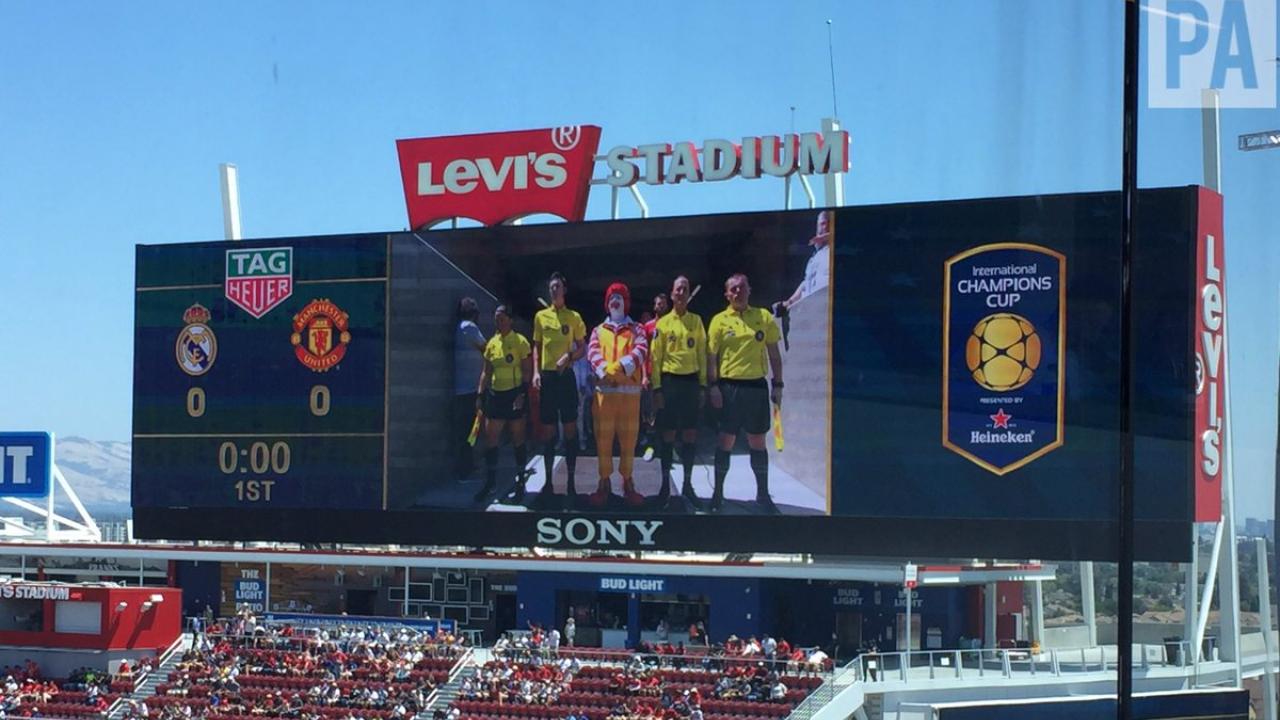 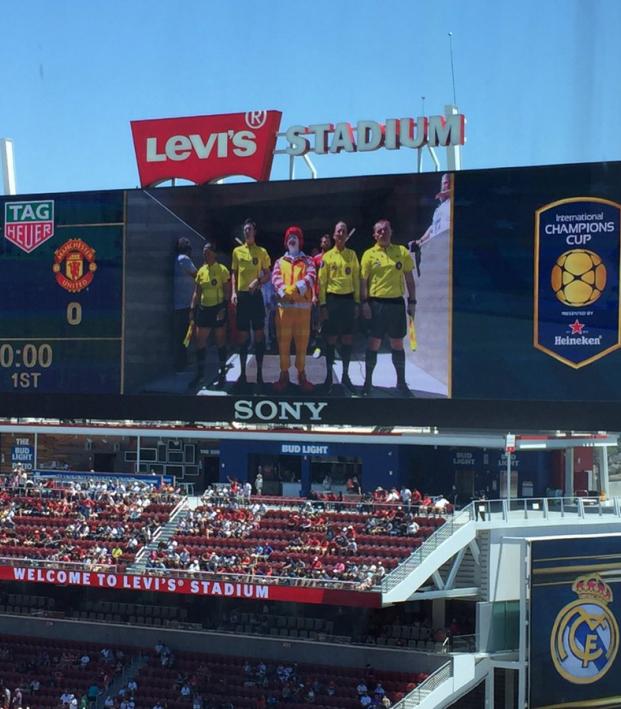 Connor Fleming July 23, 2017
Real Madrid and Manchester United played to a 1-1 draw and penalties in front of Ronald McDonald at Levi's Stadium.

But the script was flipped when Ronald McDonald was seen leading the players from both squads onto the pitch, and the McDonald’s clown provided the summer’s best moment by staying alongside the referees and shakings hands with the players.

United’s own resident clown Marouane Fellaini met Ronald and it was glorious. The clash of ginger-ish afros was the ultimate advertisement for the International Champions Cup.

The meeting clearly inspired Fellaini, who used his tree-like stature and velcro-like chest in the buildup to United’s opening goal. The run and assist from Martial was also a clear demonstration of the benefits of eating a 10 piece Chicken McNuggets meal before the game.

Real equalized after new signing Victor Lindelof committed one of the most blatant penalty offenses you’ll ever see. United supporters will hope the $40 million signing is a bit better than this.

With the scores level at 1-1 after 90 minutes, the match went straight to penalties. United won 2-1 in an absolutely pathetic shootout.

The match also revealed that Zinedine Zidane is not actually without fault — he tucks his ears into his cap, which is some kind of weird European thing. 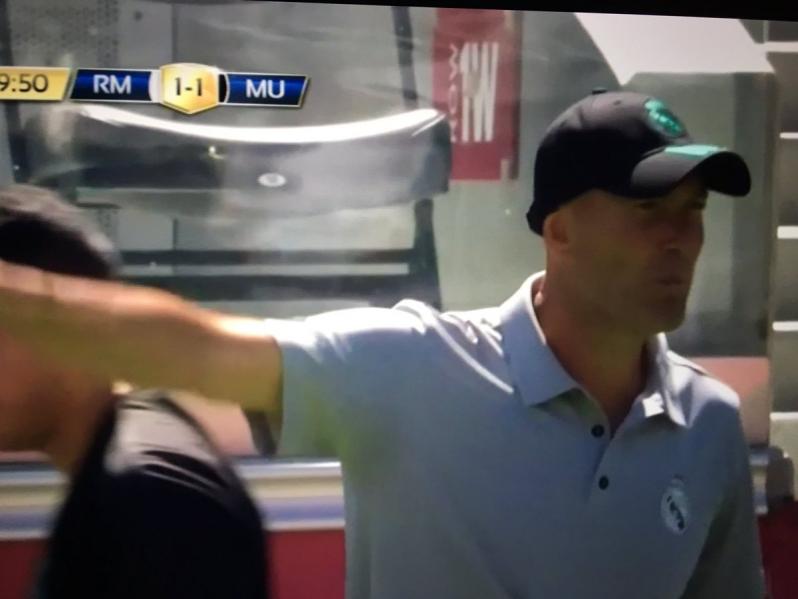