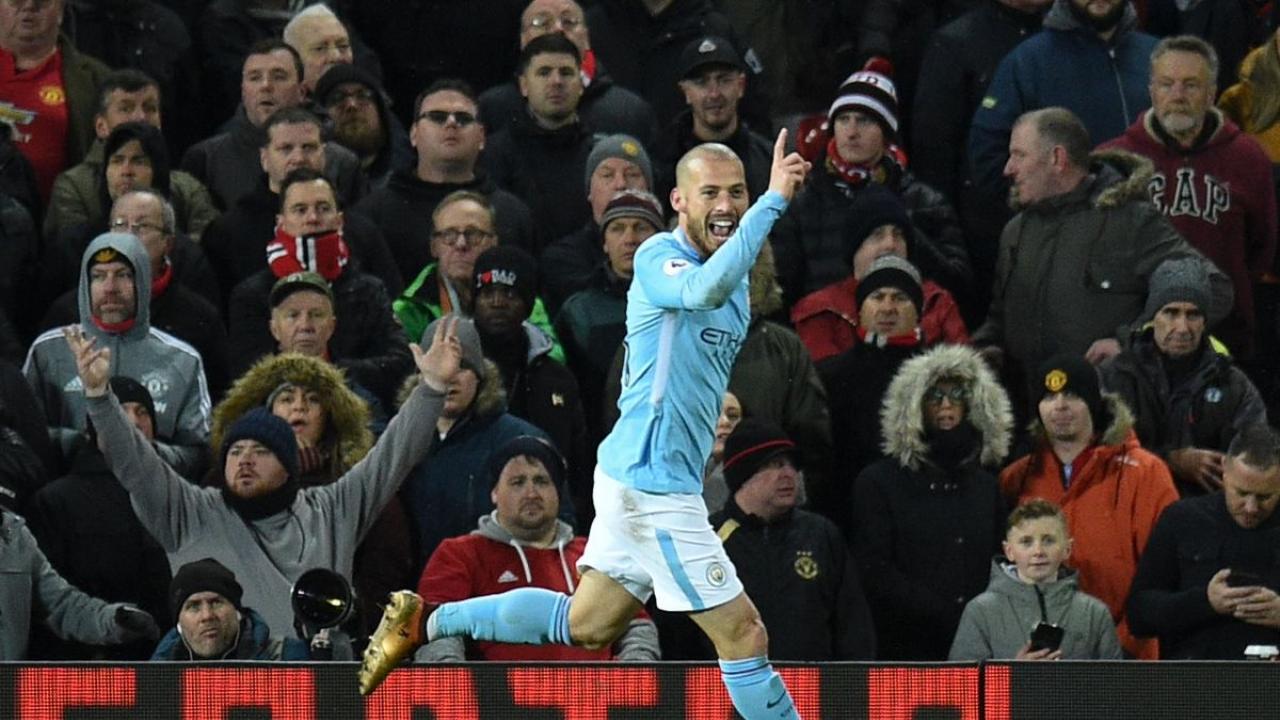 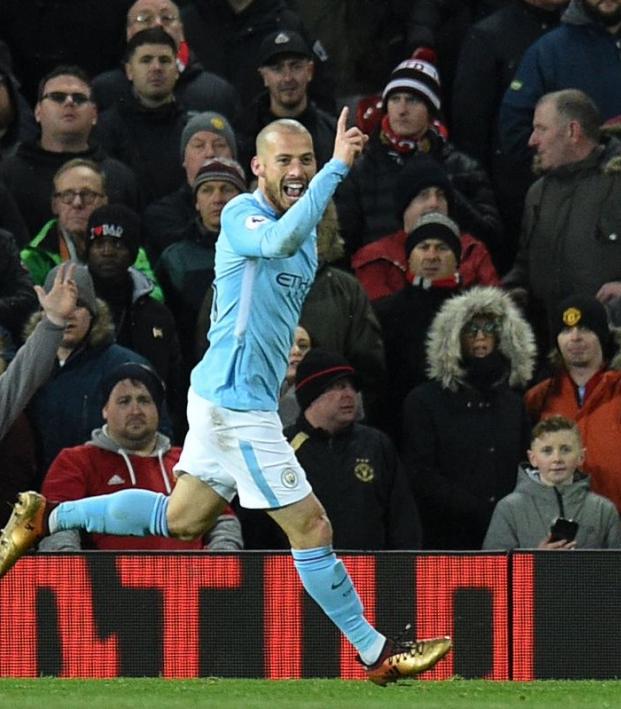 For all the attacking talent on display in the Manchester Derby, defensive blunders decided the outcome between Manchester United and Manchester City at Old Trafford on Sunday. And when the snow settled, City defeated United 2-1 to set the English Premier League record for consecutive wins at 14.

David Silva and Nicolas Otamendi scored on set pieces thanks to poor defending from United as Pep Guardiola’s side went 11 points clear atop the Premier League. While the 11-point difference isn’t unassailable, it represents a massive gap and is indicative of the massive gulf in class between City and the rest of the league this season. 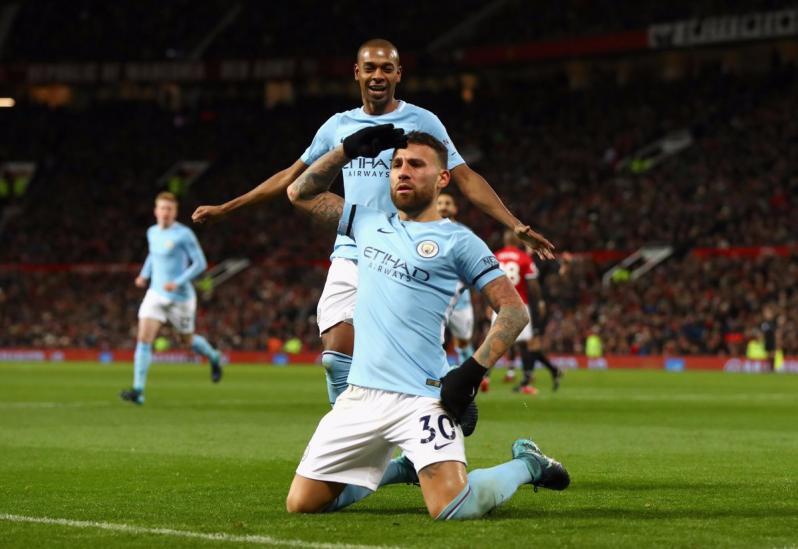 City had been tied with Arsenal (2001-02) and Chelsea (2016-17) for most consecutive Premier League victories before breaking through with the record 14th straight win. Arsenal also won 14 straight over two seasons (February 2002 to August 2002).

On the other side, Manchester United's 40-match unbeaten streak at home came to an end, just like we predicted.

Despite playing at home, Jose Mourinho’s Manchester United rarely attacked and rarely had possession as City controlled the match. The Citizens’ dominance on the pitch — if not the scoreboard — can be summed up by Gabriel Jesus’ run at Marcos Rojo in the first half. Rojo was subbed off at halftime.

City is also 14 points above Chelsea, which suffered a surprising 1-0 loss to West Ham on Saturday, and 16 points ahead of fourth-place Liverpool, which drew Everton 1-1 in the Merseyside Derby on Sunday.

In a first half dominated by Manchester City, David Silva put the visitors on top when he volleyed home off a corner kick. United’s defense disappeared after the initial ball in and not even David De Gea was going to keep the little Spaniard from scoring.

Manchester City had nearly 80 percent of possession when it scored the game’s first goal but Manchester United was undeterred and equalized right before the halftime whistle. Marcus Rashford took full advantage of two City defenders whiffing on an aimless long ball into the box, firing past Ederson to equalize in first-half stoppage time.

Rashford levels it right on the brink of halftime! #MUNMCI pic.twitter.com/g3moKGEsEY

Both managers took off defenders at halftime, Rojo perhaps because he was on a yellow card and pretty much useless against Gabriel Jesus and Leroy Sane. City captain Vincent Kompany was also taken off with an apparent injury.

City retook the lead in the 54th minute when Romelu Lukaku fluffed a clearance straight into the back of a teammate and into the path of Otamendi, who volleyed past De Gea similar to the David Silva goal.

The goal proved to be the decider in the Manchester Derby, though it at least spurred United to search for an equalizer instead of hanging on in defense.

Controversy struck in the 79th minute when Ander Herrera fell in the box looking for a penalty on Otamendi. At full speed and viewed from a distance, one might have considered giving United a penalty. Viewed from the referee’s angle and with the benefit of replay, the official appears to have gotten the call right, with Herrera throwing himself over the leg of Otamendi more than being fould by the City defender.

City will be happy it didn’t fall victim to a penalty like Liverpool in the earlier derby match on Sunday but it can thank its goalkeeper for saving all three points.

Ederson made the defensive play of the match in the 85th minute, pulling off a double save on Lukaku and Mata, using his face like a champ to stop the first effort from Lukaku.

Manchester City isn’t running as rampant as it was earlier in the season, instead settling for four straight 2-1 victories. But any win in the Manchester Derby is massive and the Citizens appear to be running away with the league title.

The only question now seems to be whether or not City can match Arsenal's 2003-2004 Invincibles.