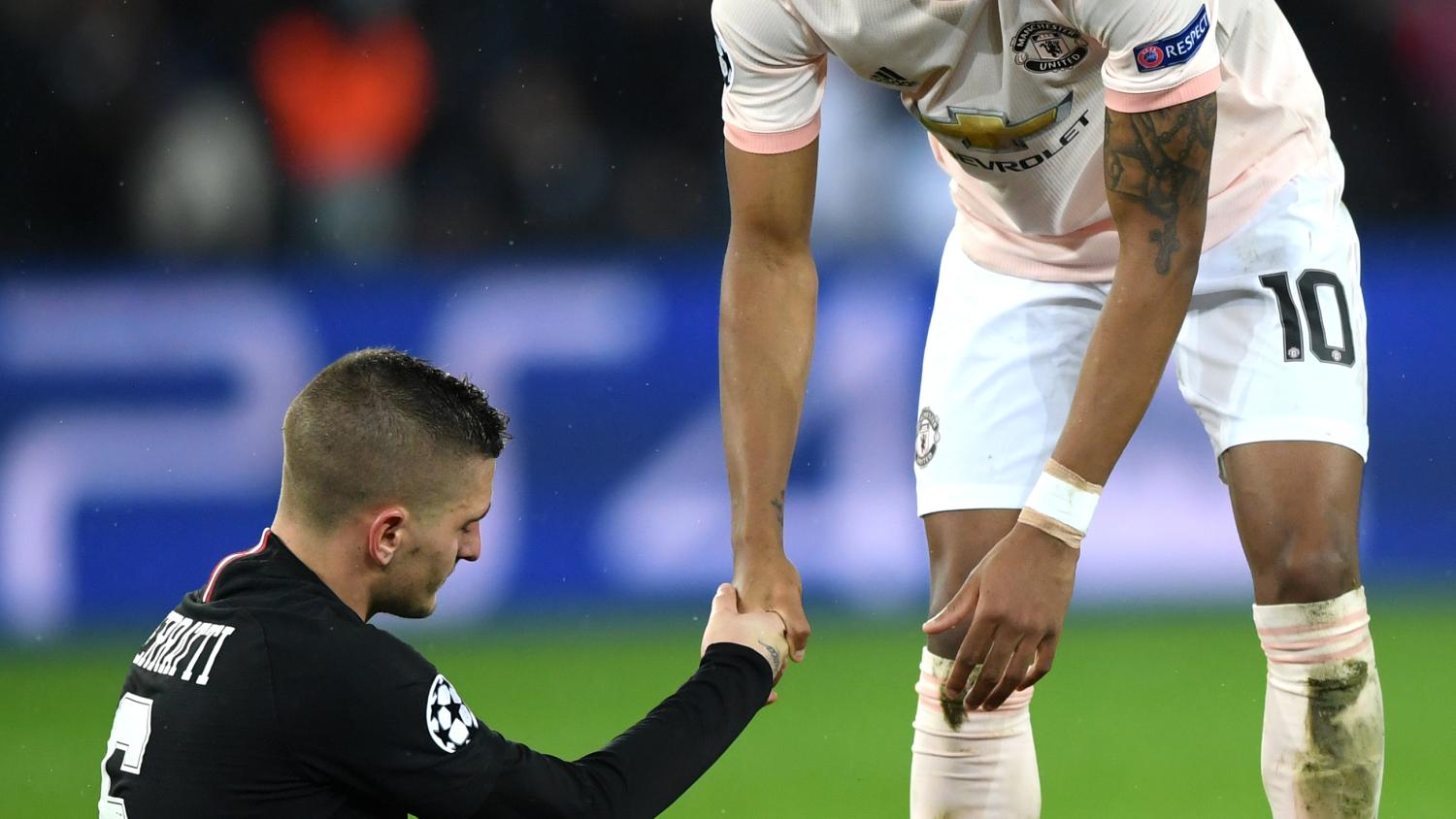 Manchester United came back to beat PSG in the Champions League Round of 16. But it wasn't a feel-good story.
Getty Images

When Barcelona recorded its unbelievable comeback win over Paris Saint-Germain two years ago at the Camp Nou, it was a story about a brilliant team coming together to defy the odds.

Ole Gunnar Solsjkær pulled off his latest magic trick as United manager, leading the Red Devils to a 3-1 win over PSG to advance on away goals 3-3 on aggregate. But the way it happened was stomach-churning to watch for all but the most hardened of United fans.

Manchester United pulled off the stunning comeback in the least remarkable way imaginable. The Red Devils didn’t boss the match, they didn’t dominate possession or and they didn’t create a lot of chances. They persevered and took advantage of mistakes, but for the most part were outplayed for 90 minutes by a team missing two of its best players (Neymar, Edinson Cavani).

And for 90 minutes it looked like PSG would advance, despite gifting United two goals. Nursing a one-goal lead on aggregate late into the match, United looked almost disinterested in seeking the needed third goal, ceding an insane 72 percent possession to the home side.

But in the closing minutes, VAR awarded the Red Devils with a controversial penalty on a hand ball.

The ball did strike the hand of Presnel Kimpembe so it was up to the referees to decide if it was worthy of a penalty kick. They deemed it so, and 21-year-old Marcus Rashford smashed the penalty past Gianluigi Buffon and Solsjkær pulled off yet another Champions League miracle.

Nearly 10 minutes of added time were tacked on at the end, but the introduction of Cavani did not prove fruitful for PSG.

Unless you’re a Manchester United fan, it’s hard to stomach. It's nothing like the feeling of watching Barcelona score three goals in seven minutes to beat PSG 6-1 (6-5 on aggregate) in 2017.

PSG nearly did enough to scrape past United, but two blunders (and that VAR call) will haunt the Parisians for at least another year.

Less than two minutes into the match, Thilo Kehrer, perhaps excited by the possibility of playing in the German national team more with the dismissal of Mats Hummels and Jerome Boateng, played a shocking back pass that Romelu Lukaku intercepted. The Belgian then rounded Buffon to put United into the lead, albeit still with work to do.

Mbappé made his lone positive contribution to the match in the 12th minute when he teed up Juan Bernat for an equalizer.

But before 30 minutes were up, United was back in front 2-1 thanks to a howler from Buffon, who at one time was the greatest goalkeeper in the world, if not all time.

The match remained 2-1 until second-half stoppage time. United didn’t show too much interest in winning the match until a late charge forward earned the fateful penalty kick.

This was not Manchester United making a spirited comeback like the 1999 team against Bayern Munich in the final. This was a team getting fortunate breaks to go its way.

But you can’t help but feel a little yucky about how it all went down.