Lacazette Found Two Inventive Ways To Score Vs. Man U — We Kinda Wish They Both Counted 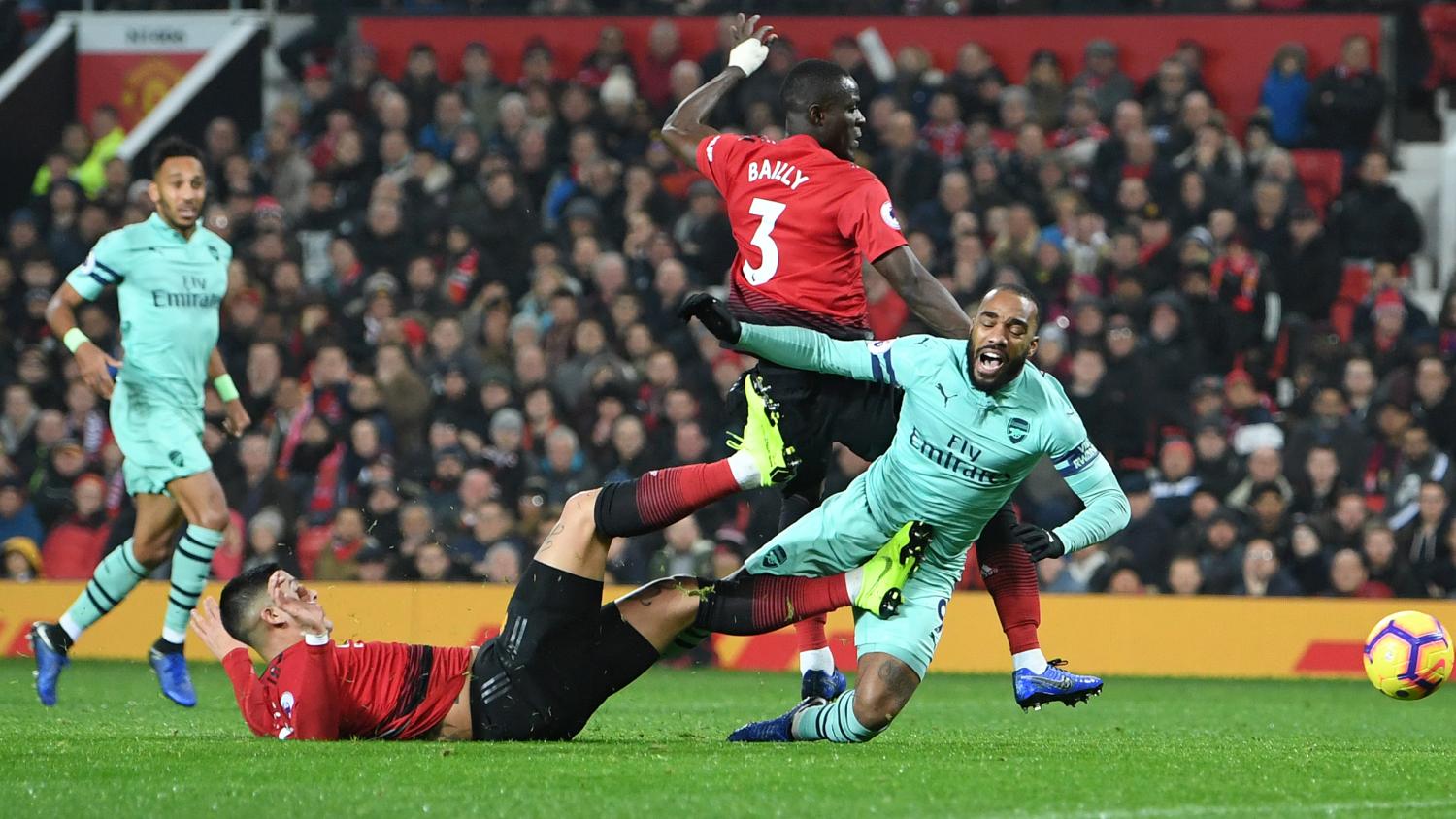 Manchester United and Arsenal’s 2-2 draw on Wednesday at Old Trafford was downright absurd at times. But given all the oddities in the Man U vs Arsenal highlights, one stands out as being a real missed opportunity for an inventive winner. And this match deserved a winner.

Referee Andre Marriner had a complicated match to officiate and whether you’re an Arsenal fan, Manchester United fan or a neutral, you probably don’t think he had a very good performance. Goal-line technology was called into use but you feel VAR would’ve aided this game immensely.

Jose that is a brick wall... pic.twitter.com/1NMcFx61DJ

Arsenal struck first in the 26th minute through a Shkodran Mustafi headed goal that slipped through the hands of the usually reliable David de Gea before being cleared. Ultimately, goal-line technology told Marriner the ball had crossed the line and he awarded the goal.

David De Gea has a nightmare and Arsenal take the lead! pic.twitter.com/5jjNJP7iW8

But the lead was short lived.

In the 30th minute, Anthony Martial turned the ball into goal on an assist from Ander Herrera.

Leno saves the free-kick but Martial is there to get the goal anyway! pic.twitter.com/Z1ThSHkeXm

However, replays suggest Herrera was offside on the initial free kick. VAR probably would have ruled the goal out, though it was close.

Later in the half, Marcos Rojo was fortunate to receive just yellow for going studs up and scissoring the legs of Matteo Guendouzi well after the ball had been cleared away. 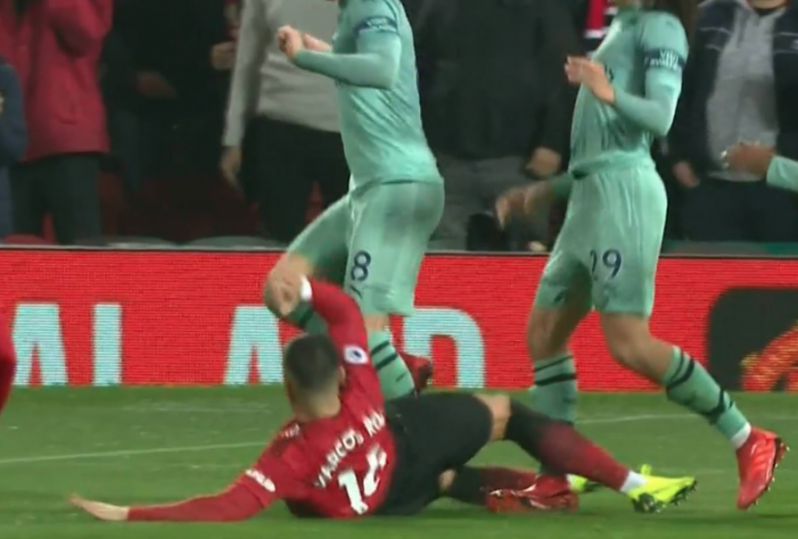 But that was nothing compared to what Marouane Fellaini did to Guendouzi in the second half. Fellaini, who until recent had a giant mane of his own, should know better than to pull on someone’s hair like this.

After Guendouzi got past Fellaini, Fellaini pulled his hair to bring him down. pic.twitter.com/ELcIsUrvrw

While Fellaini could’ve been sent off for that offense (we're not sure how Marriner did see it), to be fair to Fellaini, Marriner also whistled him for a foul when Marriner wasn’t even looking — and Fellaini didn’t even commit a foul for once. Such is the life the hulking Belgian.

The second half got even wilder in the 68th minute.

First, Rojo made up for not being sent off by gifting Arsenal a goal. The Argentine defender gave the ball away to Alexandre Lacazette, who played a one-two with Henrikh Mkhitaryan before somehow getting the ball past De Gea.

The goal maybe should’ve gone down as an own goal on Rojo, but this was just Lacazette’s first inventive way of scoring against the Red Devils, getting on the score sheet without getting the final touch while being crushed from two sides by defenders.

Once again, Arsenal’s lead didn’t last long. This time, moments after the restart, Sead Kolasinac turned into Rojo and gave Jesse Lingard a goal to equalize in the 69th minute.

This Manchester United-Arsenal match is wild

As much as the match was begging for a winner, it never came, though both teams tried.

Jose Mourinho did what he does as United coach and threw on Fellaini and Romelu Lukaku to try to lob the ball into the box in hopes something happens. As Neanderthalian as the tactics are, it often works for the Red Devils.

Arsenal, meanwhile, had two goals ruled out by Marriner.

The first was a clear case of Mkhitaryan being offside, but it was one heck of a finish from the former Manchester United midfielder.

It was offside, but WHAT A GOAL this would've been  pic.twitter.com/SL6fWG5PfO

The second was Lacazette being a bit cheeky.

De Gea held the ball out after controlling it, but left it too far from his body and the French forward snuck in and headed it out of his hand before shooting into the empty net.

Alas, the referee called it back, but it would’ve been an appropriate winner for this crazy match.

But at least we weren't subjected to a Fellaini winner.