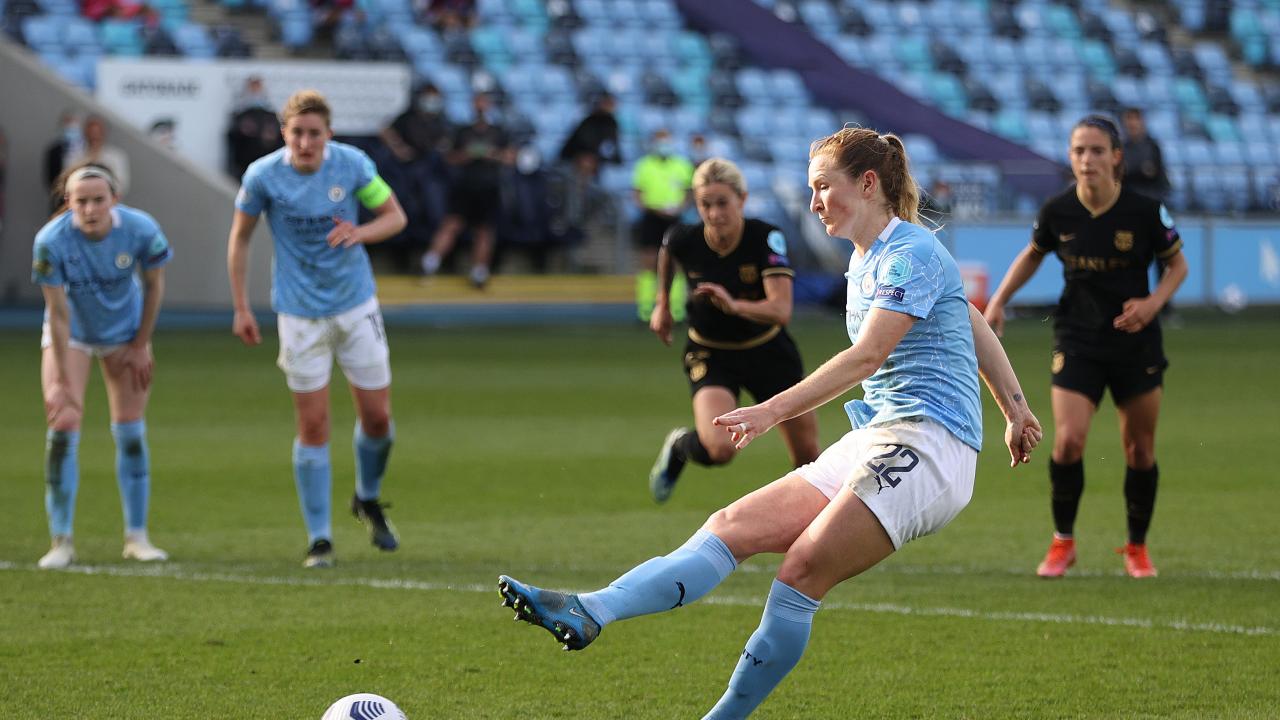 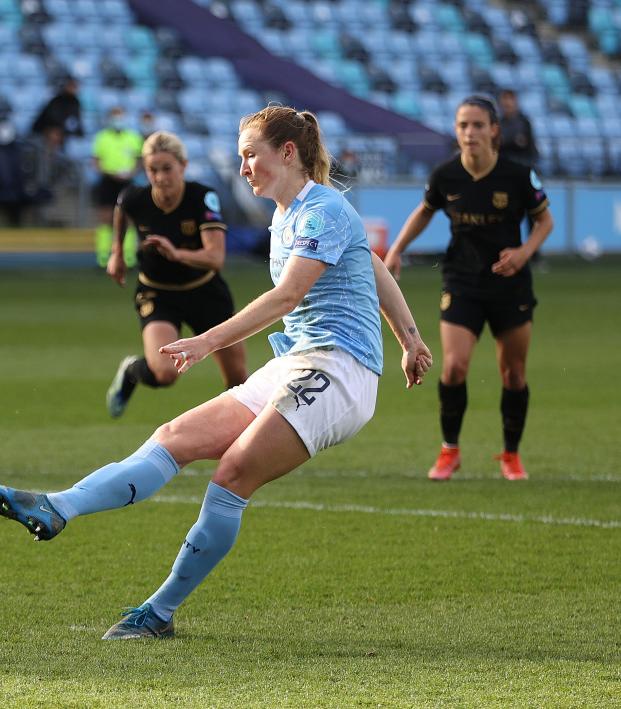 Barcelona advanced to the last four of the women's Champions League with a 4-2 aggregate victory over Manchester City after a 2-1 defeat in the second leg of their quarter-final at the City Academy Stadium on Wednesday.

They will meet Lyon or Paris in the semi-finals on 24/25 April & 1/2 May, with Barcelona away in the first leg. pic.twitter.com/C03JmoC9B9

City came into the game with a 3-0 deficit after losing the away leg, played in Monza because of travel restrictions, but they began brightly and pulled back a goal when Janine Beckie prodded home in the 20th minute after Barca had failed to clear a corner.

Asisat Oshoala levelled the score by slotting into an empty net in the 59th minute as Barcelona punished City for some poor defending.

But City continued to push and Ellen White won a penalty that Sam Mewis converted to make it 2-1.

The visitors had responded strongly to going down a goal and could have killed the tie in the first half but for defender Lucy Bronze, whose heroics twice denied Barca left back Leila Ouahabi on the goal line.

Barca will now face the winners of the quarter-final between Olympique Lyonnais and Paris St Germain, which has been rescheduled for April 18 after several COVID-19 cases in the Lyon squad.

Seven-time champions Lyon, which has claimed the last five titles, won the first leg 1-0 in Paris.

(Reporting by Shrivathsa Sridhar in Bengaluru; editing by Clare Fallon)