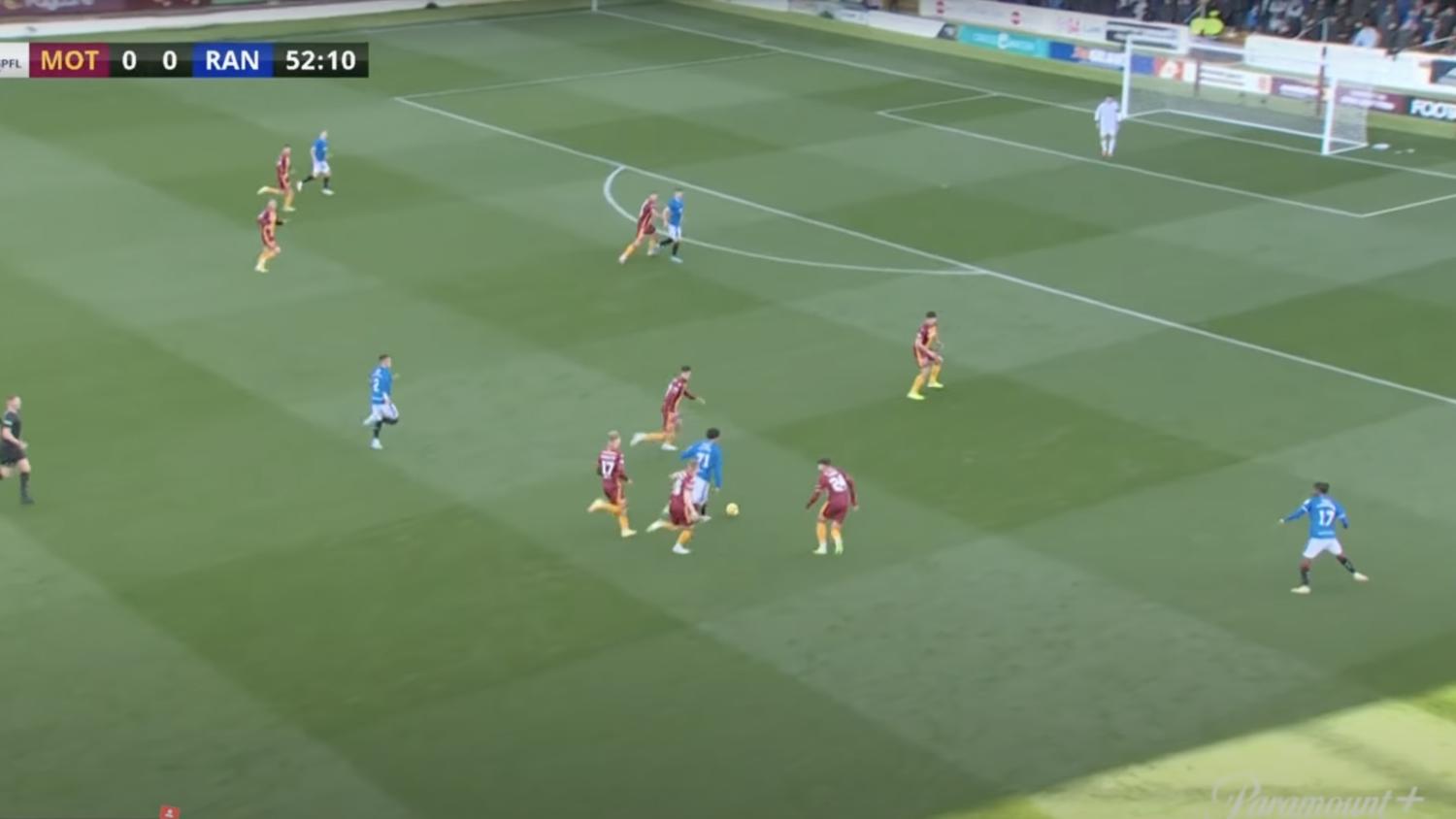 Tillman started his dribble inside Rangers' own half.
The18

Get Malik Tillman on the plane.

The 20-year-old USMNT prodigy is at that nascent stage in his career where there's going to be ebbs and flows. Tillman arrived on loan at Rangers from Bayern Munich and had an incredible August — scoring in both Champions League qualifying and the Scottish Premiership — but a downturn in form saw him left on the bench for Rangers' last league match and Wednesday's 7-1 UCL defeat to Liverpool at the Ibrox.

But that embarrassment opened the door for a return to the starting XI, and Tillman took up an attacking midfield role for Rangers' visit to Motherwell on Sunday. The team needed three points to keep the gap to Celtic at just two, but the score worryingly remained 0-0 at halftime.

Eight minutes into the second half, Tillman took possession behind the halfway line and drove through the channel. He accelerated beyond four, cut inside another and was suddenly through on goal.

The 20-year-old's finish was delicately placed beyond keeper Liam Kelly — no small achievement after running half the length of the pitch.

Tillman has two goals and one assist in eight Premiership appearances. He's made four appearances for the U.S., including two brief cameos (23 minutes and 14 minutes) in the September friendlies against Japan and Saudi Arabia. We want to see more of Tillman in Qatar.