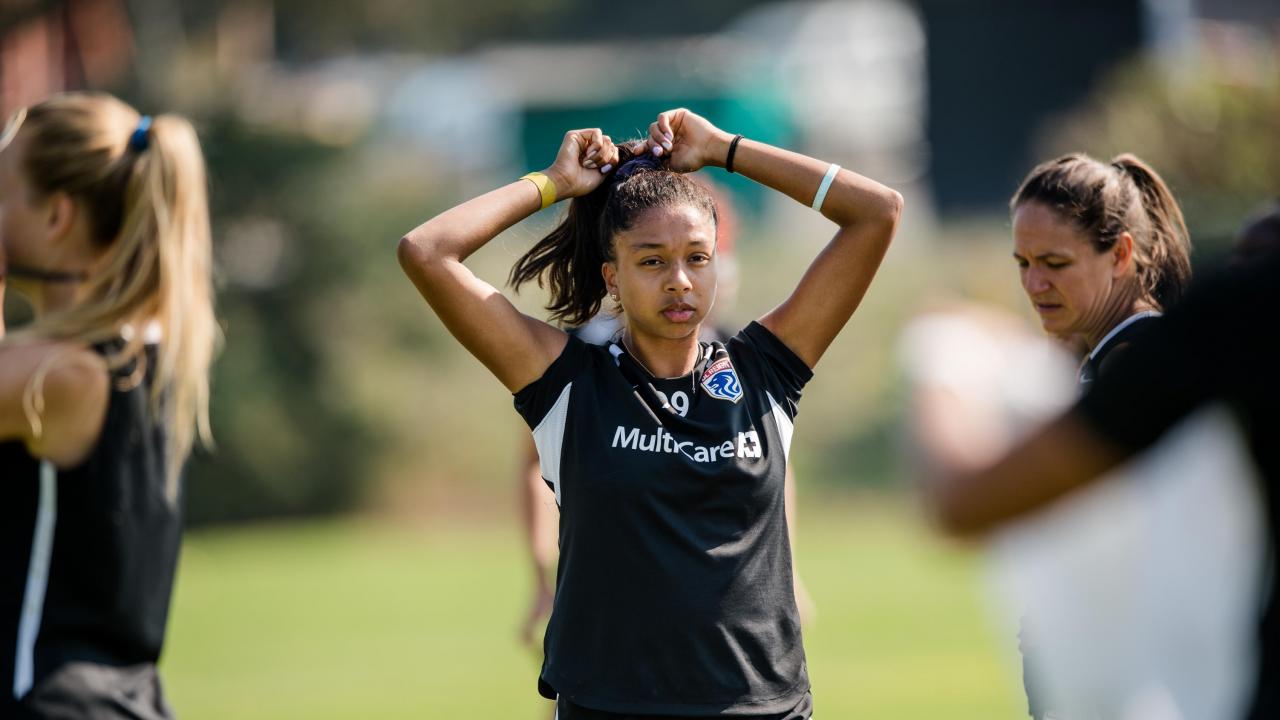 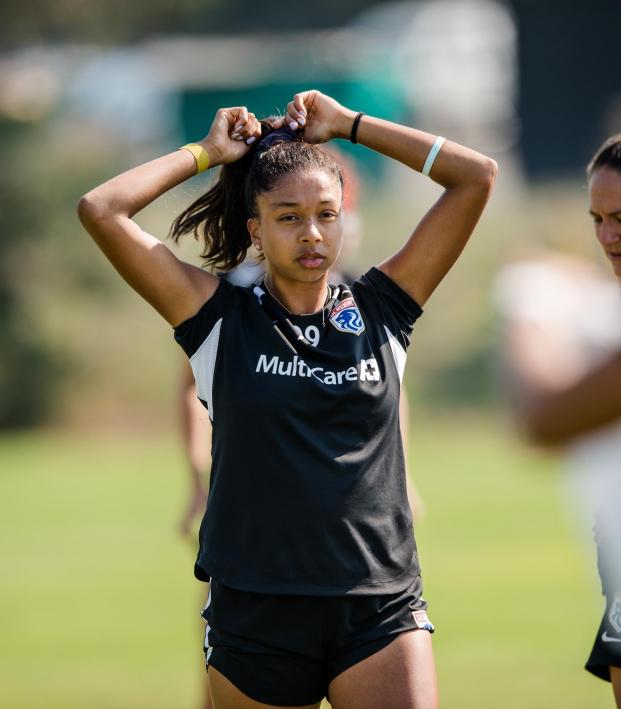 Hope Quinonez September 16, 2020
Hammond is the first Native American to play in the NWSL.

OL Reign rookie defender Madison Hammond uses her platform to inspire, change and raise awareness, and she really has wasted no time with her new professional status. Hammond was born in Albuquerque, New Mexico, where she grew up in the Navajo and San Felipe Pueblo tribe. She grew up practicing ceremonial days and adopted customs of her native tribe for most of her childhood.

Then when she turned 9 she moved to Alexandria, Virginia, where her environment was much different than what it was in New Mexico.

She adapted to the social norms of Virginia while still holding onto her childhood traditions. Hammond found herself learning about Native Americans in school and began to understand that the perception of Native people is not exactly what you are told in your history classes. She went on to study and play soccer at Wake Forest University, where she reconnected with her roots and grew a better understanding of how to use her platform to make the indigenous people known to the public eye through her play and actions.

As someone who has gotten the opportunity to play with Madison Hammond in our ODP Regional Camp days, I can say first hand she is one of the most humble and hardworking players I have gotten to play with. She is definitely going to thrive in the NWSL and inspire many young girls watching her play.

When she was signed by the OL Reign she made history by becoming the first and only Native American in the NWSL, but hopefully not the last. Her hope is to inspire other Native American girls to watch her and think that they can one day play on the biggest stage too. I am proud to say I have played with someone who is dedicated to her sport as well as passionate about where she comes from in hopes to impact the lives of others. Truly a must watch story by Men in Blazers below and shoutout Madison for being an inspiration!

This sport has meant everything to me my entire life, but I wouldn't be where I am without my family and my people who have given me the support and strength to chase my dreams. #TheFirstNotTheLast