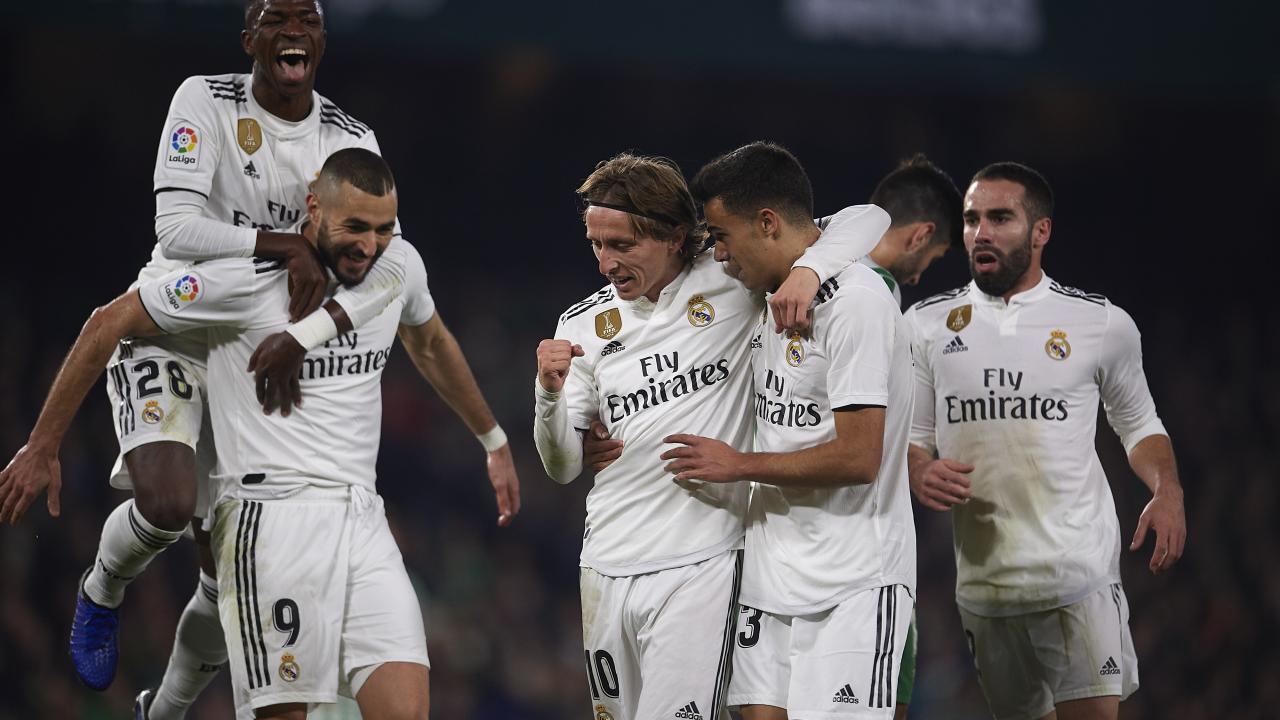 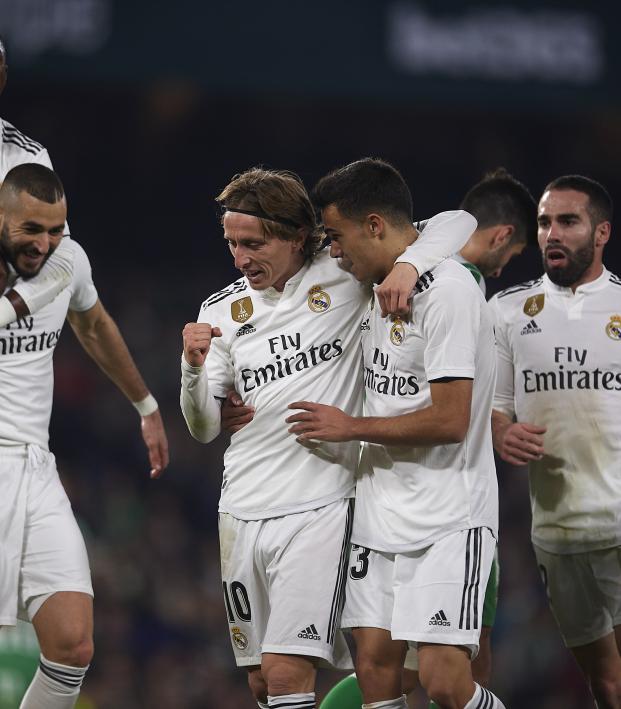 Luka Modric’s First Goal Of The Season Was A Banger

Luka Modric isn’t known for his goalscoring prowess. The most he’s ever registered in a LaLiga season for Real Madrid was three, back during the 2012-13 campaign. However, after scoring the opening goal in the FIFA Club World Cup final back on Dec. 22 — his first competitive goal since the banger he scored against Argentina back in June — Modric admitted that he should probably opt to go for goal more often.

“Everyone tells me I have to shoot more, although I usually prefer to pass. I should shoot more, it’s true,” he said following the 4-1 victory over Al-Ain.

However, after claiming its third-straight Club World Cup title, Real crashed back down to Earth when losing 2-0 at home to Real Sociedad on Jan. 6. After that game, Modric called on his teammates to take more responsibility and to stop cocking it up every time.

“We have to sit down, talk and see what is our problem. It’s not normal, it’s not just one time, this has happened many times. You have to find solutions, lots of players are not performing at their best. I have to improve and assume more responsibility. It’s a difficult moment for the club but these things have to unite us more.”

And so with Modric calling on himself to shoot more and take more responsibility, it should come as no surprise that the 2018 Ballon d’Or winner opened the scoring (and his LaLiga account for the season) with a rifled finish in the 13th minute of Real’s trip play Real Betis on Sunday.

Heading into the match, Real sat in fifth while Betis held the seven-spot, only four points back of Real. This was a massive encounter at the Benito Villamarín with 55,000 in attendance, and the home side delighted its supporters with the equalizer in the 67th minute. VAR took a look, but Sergio Canales was just onside to finish the pass from Giovani Lo Celso.

The match looked destined for a draw (or perhaps even a Betis win with the home side dominating possession), but in the 88th minute, Dani Ceballos scored the winner with a free kick from the top of the box.

The three points puts Real back in the Champions League places in fourth, and Los Blancos are 10 points behind Barcelona in first.

Andres Guardado went 85 minutes for Betis, but his compatriot Diego Lainez wasn’t in the match day 18 after arriving in Seville only yesterday following his transfer from Club America.

In other transfer gossip, Isco was left on the bench by Santiago Solari despite a multitude of Real injuries, and then the creator was overlooked on all three of the manager’s substitutions. The third sub was a LaLiga debut for 19-year-old Brahim Diaz, who just signed from Manchester City.